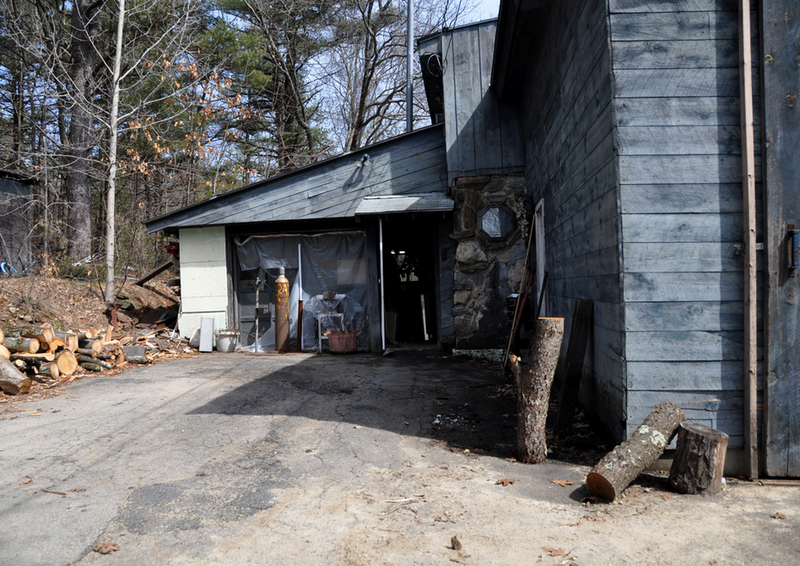 After six months of winter fabrication and occasional hibernation in George Reynolds wood-stove-heated shop, the new Morph III aluminum prototype is about to emerge. 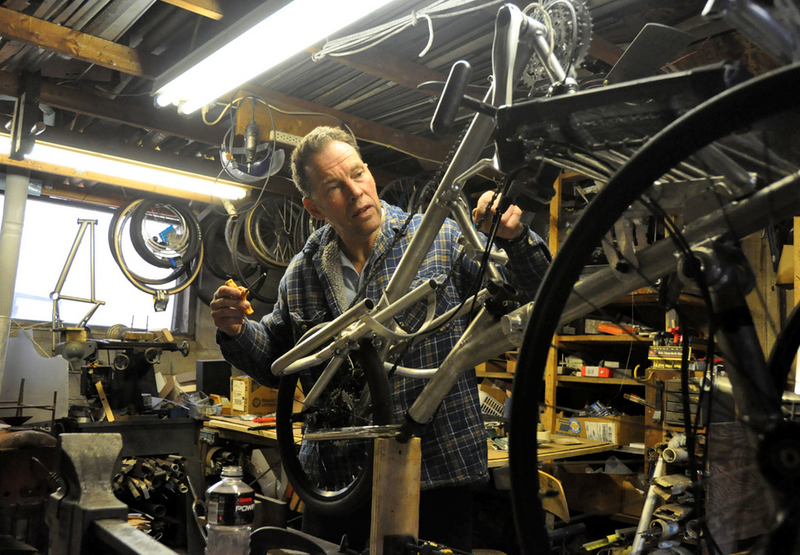 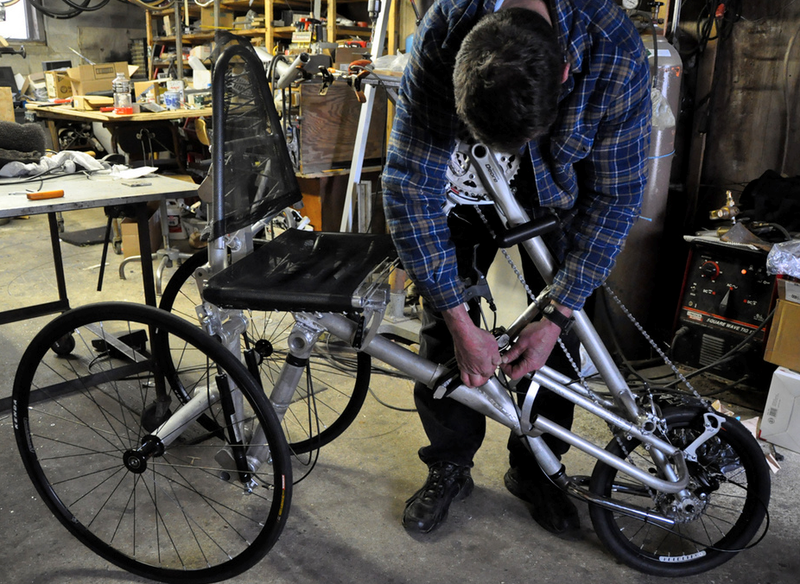 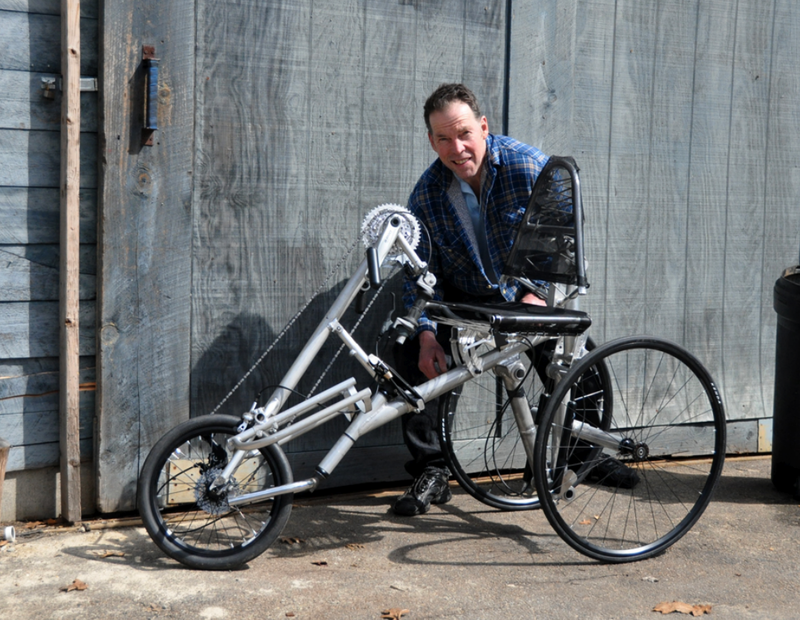 Morph III and George, smile for the camera! 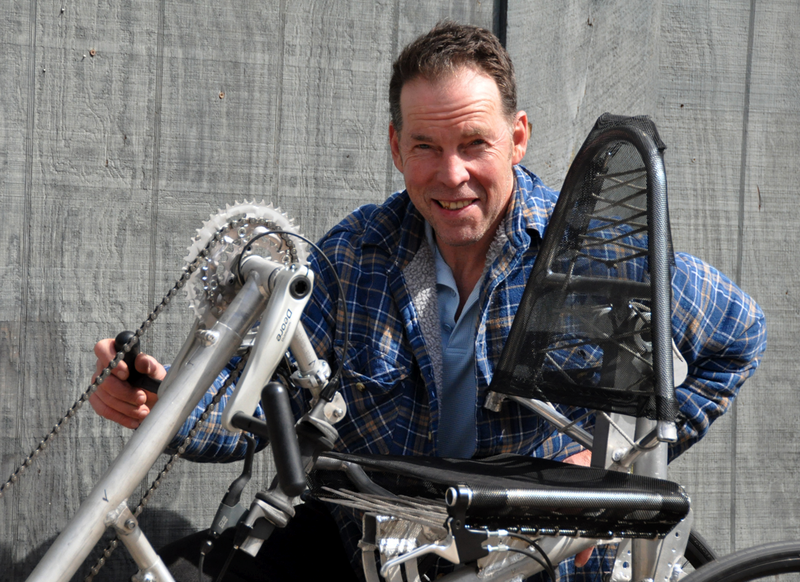 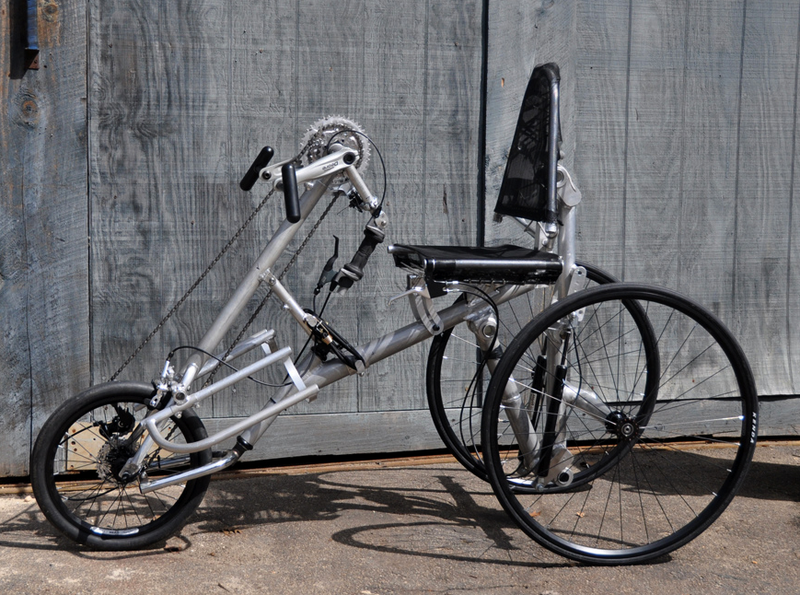 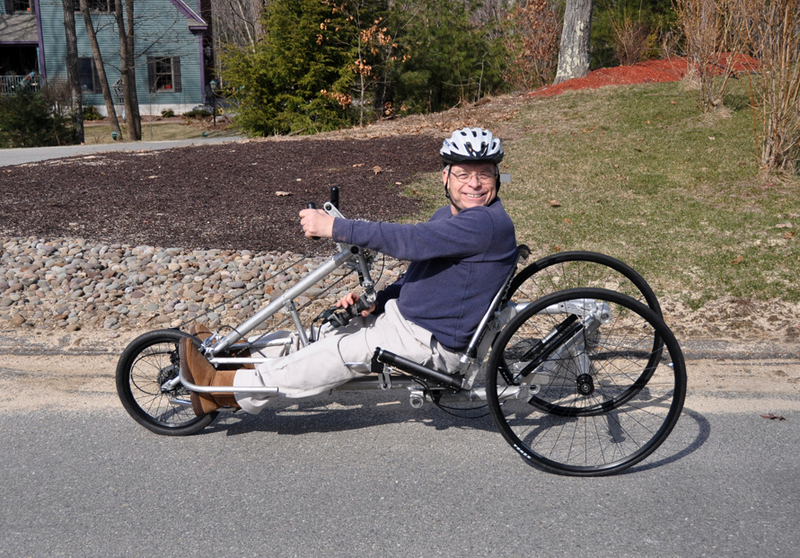 A very happy Rory McCarthy rides Morph III for the first time. Two main goals of the new design are achieved. First, the goal was to reduce the weight of the original steel prototype. That goal was achieved handsomely. Morph II weighed in at a stout 58 pounds. Morph III? Just 40 pounds! A full five pounds less than we estimated might be possible. We owe much of this to George's clever work with aluminum bushings.

The second goal was to get the low rider seat height down. That too was achieved. 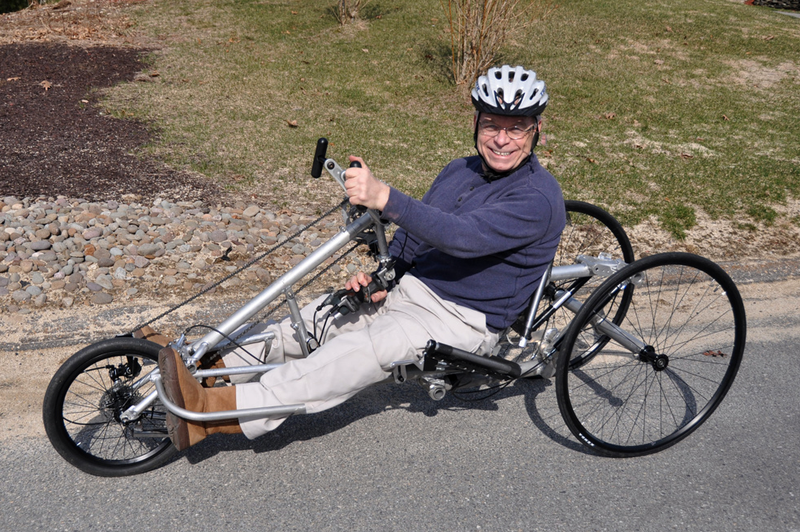 A man and his morph. Rory does look happy. (I wasn't there...George must have taken these photos.) 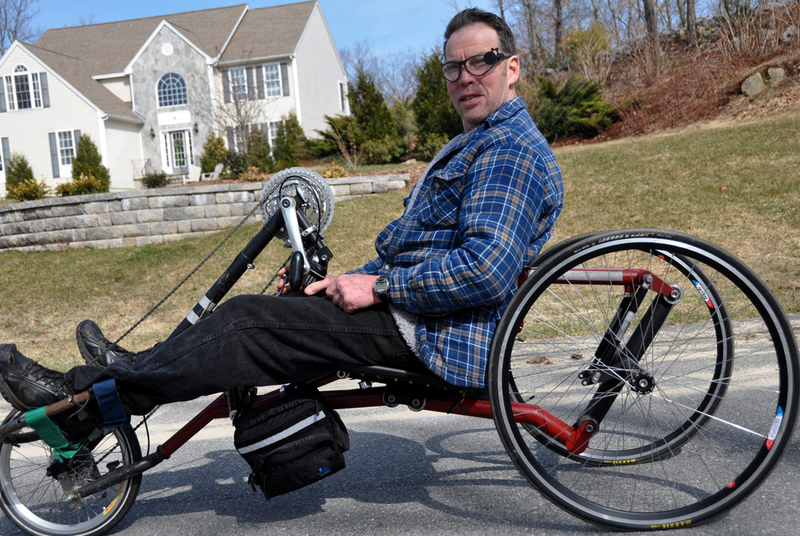 Side view of George Reynolds on Morph II. 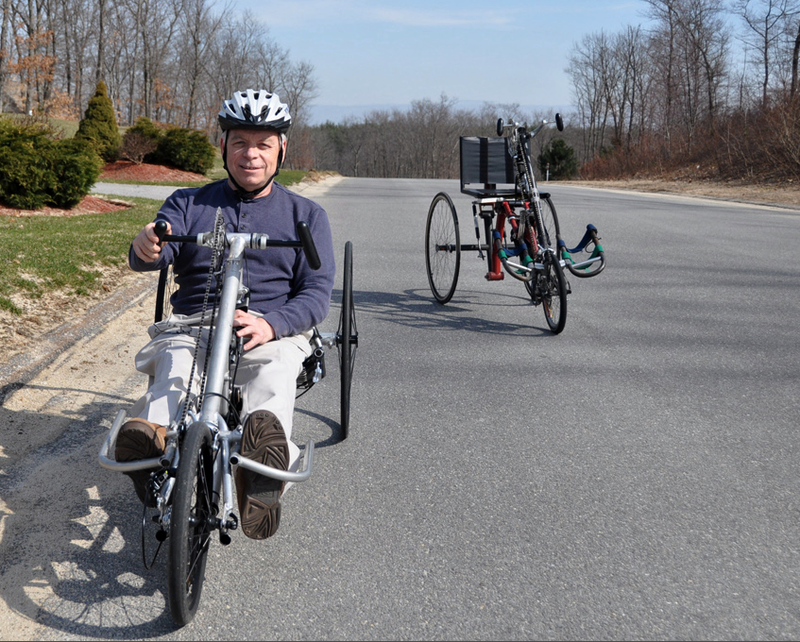 Rory and the emerging fleet of morphing handcycles. Morph II proved the concept, and Morph III proved that we can make a light, low handcycle that morphs. At 40 pounds, the morph is just six (!) pounds heavier than the Bobby Hall handcycle that we use as the "gold standard" comparison.