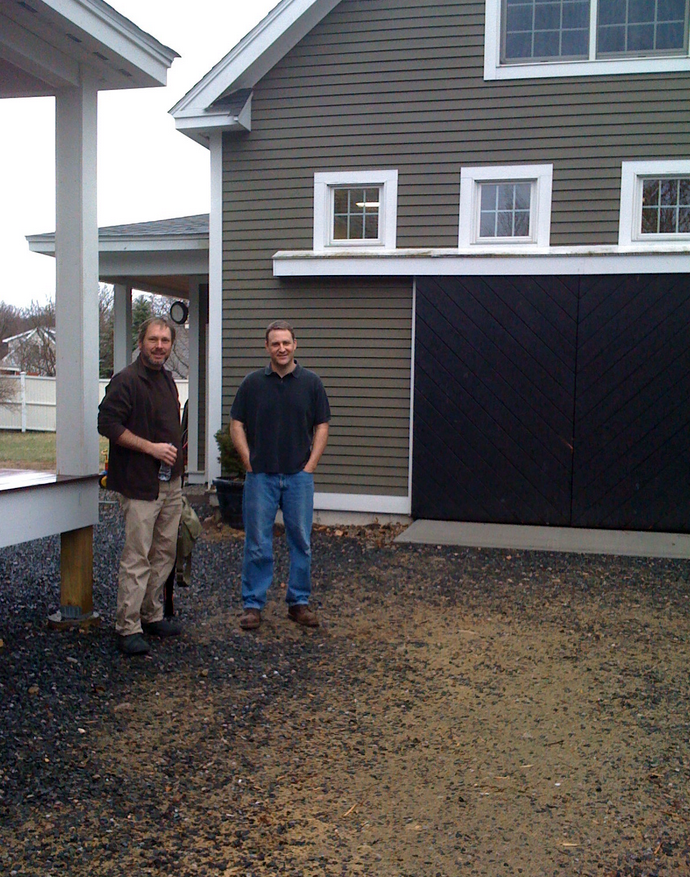 Alan Ball is on the left, with newest team member, John Baron, on the right. They are standing in front of John's brand new barn that holds his machine shop.

Alan Ball is an industrial designer, and he and John work together on projects. Alan recruited John to the project, and today is the first meeting. 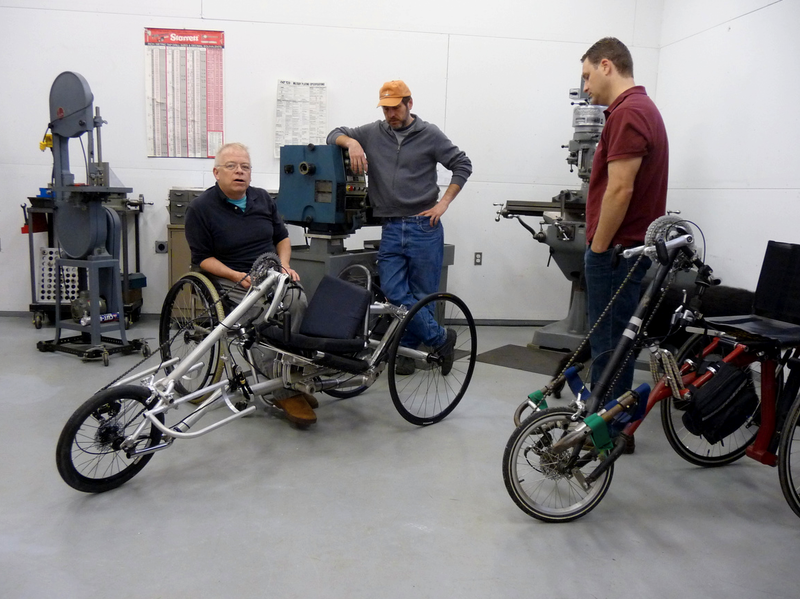 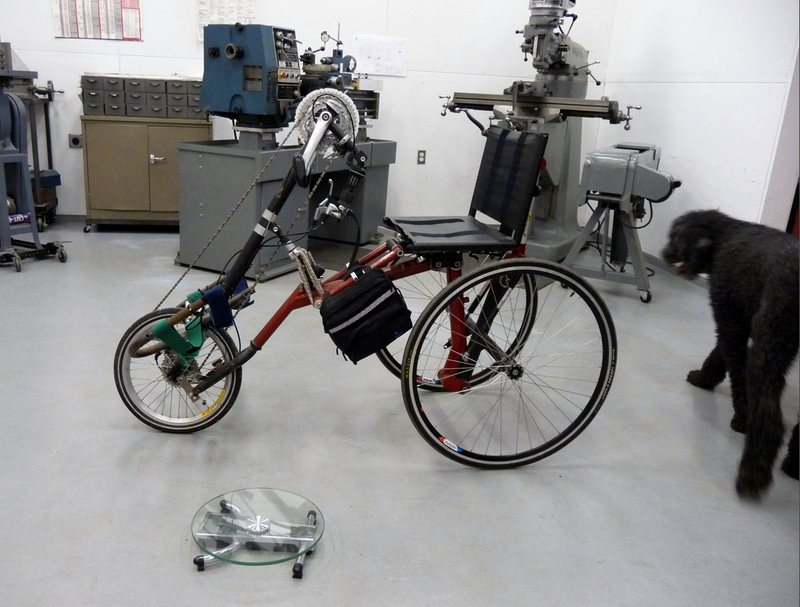 Alan's dog checks out Morph II before its high-tech weigh in. It comes to 58 pounds. 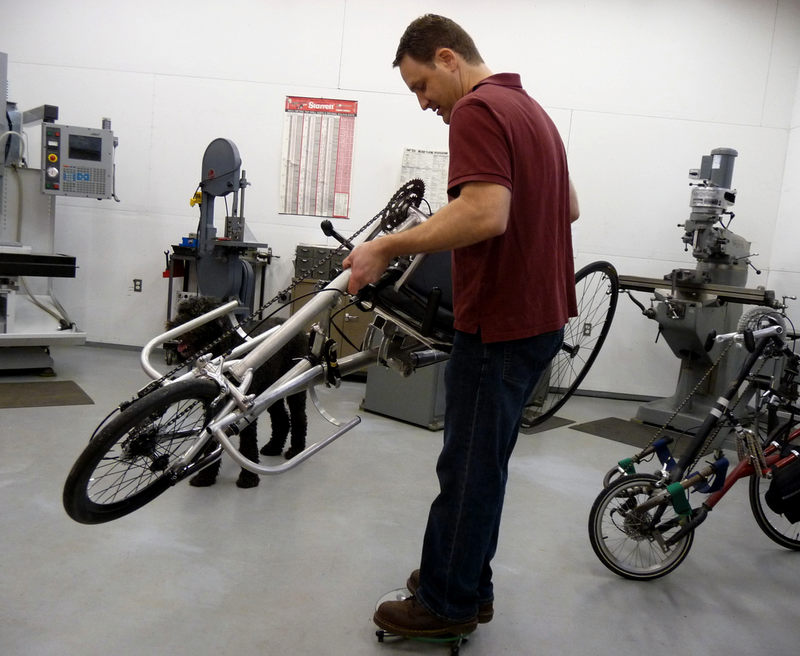 Now John Baron is holding Morph III. Weight came in at 40 pounds. Much of the savings was due to clever work by George Reynolds at Morph III's first home in Derry, NH. 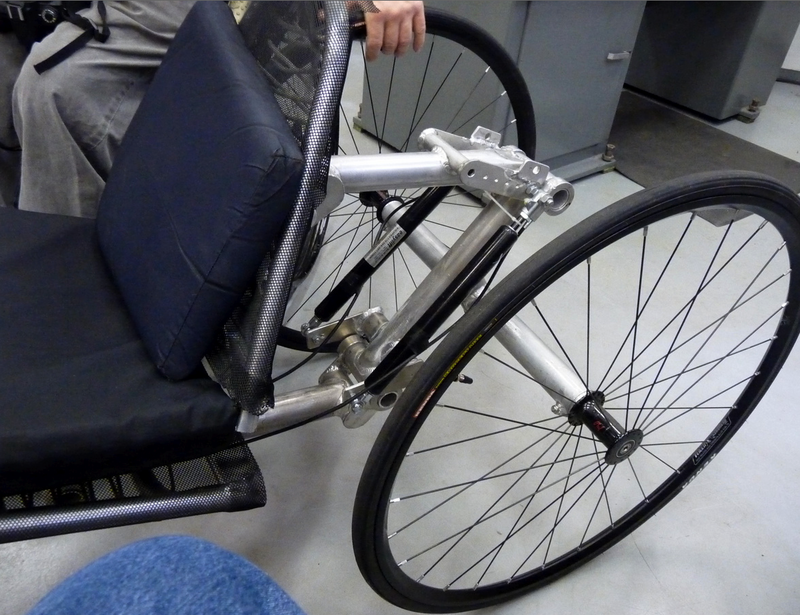 Morph III uses clever locking gas springs that are made in Germany. This lets you control the morphing process, and it lets you stop the bike at any convenient height to get on and off. That is really great, since getting on a low handcycle can be quite a challenge for many riders. 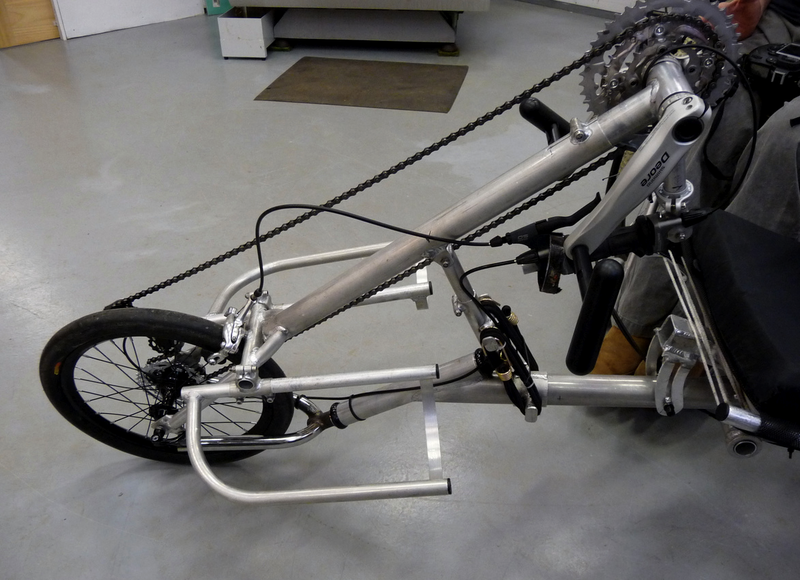 These footrests were designed by Geoge Reynolds. They are extremely light, and have a wide range of adjustability. 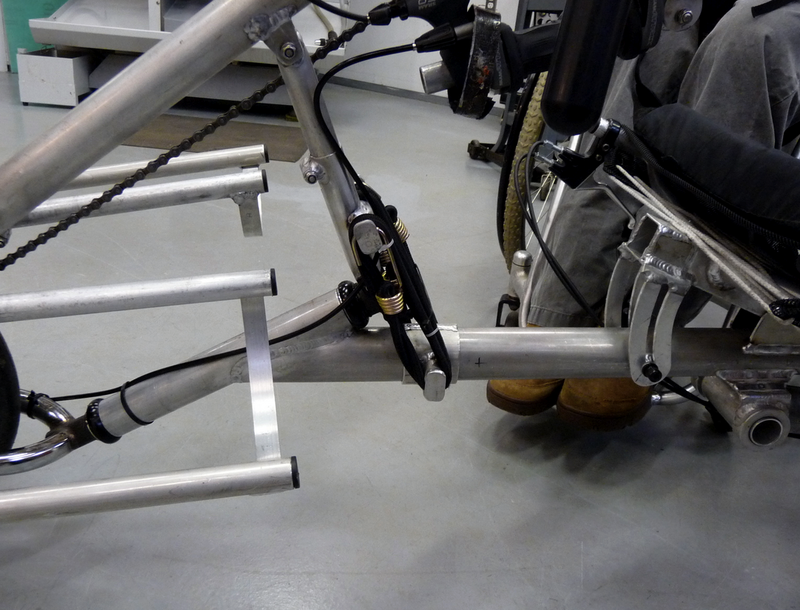 The black cords are the centering spring to keep the steering upright, especially for times when you must push the bike using the rear wheels. (Or when you are morphing up or down.) 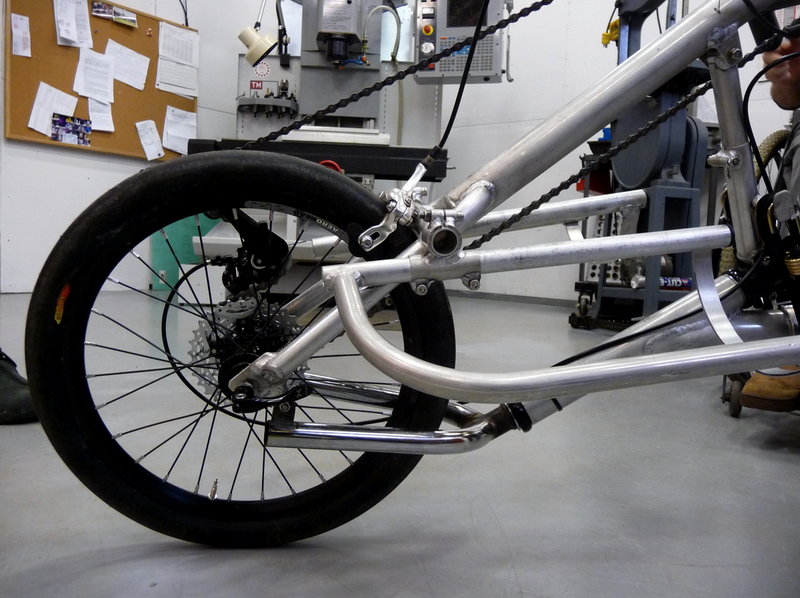 Front end closeup, low rider mode. If you extend the line of the head tube, you'll see that the bike has negative trail. (The extension of the head tube hits the ground behind, rather than ahead of the contact patch.) This negative trail is a problem, and we'll need ot reconfigure the front end eventually. But it will work for now. 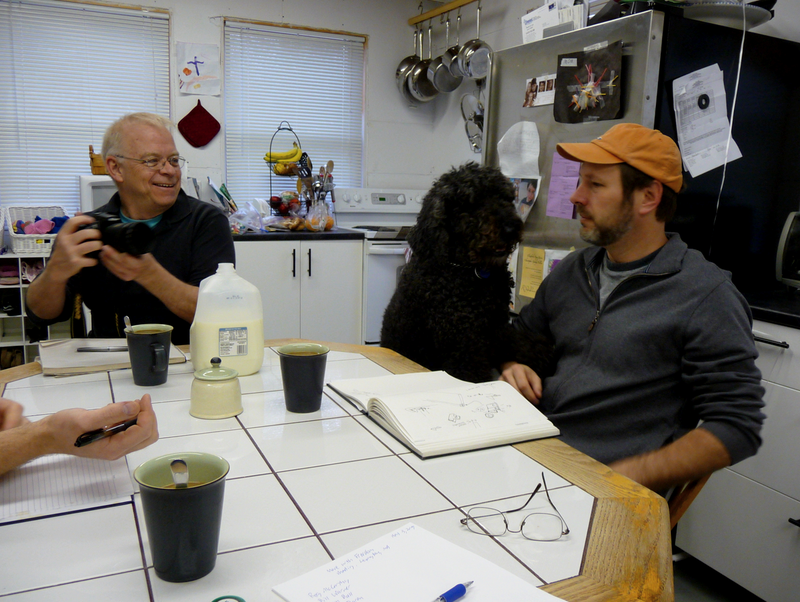 Our first meeting to discuss Move with Freedom. 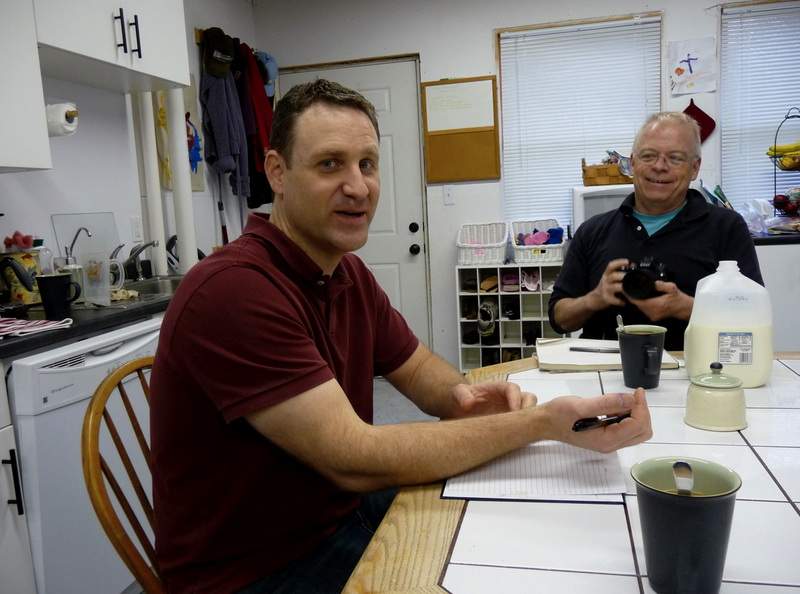 John Baron has joined the Move With Freedom team, and the gears in his head are already spinning.