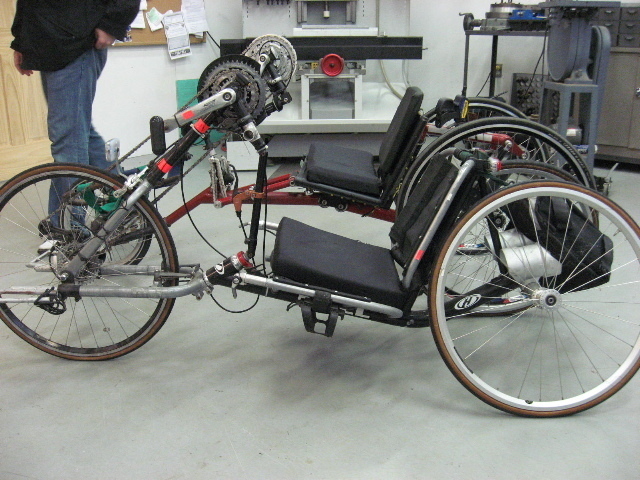 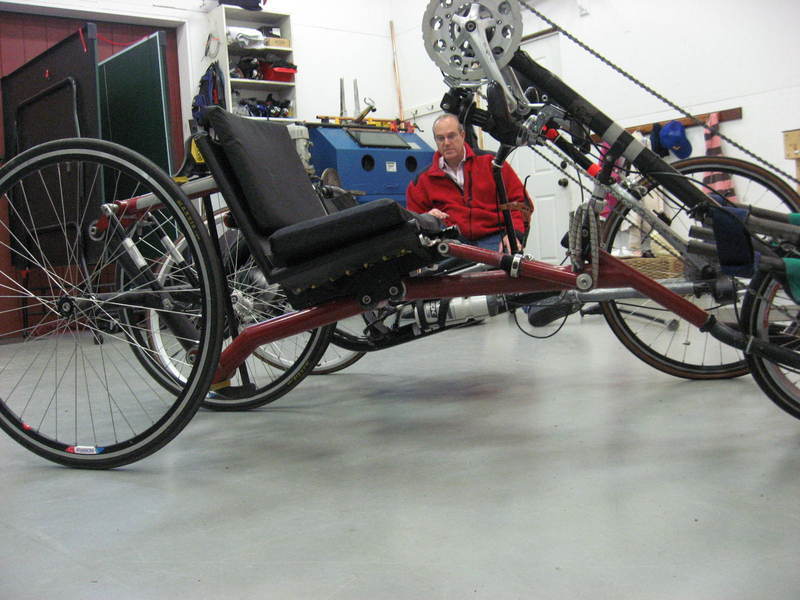 Same setup from the other side. That's me in photo position. 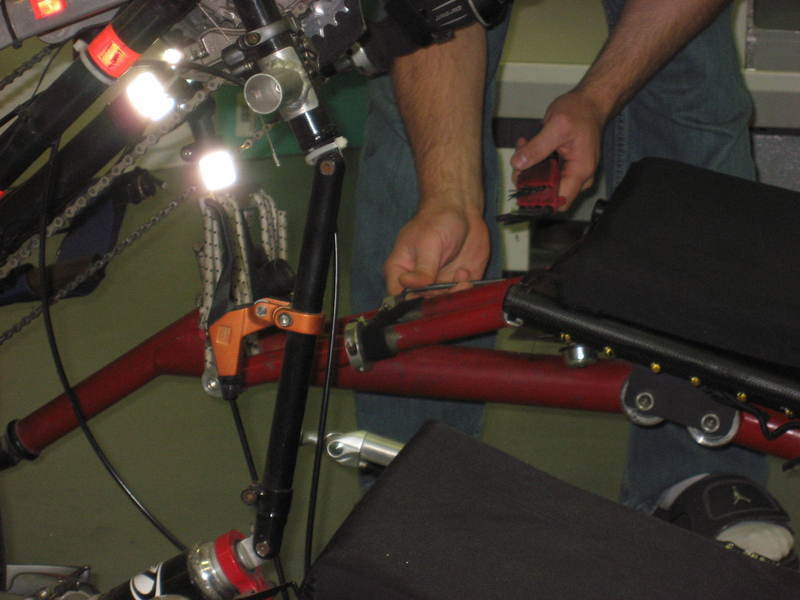 Here, John Baron is releasing the collar and removing the pins so the two struts will compress and will allow the Morph II to get to its lowest height. These struts and the forward hinge below the seat are part of the seat angle adjustment system that was part of Morph II. However, it turned out that these struts were under huge pressure, and riding shocks created even more force. This caused the locking pins to tear into the metal on the struts. Thus the collars had to be permanently locked. In this photo, John is releasing those locking collars. 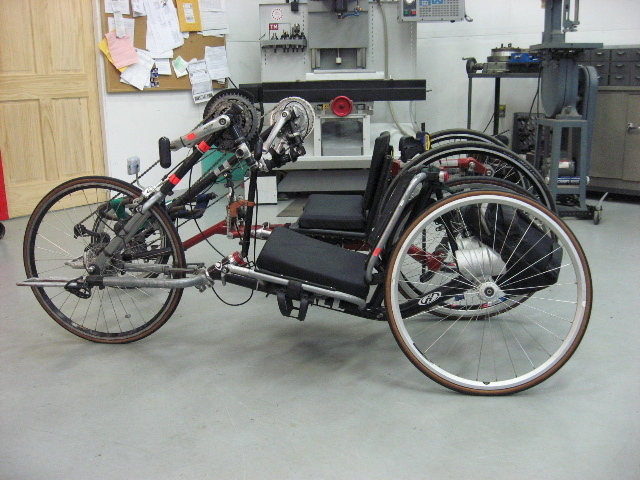 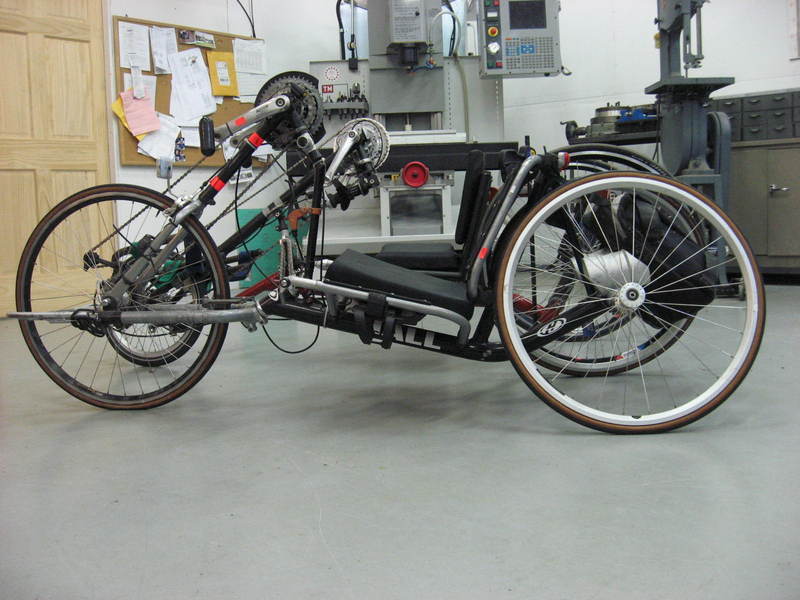 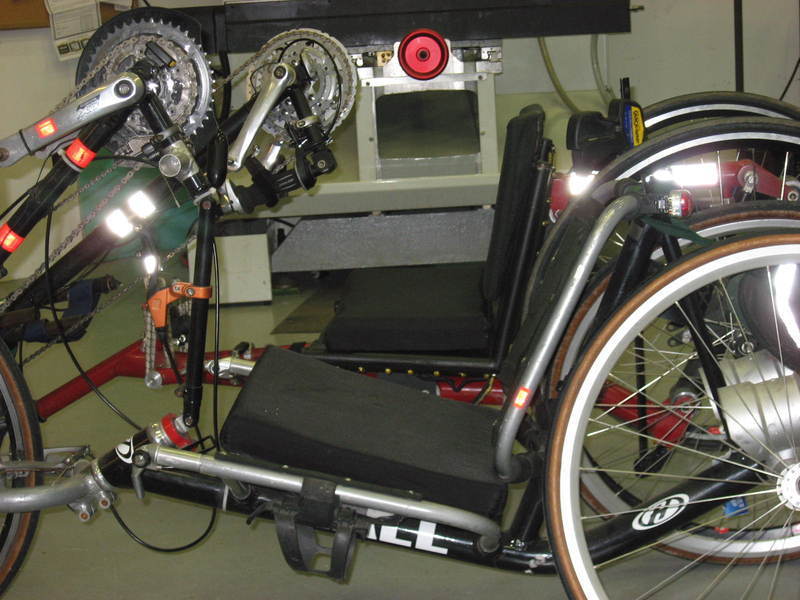 This closeup shows the seat angle differences. The camera used its flash, and you see the various reflective materials shining back. 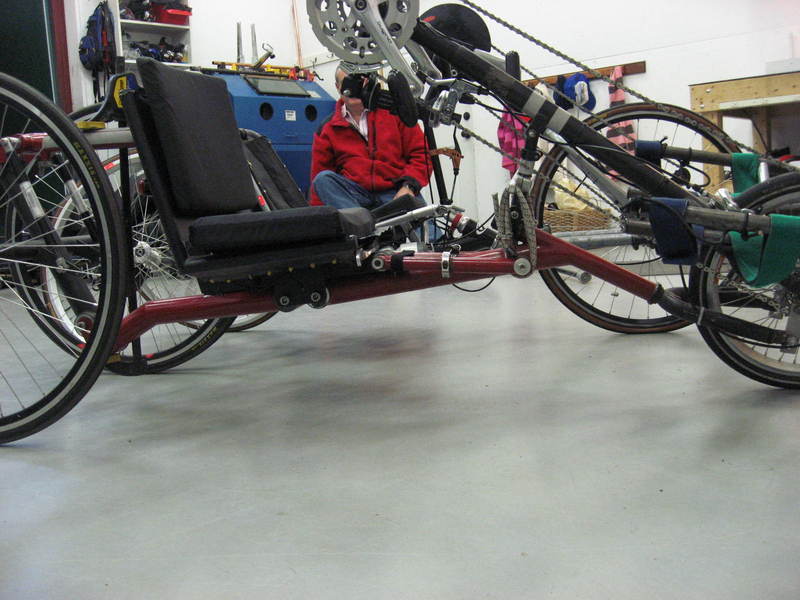 This photo, from the other side (you can see me in the background) shows the dual struts in their compressed state. 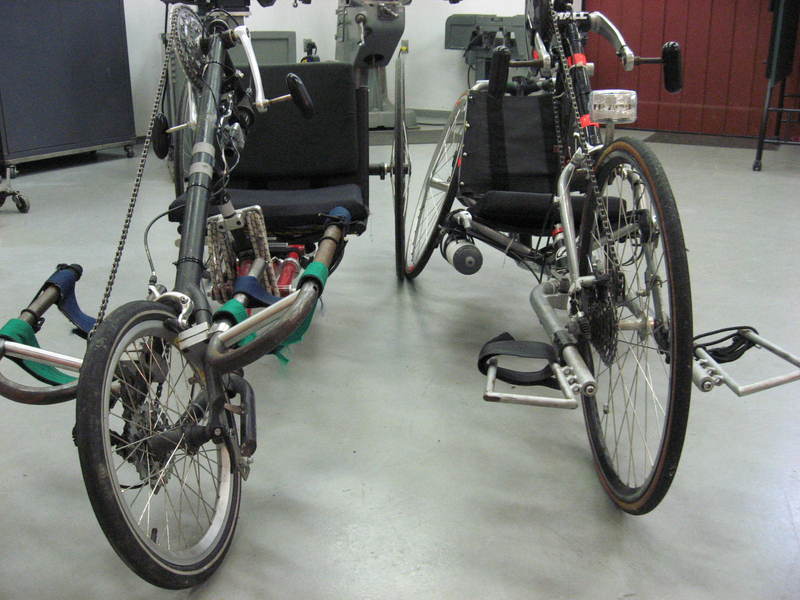 Front angle of the two handcycles. Note that the Bobby Hall has 15 degrees of camber on the rear wheels. Camber isn't possible on the Morph because the axel rotates and the camber would be unusable only at one position. 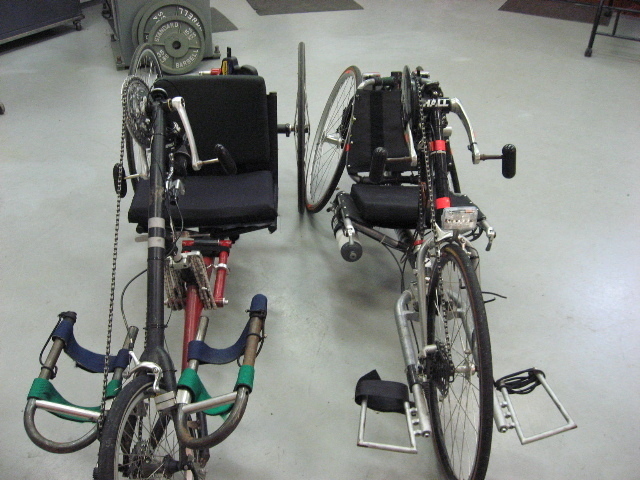 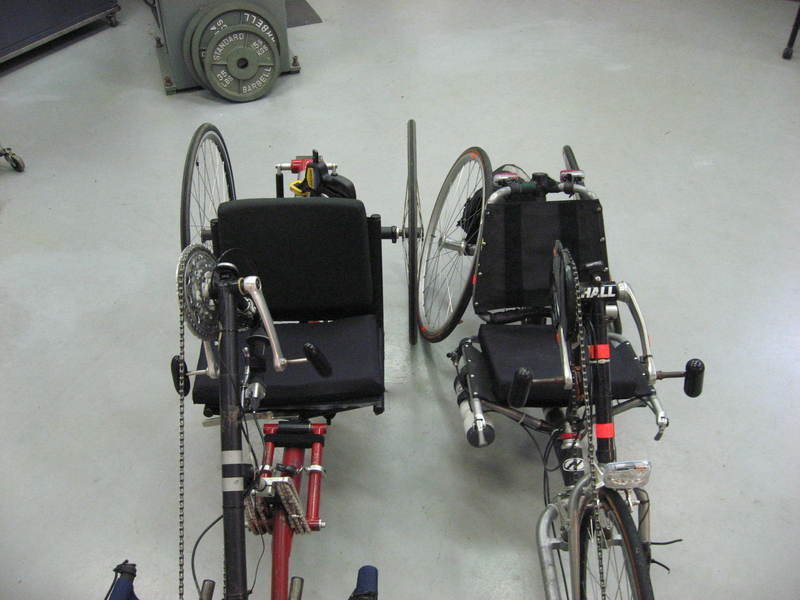 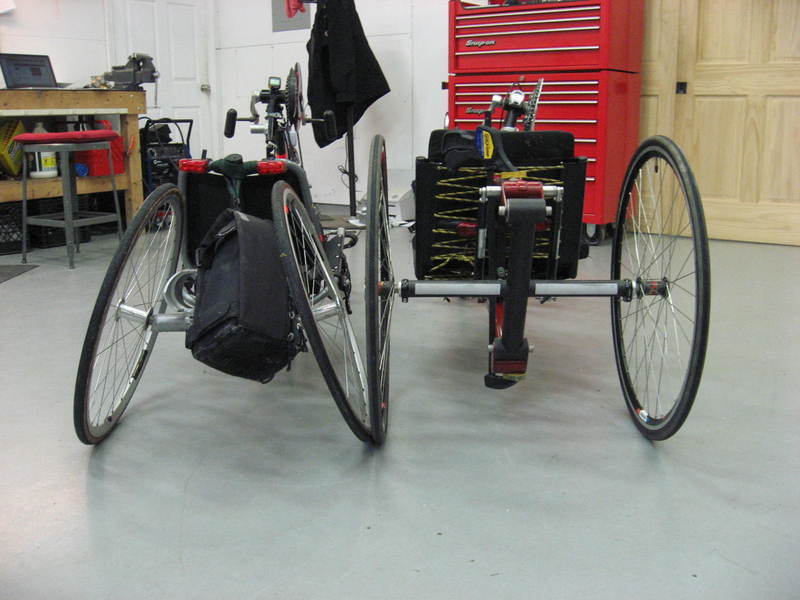 Note the difference in rear track width. The Morph looks much wider, but its not that big a difference when you measure at the ground. Note that the camber on the Bobby Hall is very hard on tires, and it seems to reduce rolling efficiency. Rory has changed his Bobby Hall to 9 degrees of camber. 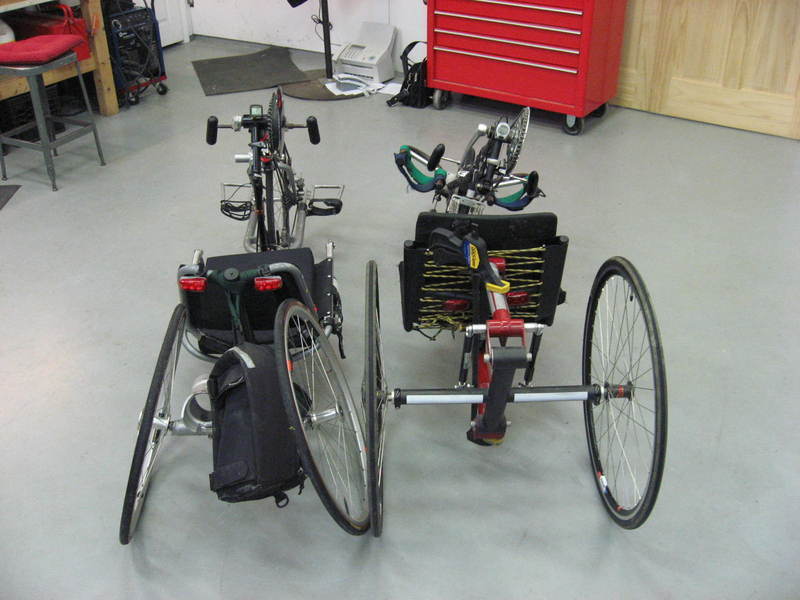 At this point we have two handcycles on the road. Morph II, shown here, is made of steel and weighs 58 pounds. Morph III is made of aluminum and comes in at about 40 pounds. Morph II's geometry is better, and it positions the front wheel and pedals better. It turns beautifully in high rider mode, and in low rider mode. But the seat is uncomfortable and the seat back too steep in low rider mode. The seat angle adjustment system has problems and generally needs to be locked on one place. The result is comfort in high rider, and good performance in high rider, but mediocre comfort in low rider and the too high seating position that you see above.

Morph III (not shown here) by contrast has some geometry problems that we hope to fix. It has negative trail in upper and lower modes (not good). The seat angle adjustment is different, but has been problematic to use, and it too is fixed in one position. Ah, seat angle adjustment. We are 0 for 2. On the next morph, we are looking at an automatic mechanism that will correct for seat tilt as you morph.

But Morph III's riding position in low rider is much better. It is low to the ground, and more stable. Rory rode it 110 miles (!!) in two days at the World T.E.A.M Sports Face of America Ride with soldiers riding from Washington DC to Gettysburgh, PA this April.