Here is a comparison of the dimensions of both designs. I sampled two dimensions that we measured in the shop: Morph II wheelbase, and Morph III wheelbase. Both match the drawings exactly! 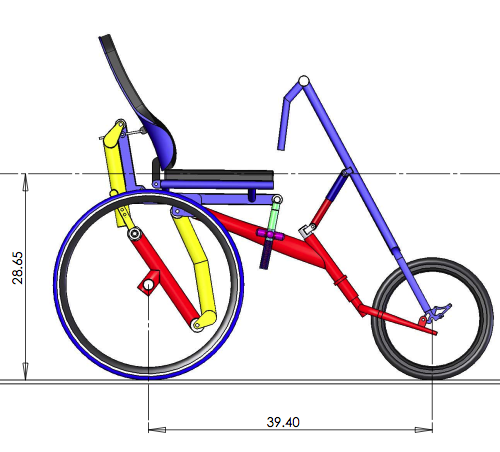 Morph III in upright mode. Wheelbase is about 3" longer than Morph II. Height is about an inch higher. Inches count here, especially in tight places, so we'll have to see how it feels. We may be able to shorten the red main tube and pull a couple inches back in length and wheelbase. 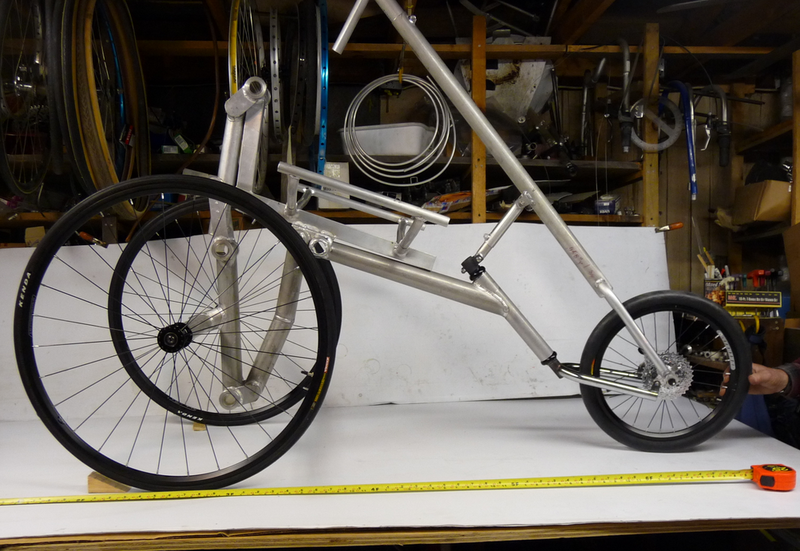 Morph III in the shop, upright mode. Not that the seat is still in the position used in low rider. 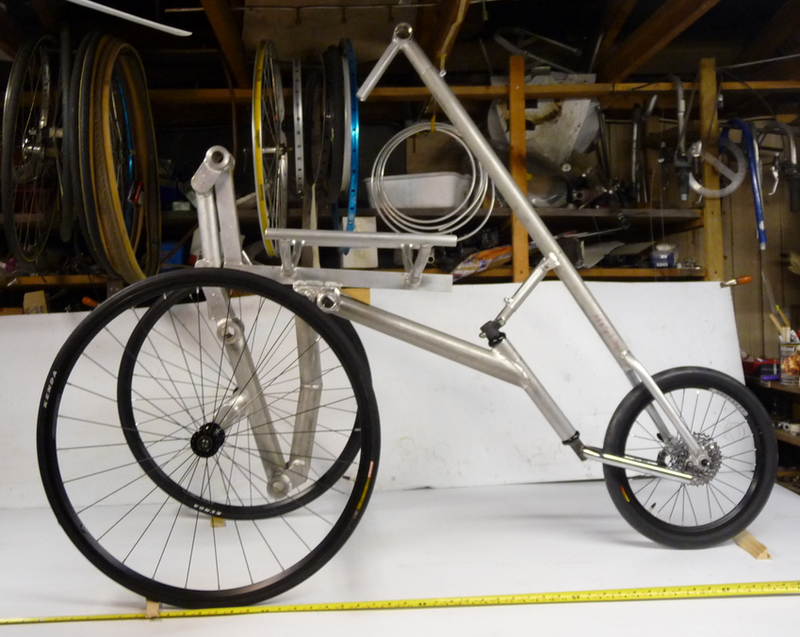 We added a wooden block to bring the seat back to a more level position.

Morph III in low rider position. Wheelbase is about 2.5" longer. Seat height is dropped by a little over three inches. However, we have been riding Morph II only with the front seat tilted back, which adds at least an inch to seat height. So Morph III will be significantly lower. 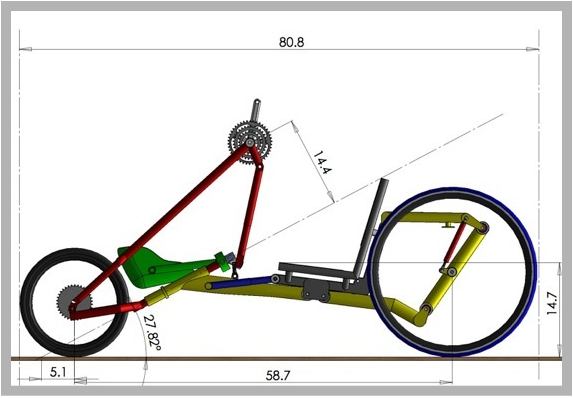 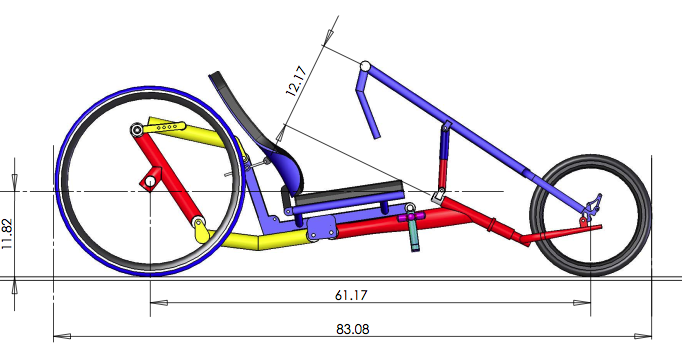 Morph III in low rider, with some additional dimensions. 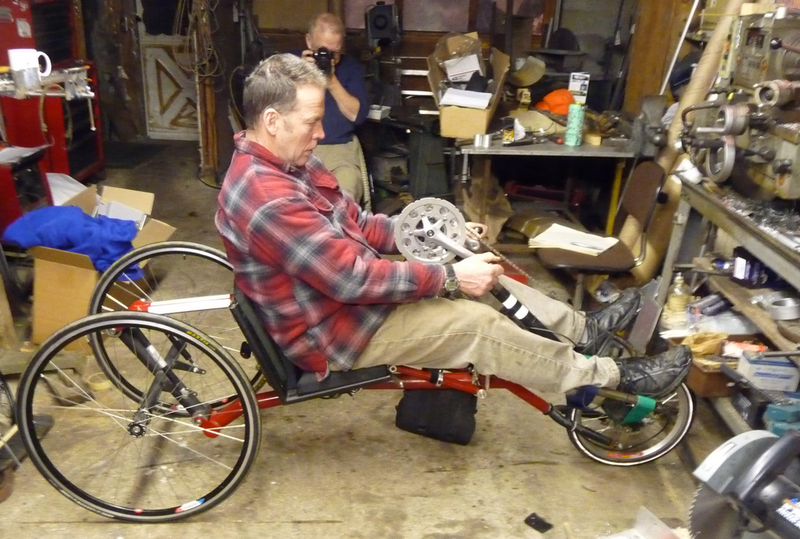 George on Morph II. Note that seat is still tilted up, even in low rider postion. This is because the two red struts that were supposed to adjust the angle were very difficult to secure, so we left them in one position. 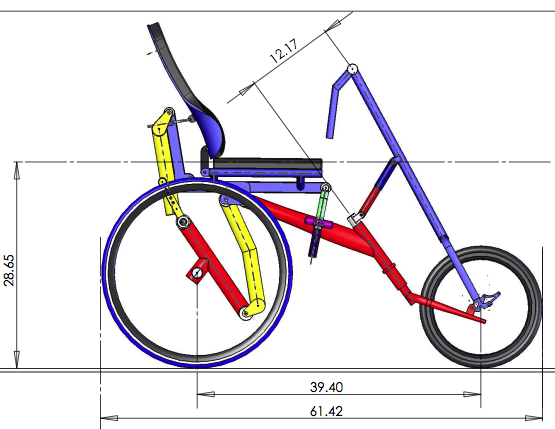 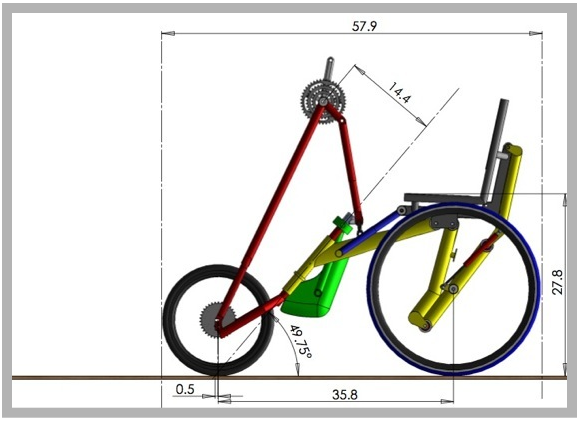 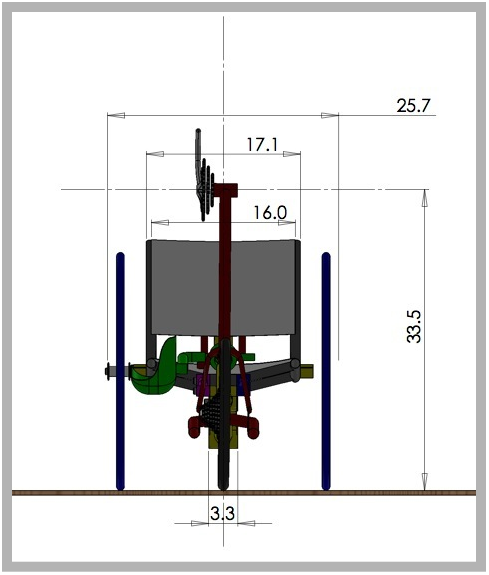 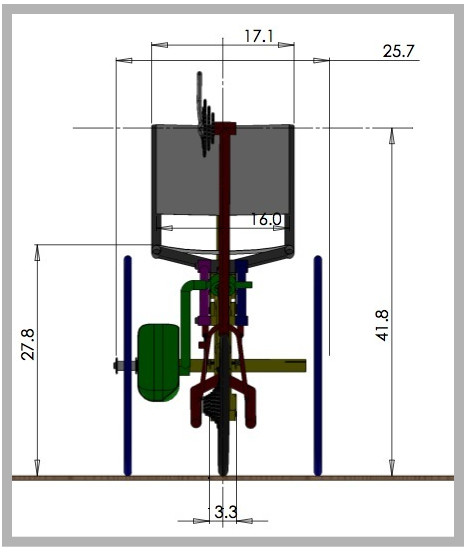