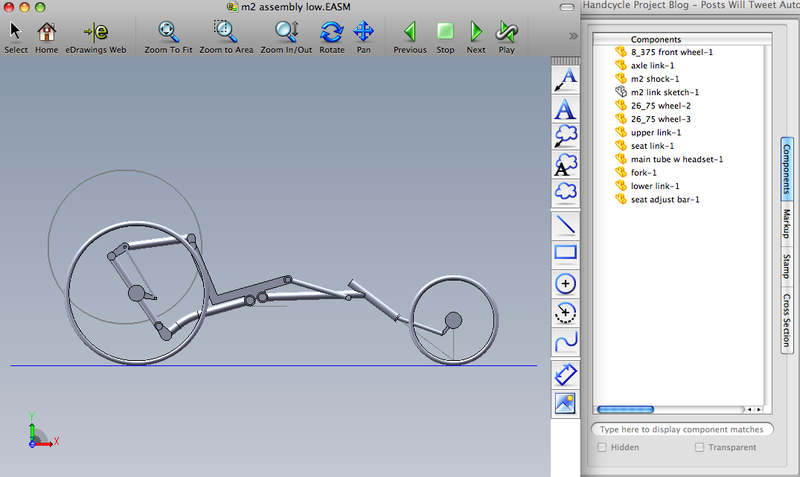 While we have the original CAD Model of the Morph II design, many things have changed on the machine as it went from CAD to metal. Some changes were made for proper clearances, and later a change was made to drop the front fork and reduce trail. (An added tab that worked like a charm.)
As we compare our work on Morph II and Morph III, we've been finding that very small changes make for big differences in geometry, riding performance, and comfort. With that in mind, our Alan Ball, our Industrial Designer has begun creating "as-built" models by measuring the actual device and then modeling it in Solidworks, and then comparing predicted and actual dimensions and angles.
The first of these models shows Morph II in simplified form. No seat, no pedals (yet). As we proceed with "Next Morph", we'll use these as-built models to make sure we keep what's good in each of our two on-the-road prototypes as we design the next machine.
This post lets you download an e-Drawings version of the Solidworks model, and look for yourself. Perhaps later we'll also post the actual Solidworks model so you can make it morph for yourself (Here we offer 5 models in different morphing postitions)
The screen shot above shows the Morph II in low rider mode, but with the angle adjustment strut forcing the front of the seat up, so it tilts the seat back. 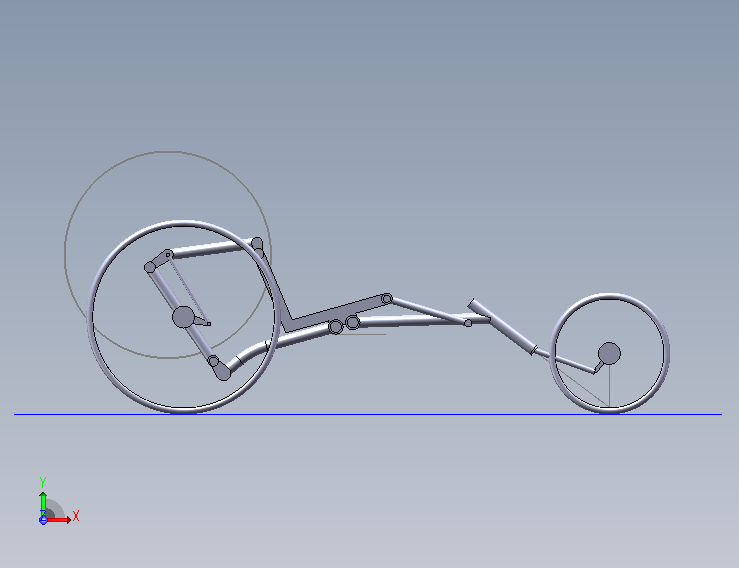 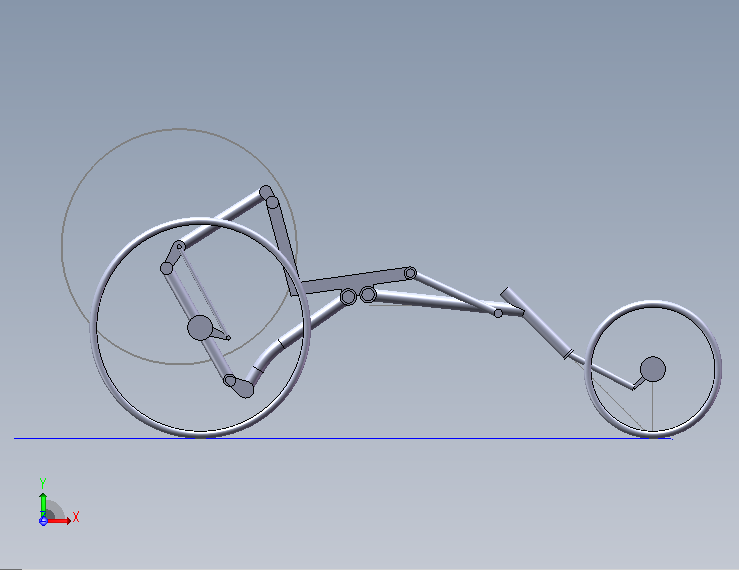 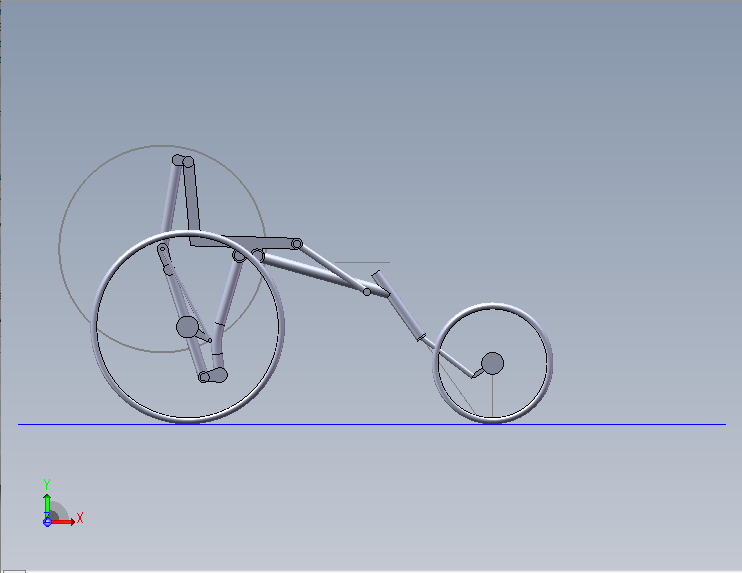 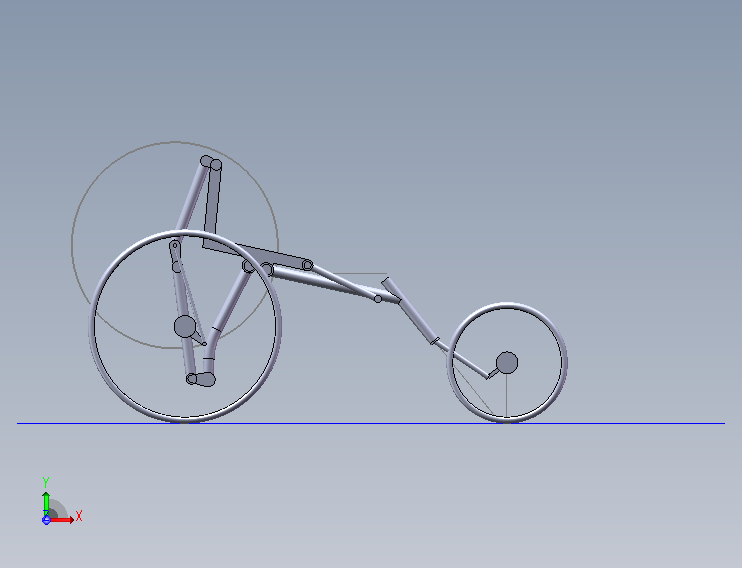 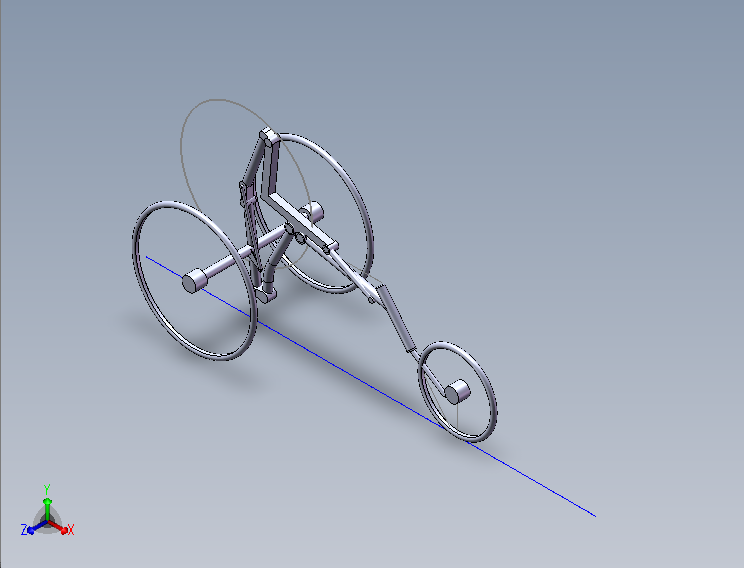 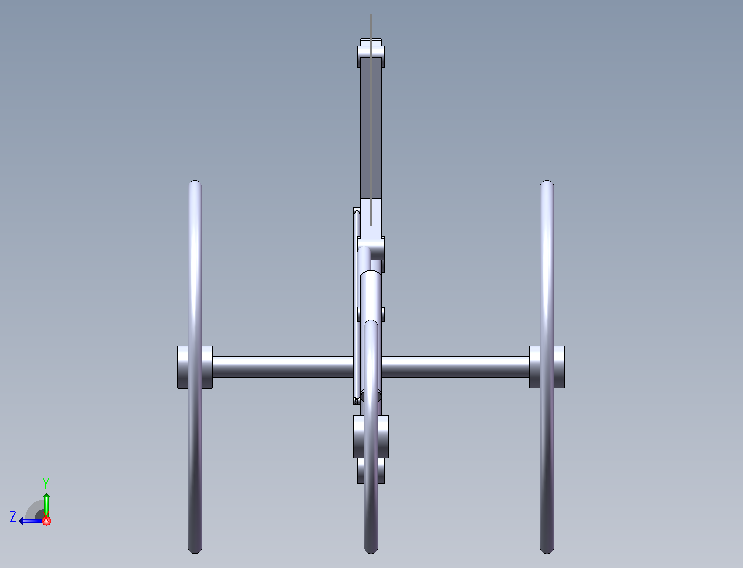 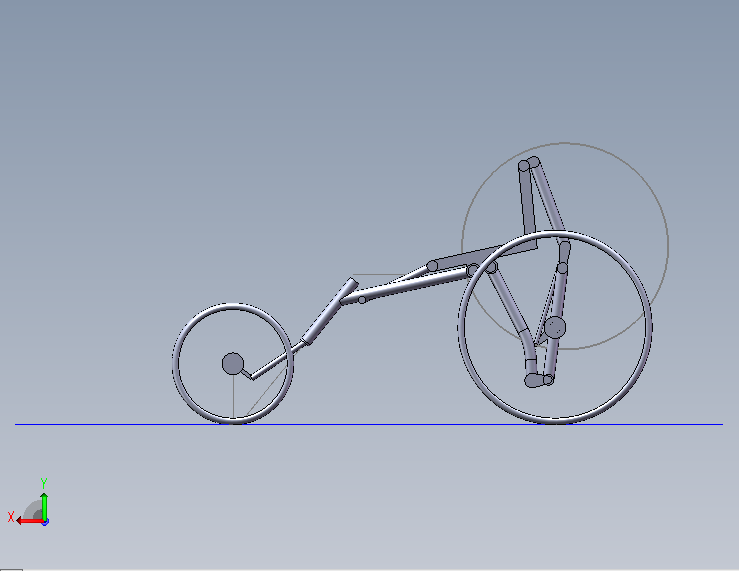 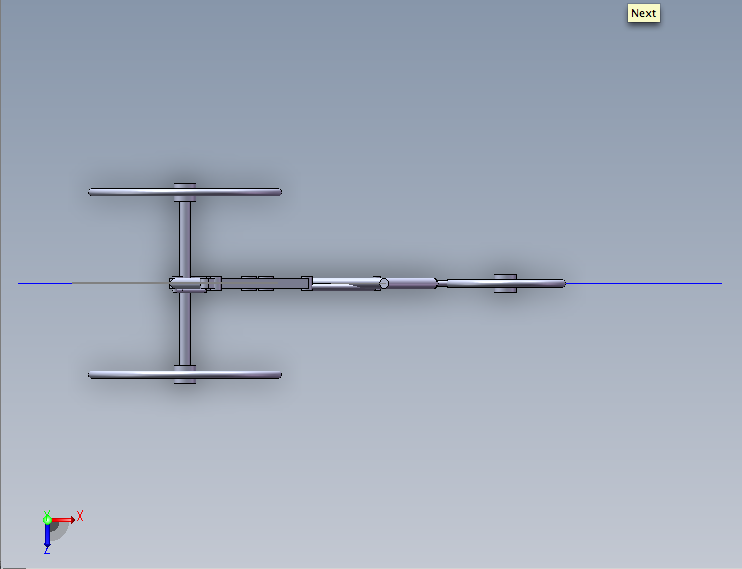 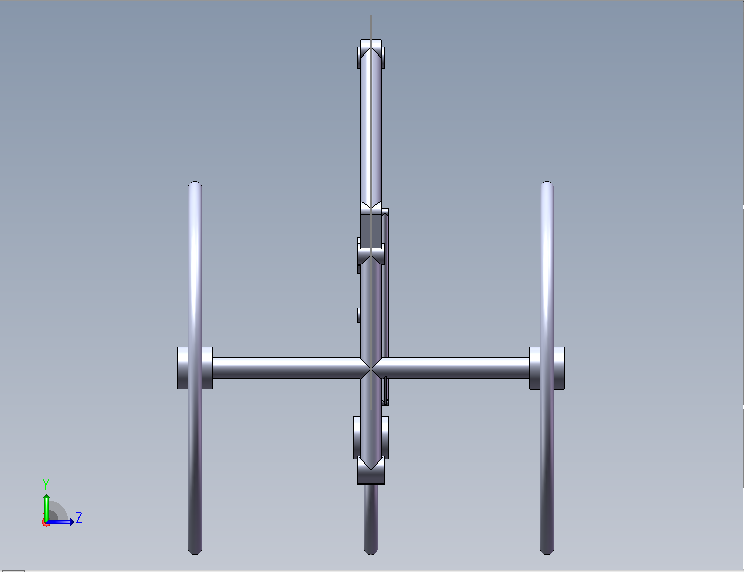 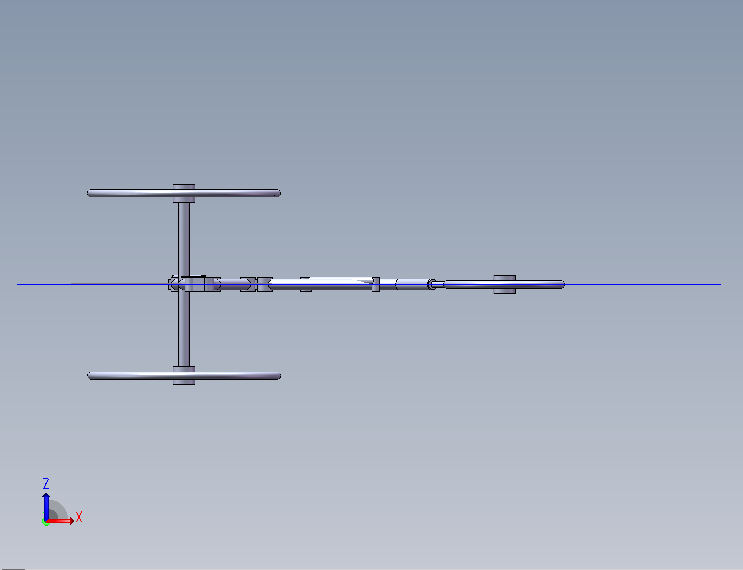 This 5-image sequence adds the collapsed struts at the beginning and the end so you can see what that does. You can see that in High Rider Mode, with the struts collapsed, the seat is tilted too far forward.
Some Cool Things You Can Do With Solidworks e-Drawings Viewer
There are some very useful tools within this viewer. Check it out:

Use the green "Next" button, and e-Drawings Viewer will animate between standard views. 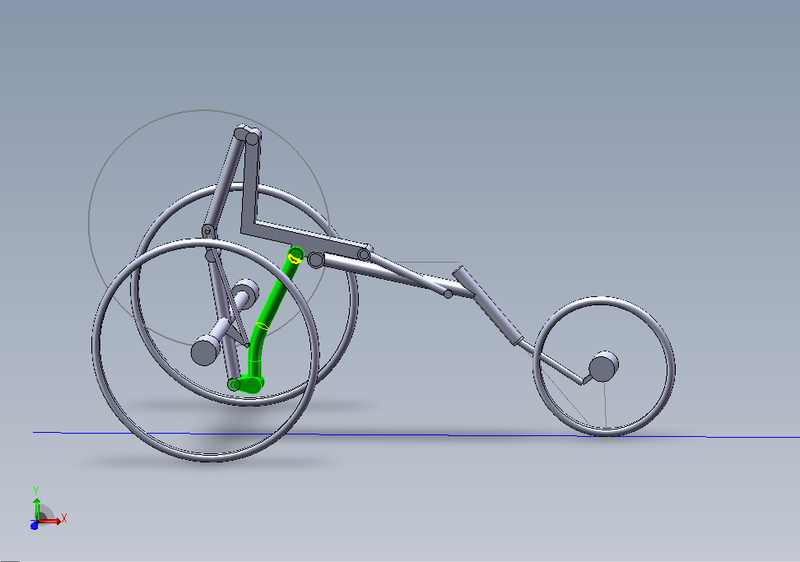 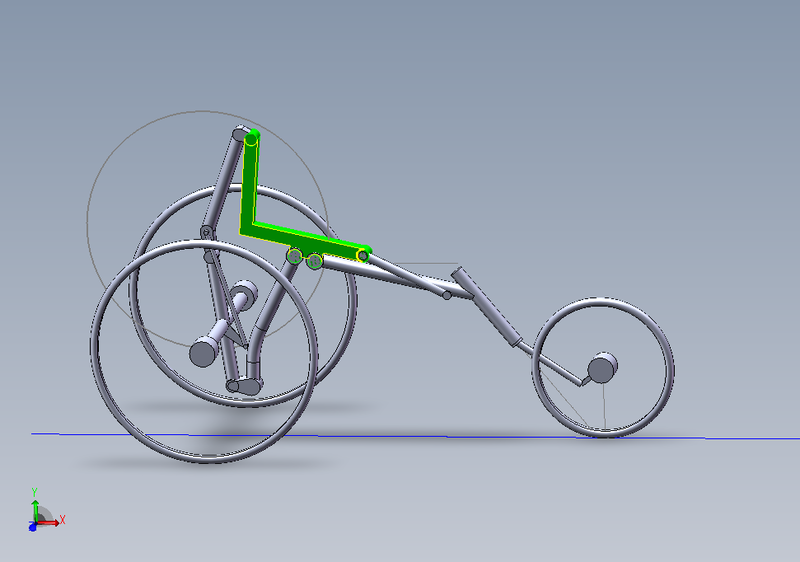 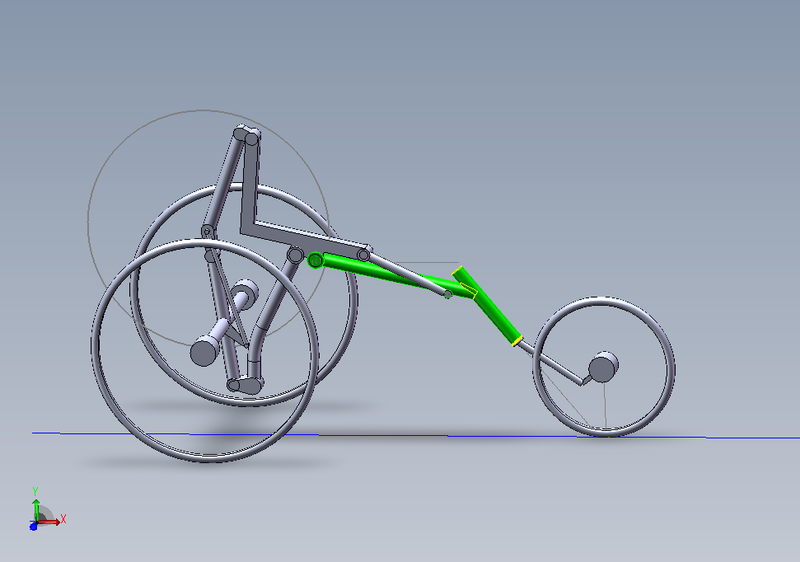 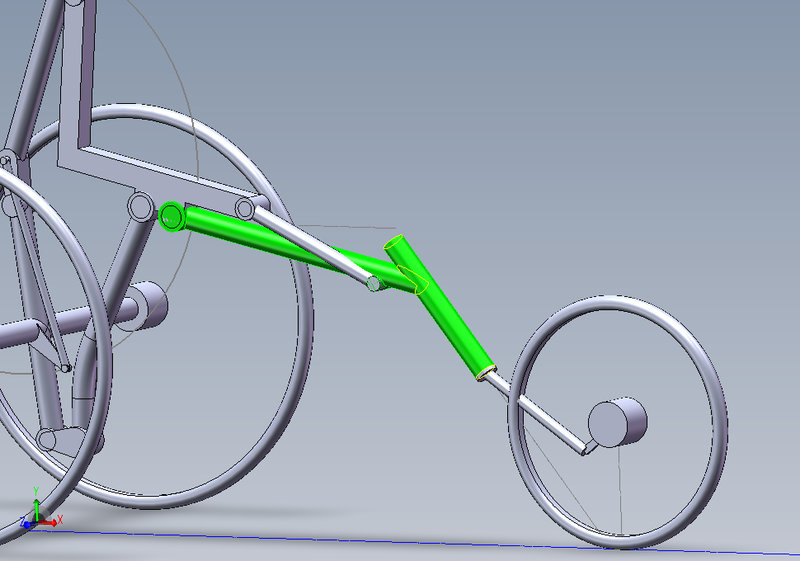 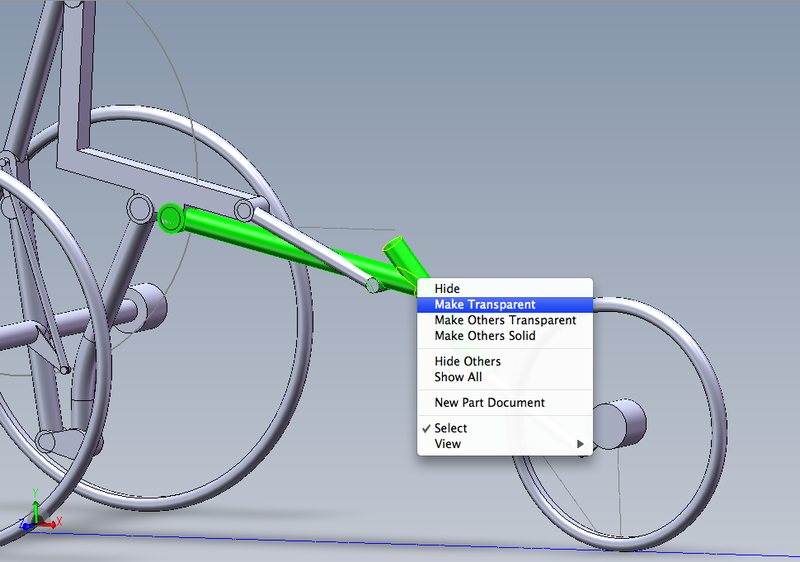 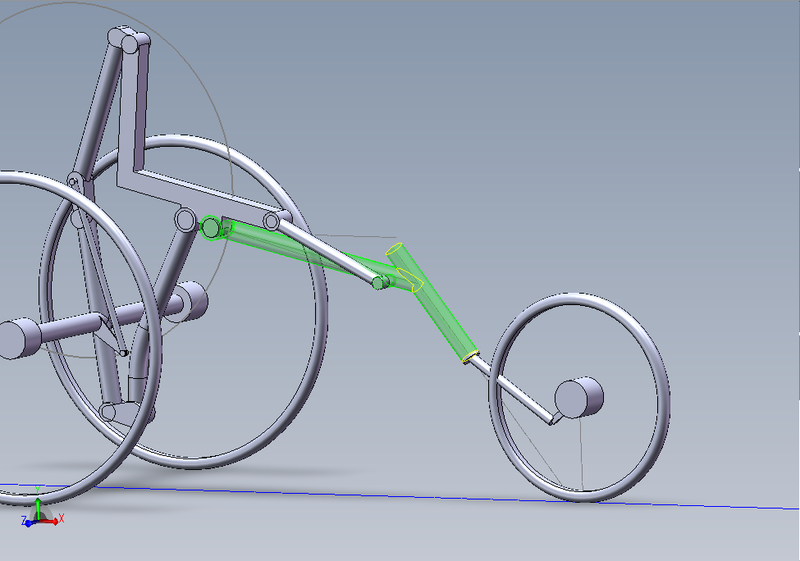 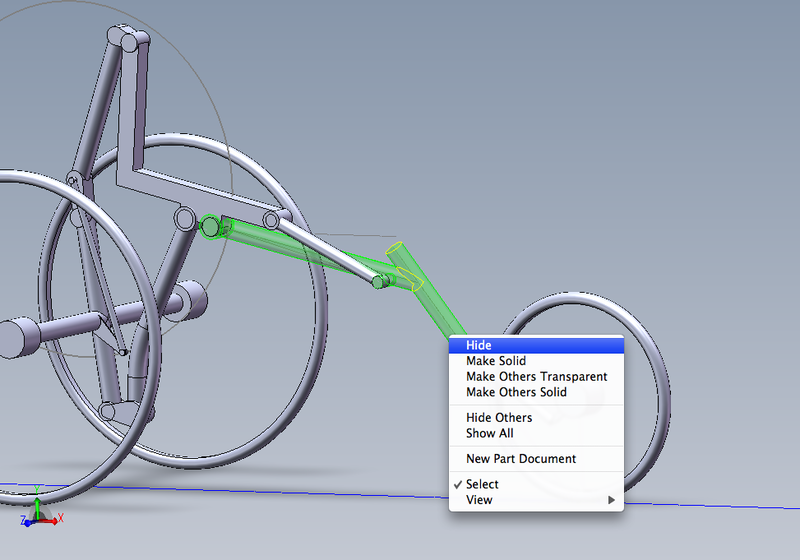 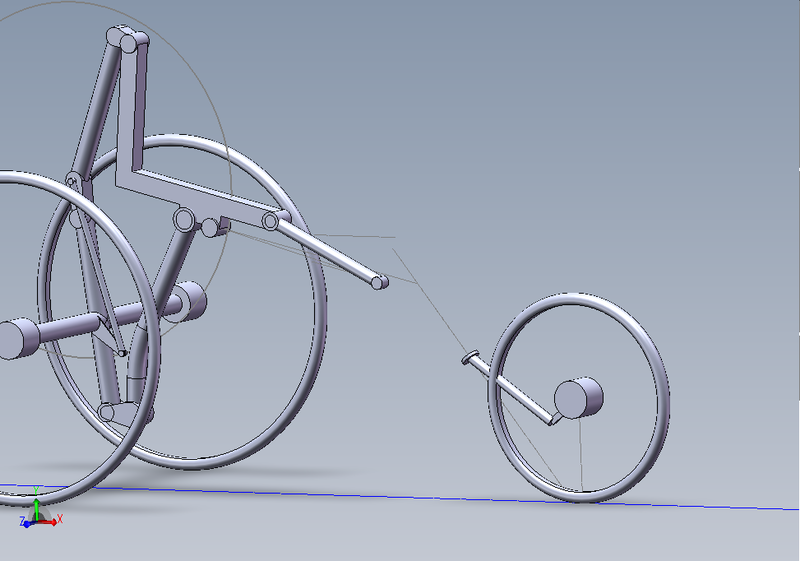 Select components, make them transparent or hide them.