We took a ton of photos of Morph III and posted them earlier. Many were made to be combined into a stop-motion animation. Here it is. You can see the frame morph up, and then adjust seat angle. The animation at the end shows George Reynolds in Morph II. 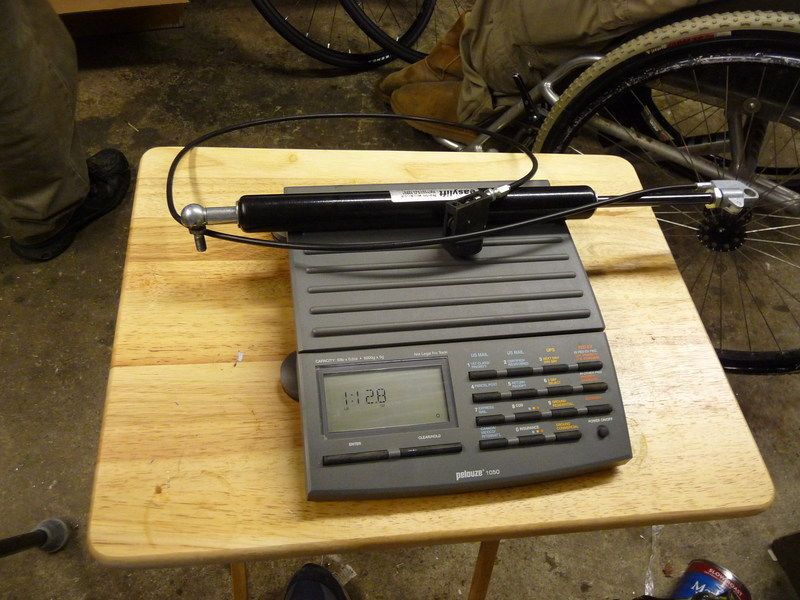 George is also working on mounting the locking gas spings, shown here on the scale, weighing in at 1lb, 12.8 oz. The locking mechanism is very important. As I understand it, the bike has about 600 lbs of gas spring force when it is in the low rider position. Currently, we have no locking mechanism on the Morph II gas springs, and this means that we cannot keep the bike in the low rider mode unless a rider is holding it down by sitting in it. For example, if a rider got out of the Morph in low rider mode (fell, or purposely got out, say to get on the grass), then the bike would "pop up" with some force.

The locking gas springs fix this. They won't move unless the rider is pressing the release button. 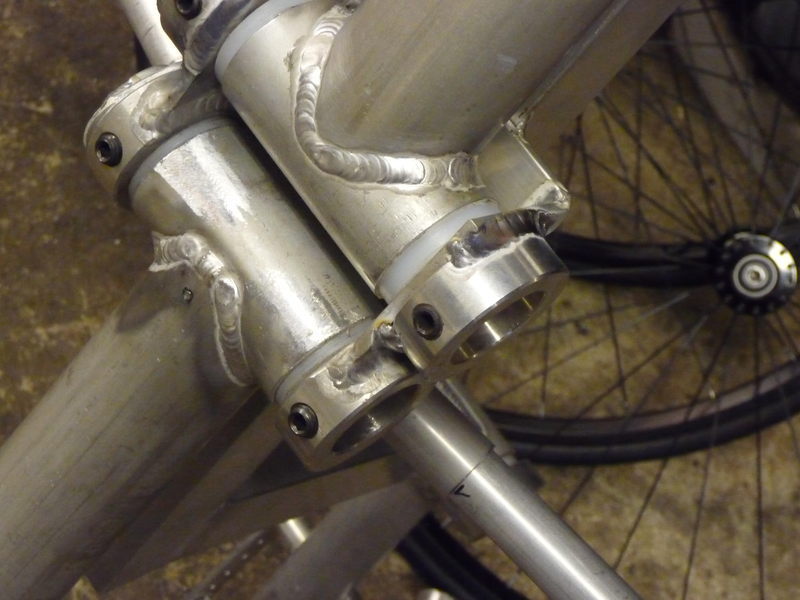 Improved, lightweight bushings. Take a look at this design. It's very clever, invented by George. These are off-the-shelf aluminum collars with set screws. Inside the T-shaped tube is a plastic bushing. It looks like the bushing provides side-to-side positioning and rotational friction reduction. To locate the two parts together, there is a thin steel tube that goes into the collars and is captured by the set screws. That's it. A lightweight, very strong joint. Nice design. 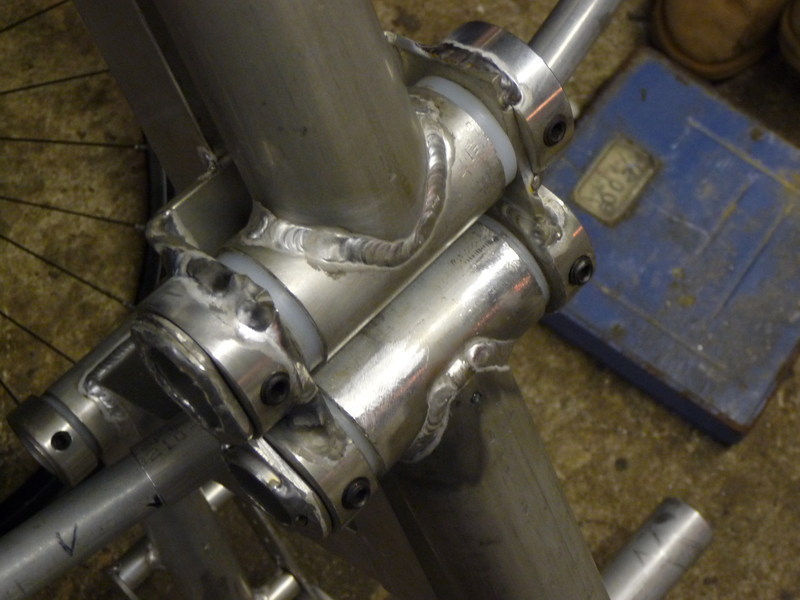 Another angle on the bushings and set screws.