Download Morph_II_Trail_Modification_Ta.m4v
Remember when they launched the Hubble Space Telescope and soon needed to correct the optics? New lenses, some as small as a nickel, did the trick, and the giant telescope began working flawlessly.
Well, soon after we started riding Morph II, we realized we had a problem also. The bike just didn't turn well in low rider mode. It just didn't want to turn. It wanted to go straight. Had a mind like a camel. It turned out that the problem was too much trail in the steering geometry.
Check out this video. You'll see how it has 8" of trail, and how we plan to get it down to two inches.
How to do it? A tab was designed by Graham Butler, who designed the original Morph II frame. Using Solidworks from his new location in New Mexico, he figured out that a 2" tab of metal between two attach points would drop the front fork by a couple inches and fix the trail problem. So, with this drawing from Graham, on April 7, 2008 I set out on Morph Mission STS-61 from Boston to Derry, NH to work with George Reynolds to carry out the modification. 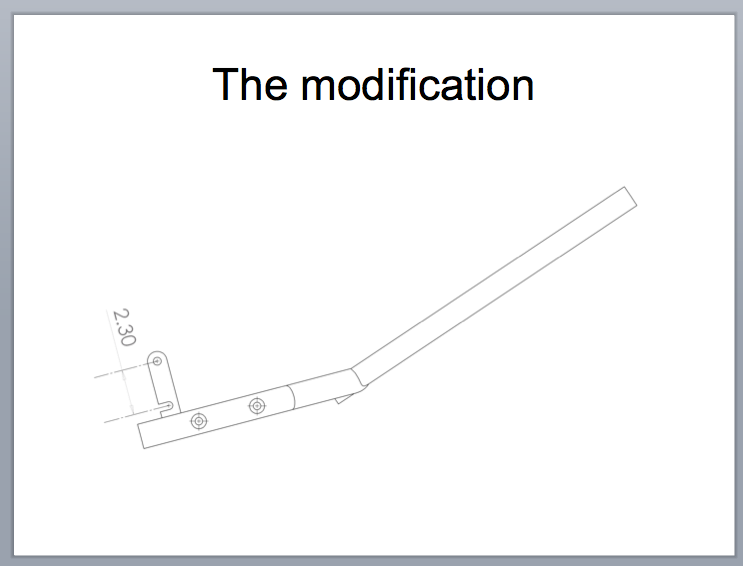 This is the drawing Graham sent. 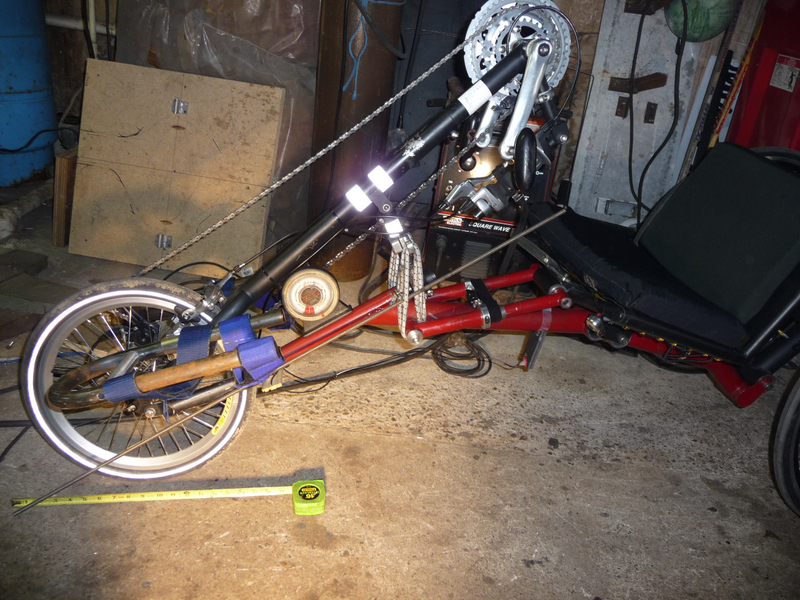 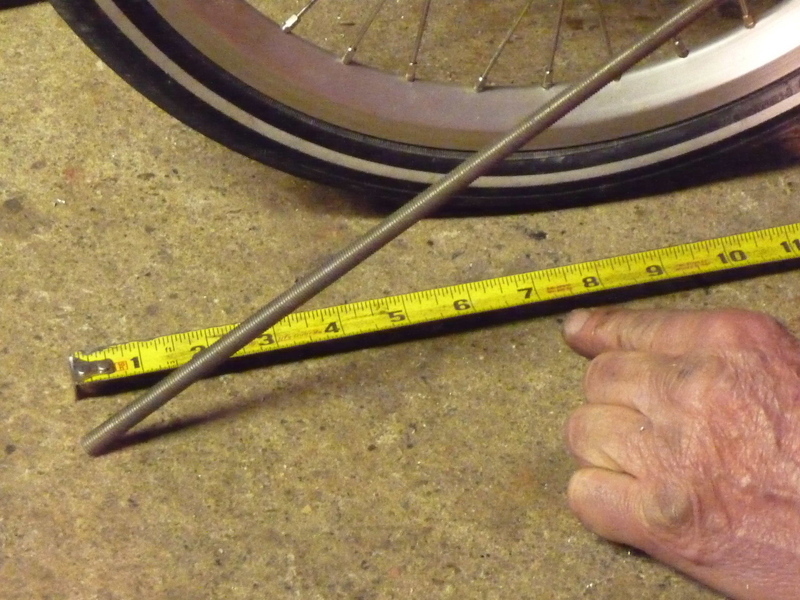 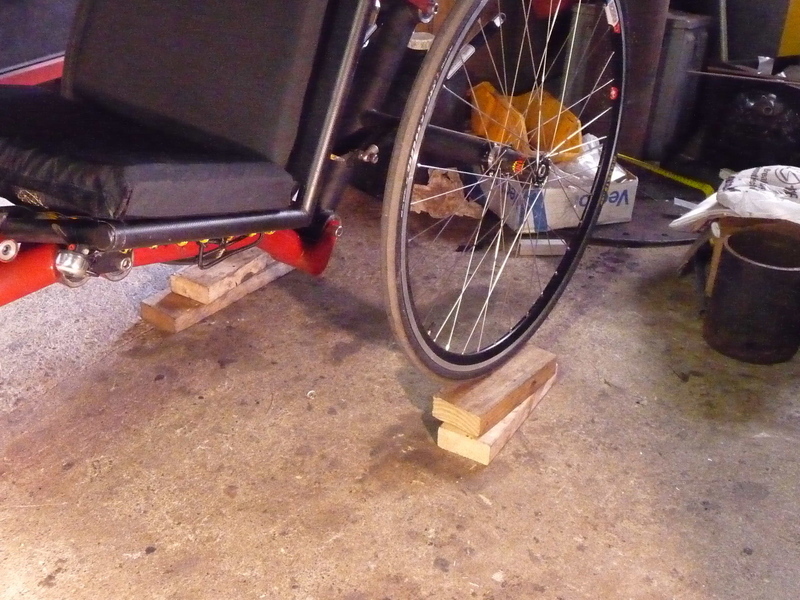 The tab we're adding will actually reduce trail in two ways. One is that it will change the head tube angle by dropping the front fork. We similate this by raising the rear frame and seeing what happens to the trail. 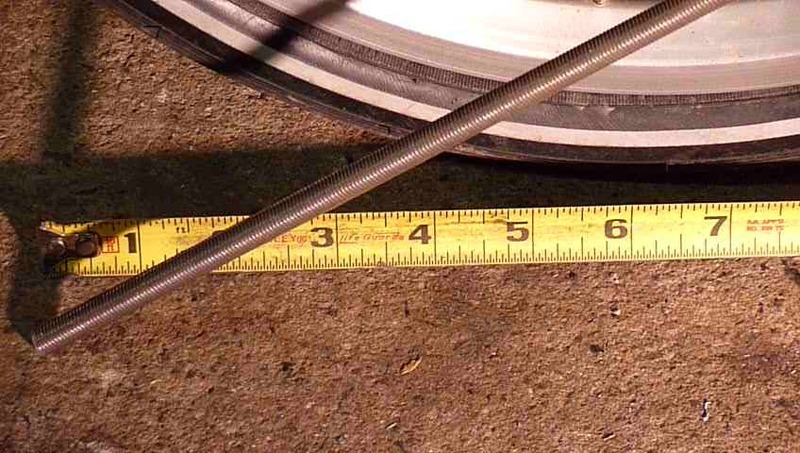 Raising the rear frame drops the trail by almost 2 inches. This is only the effect of the head tube angle change. 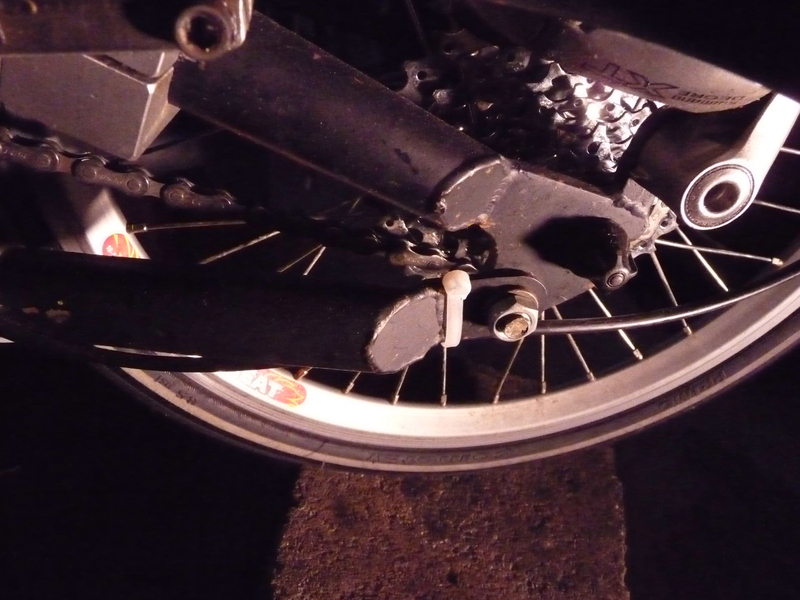 The two front forks join without the tab originally. We make use of this joint to add the tab. 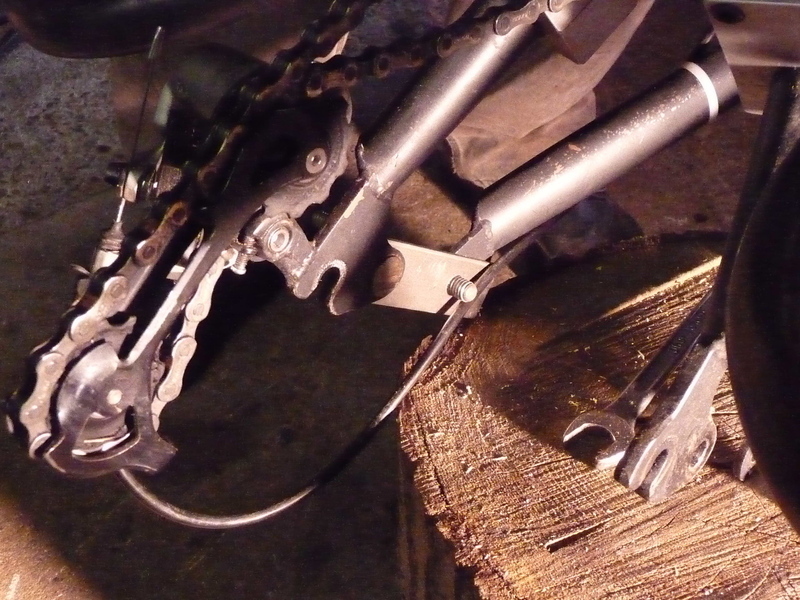 Here, the tab is inserted, but not at its final angle. As George searched for suitable material, all he had in the right size was titanium. But it did seem fitting that the small corrective piece for our "Hubble" mission would a high tech material like titanium. (By the way, if you follow the Hubble link above, it turns out that in order to replace that nickle-sized optic, they replaced an entire subsystem that is the size of a telephone booth. Our mission, by contrast, was much simpler, and cheaper, and shows how much more efficient private enterprise is compared to government programs. :-) 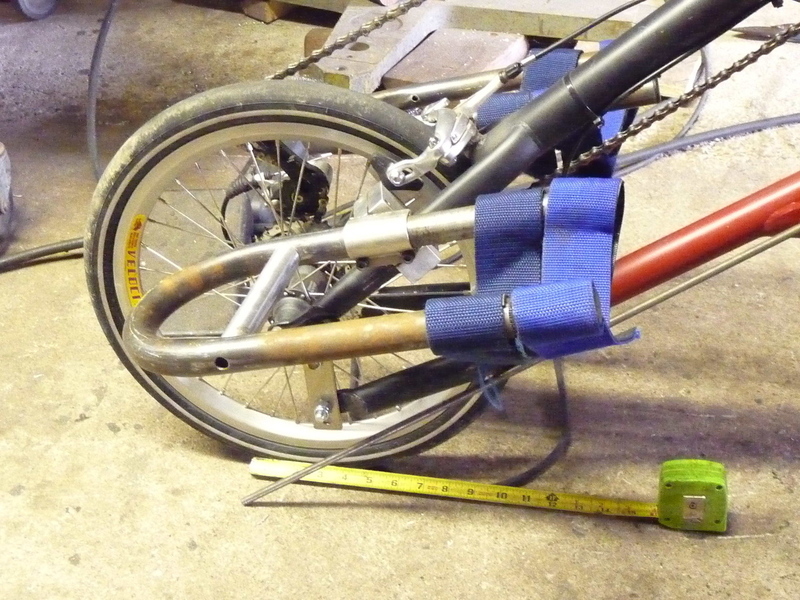 Here is the finished modification. 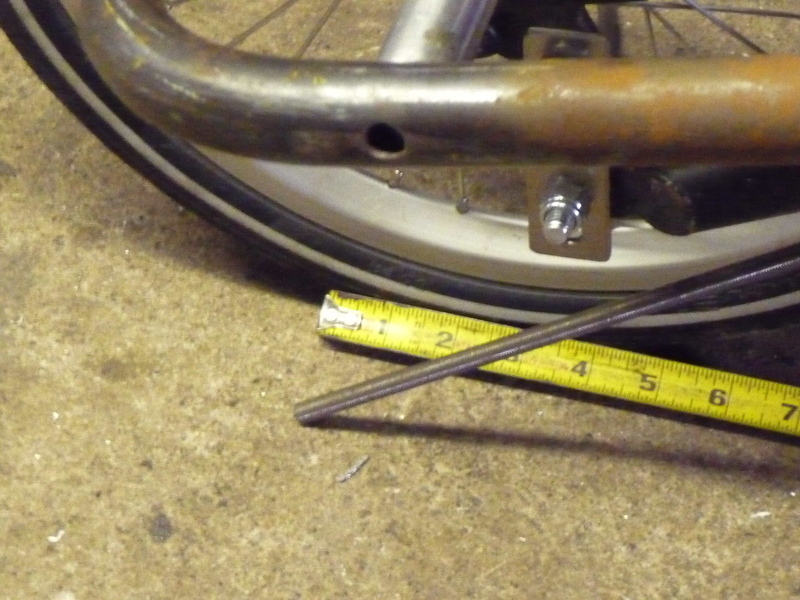 And now our trail is about 2", just where we want it! And the vehicle rides like a dream, and turns beautifully. 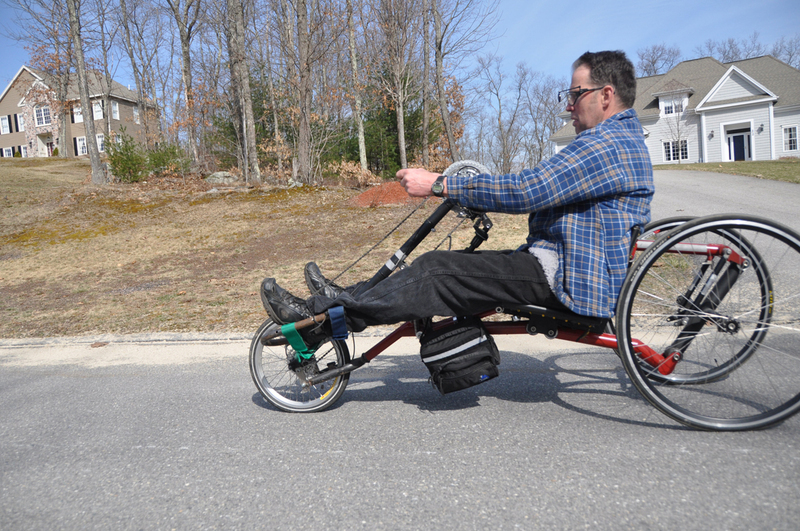 Here, a photo taken one year later, on April 24 2009, shows Morph II in action, with the tab performing its work. 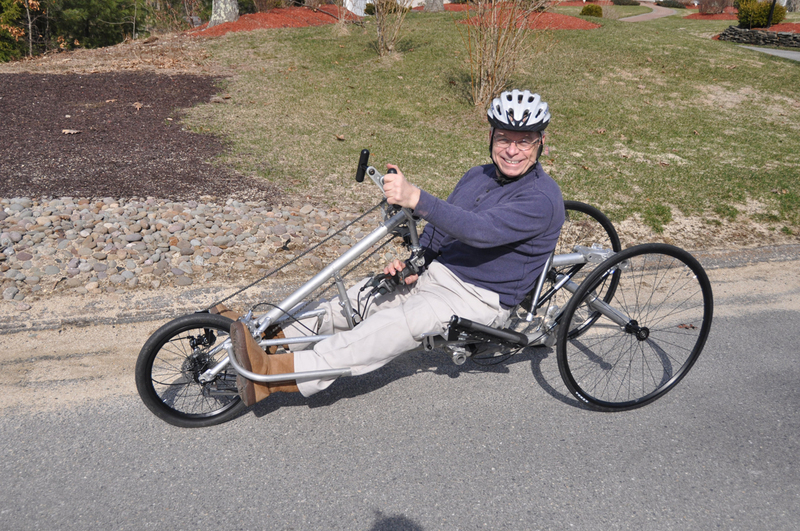 Rory McCarthy's big smile on April 24, 2009  is due to his first test ride on Morph III, which is made of aluminum and cuts a whopping 18 pounds off the weight of the vehicle, now 40 pounds. We made a bunch of changes to its geometry in the shop at the end of the process, and guess what? We have a problem with trail. This time, the trail is too low. Actually, its negative in both low rider and high rider.
STS-125 is in the planning stages now. This time, we plan to pull the front wheel back (shorten the fork), and also raise the lower fork to increase trail and match the great geometry of the modified Morph II.
With the Hubble now repaired for the last time by Shuttle Mission STS-125 we expect complete our STS-125 mission in the next few weeks. STS-125 cost about $1,000,000,000. We expect our mission to cost about $650, a savings of $999,999,350.