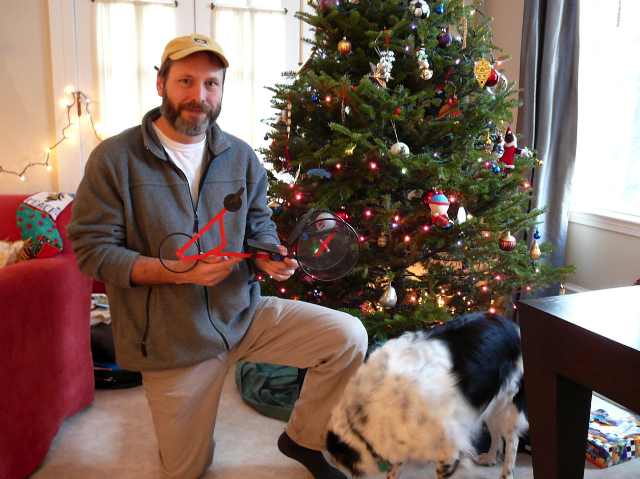 On Chrismas Day, Alan Ball brought over a wonderful present - a working, 1/4 scale model of the Morph 4 prototype. Jake, our dog, is check Alan out. The wonder of this design is in how simple it looks, but how much it does. I believe we are now ready to design in metal, and build five or six prototypes so people can really experience what its like to ride a morph. What it's like to "get back the Z", meaning that you can go up and down, and not just ride around at 18-21" off the ground in a wheelchair. The Morph goes from bar-stool height in the high mode to a low and fast 13" off the ground for speed in low rider. Both modes are a thrill, but you just can't explain to people what it's like to be riding at bar stool height. You see everything in a new way compared to a wheelchair. So we need to make some prototypes and let people try it for themselves. More details about Move With Freedom, our non-profit, is at www.movewithfreedom.org. 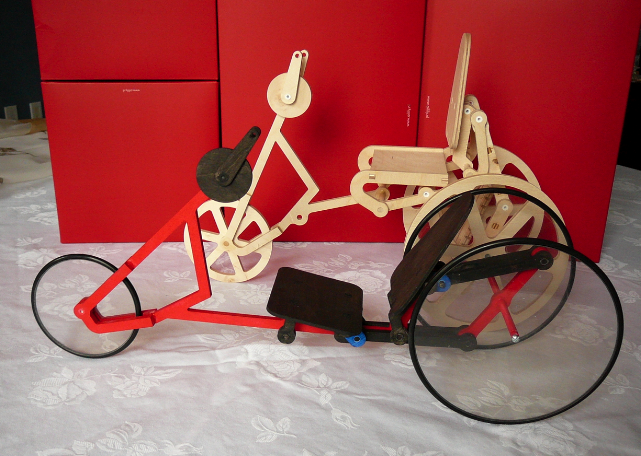 Our previous iteration of the Morphing Handcycle wood model was much more complex in look and form, although all the joints are actually in the same place. The goal of bringing the Morph back to its "planar" and more "bike like" form has been achieve in the new red and black model. Nicely done, Alan.


Watch as Alan move the morph and his daughter does a little narration. 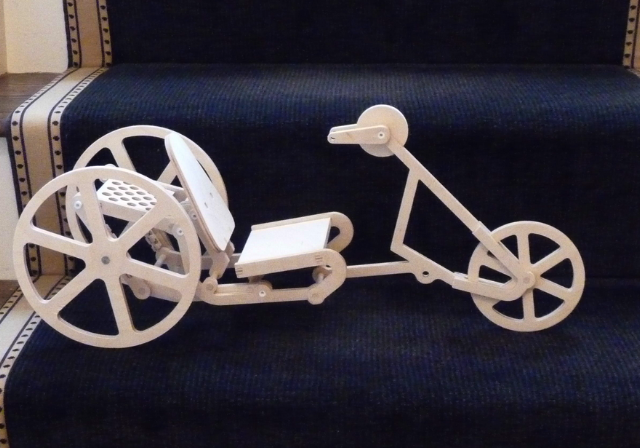 Our previous design sought to move the rider load closer to the rear wheels, so the frame members moved to the outside. Nice idea, but the bike ended up with a wheelchair look, and it felt more complex. It also lost that "I've gotta have that" look and feel. So we want back to the drawing boards. (Well, Alan did.) 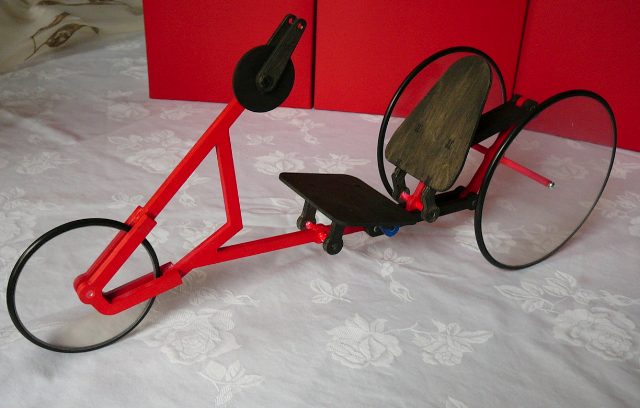 Ah, what a difference a day makes. Okay, many days. But now we have that beautiful look again, and the Morph has all the features and range that we're seeking. 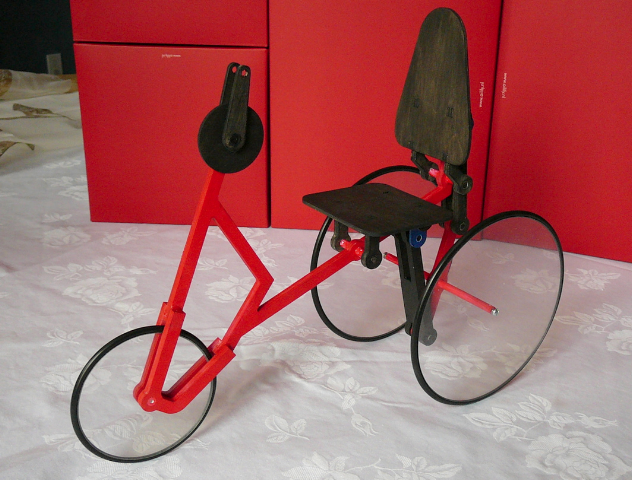 Cool wheels, huh? That's plexiglass with a notch machined on the outer edge to hold O-rings. Hey, I get credit for that one. 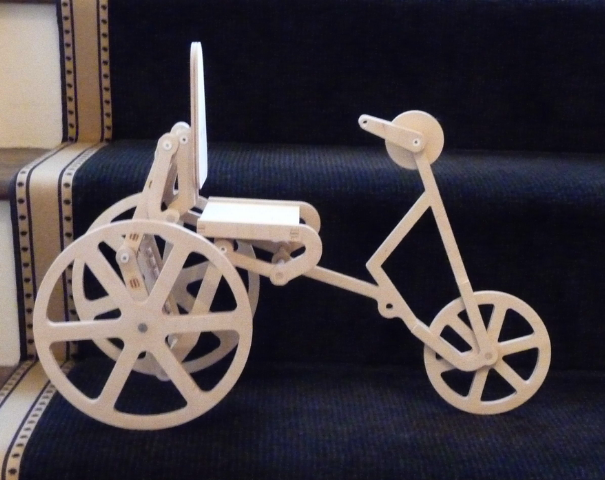 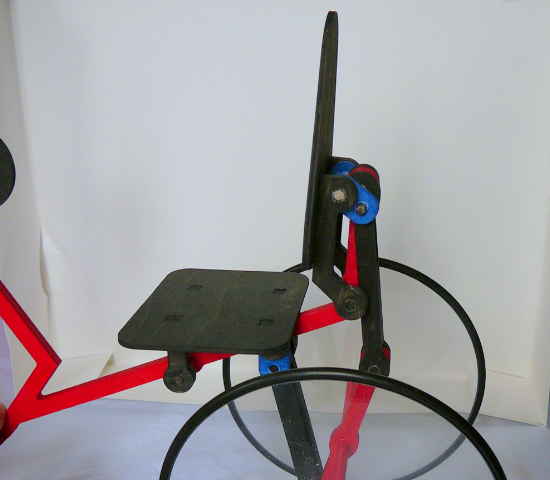 The magic of the blue joints. These are the magic links that make the seat bottom and the seat back adjust their angle as you morph up and down. 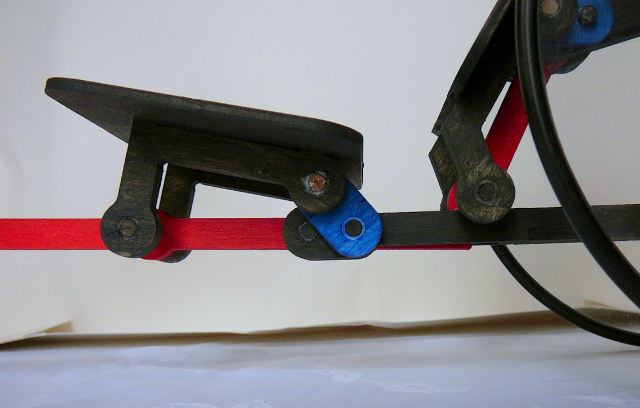 Note how far above the red main tube the back of the seat bottom is. 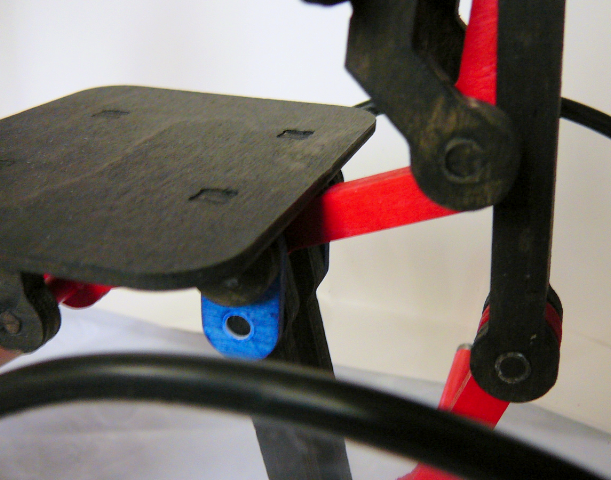 
In this very brief, video, you can see how the joints work. The seat bottom is mainly tied to the red tube on the front of the seat, and to the lower (black) link arm for the rear of the seat.
Browse the Archive »