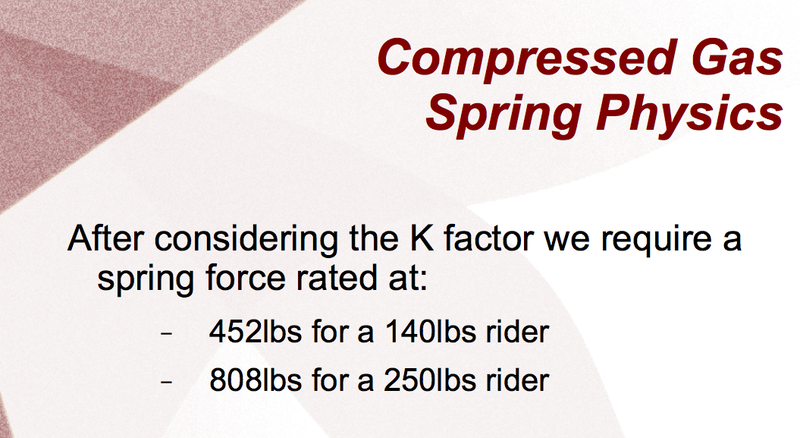 The attached PowerPoint reviews the forces involved in morphing. (Editors note: I'm not sure I fully understand "morph angle") 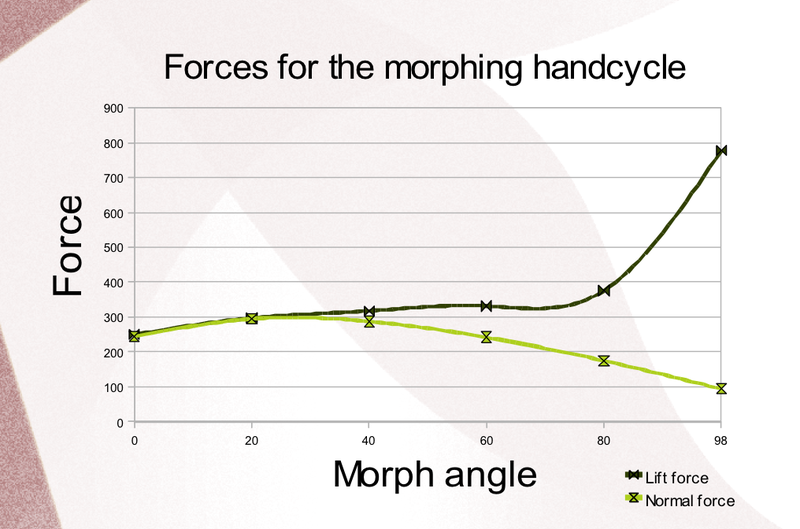 
Attached is the Gas Spring Force spreadsheet, per your request.  I took a quick look and believe Alan should be able the match up the linkage geometry (top link, wheel link, etc.) with the CAD geometry.

The hard part about this new design is the gas strut.

Last time we did this, we had an inkling of the strut that we were likely to use as we were designing the frame and morphing geometry, which made it relatively easy to fit.The challenge now is a little more complicated:  1. We are traveling through a greater range of morphing motion, so
the range of motion of the strut (Stroke length) has to be much
greater unless we are to overload the frame.

2. The geometry now lends itself nicely to a single strut.  This,
however means that we will need twice the force out of a single
piston.  It also means that you only need to purchase one per
handcycle.So the result is that we need a substantially longer shock that is almost twice as stiff.Figuring this out was something of an iterative process:I know that we will potentially need to lift at least 250lbs in the seat of the handcycle, and that the geometry of the strut with respect to the linkage arms in low rider mode would affect the mechanical advantage and thus the strength of the spring that was needed.   The spring could only fit a few ways, so I found the strongest spring available off the shelf, and then designed the geometry to provide the appropriate force.This spring has 562lbs of force.  The barrel is 1.1 inches in diameter, and a stroke of 11.81 inches.  It is also a reducible force gas shock so it can be tuned down to lower forces.Based on this I calculated where the pivots needed to be to generate 250lbs of lift.  It turns out that this point is almost half way along the upper linkage.  Then to fit the shock in I had to create an extension linkage to create some extra room for the longer shock.This sounds very simple but fitting it into the geometry was really tricky.  Check out the attached screen shots.  Pay attention to clearance issues that limit the positioning of the shock. 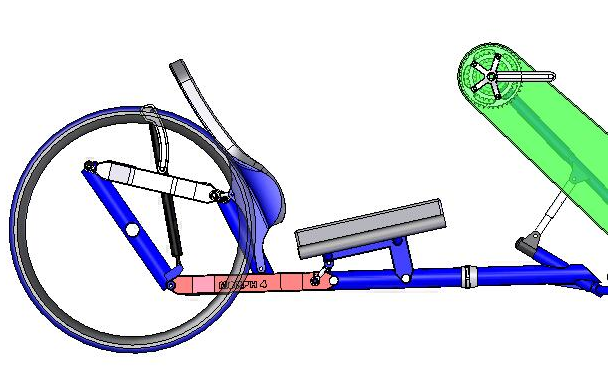 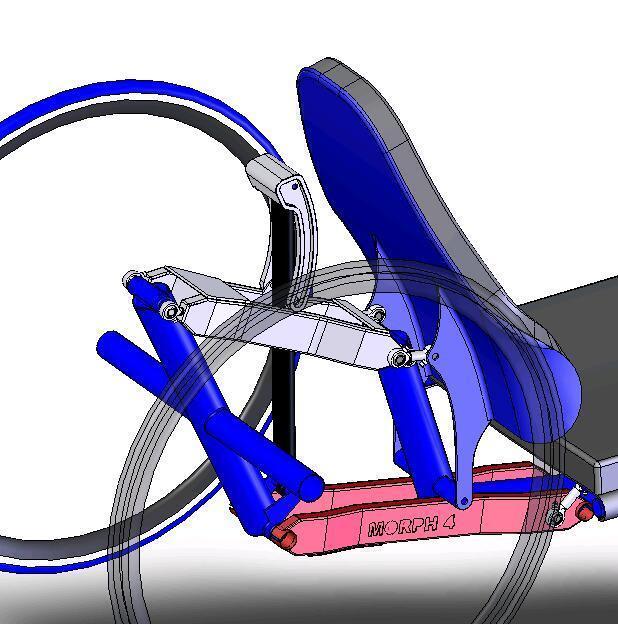 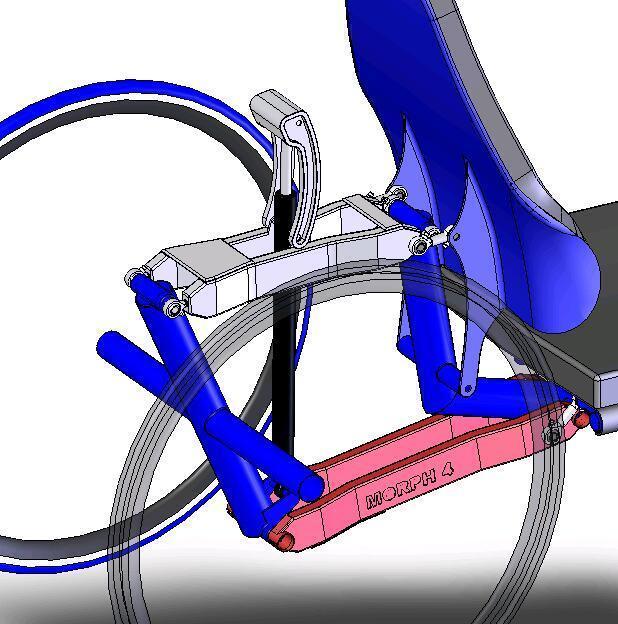 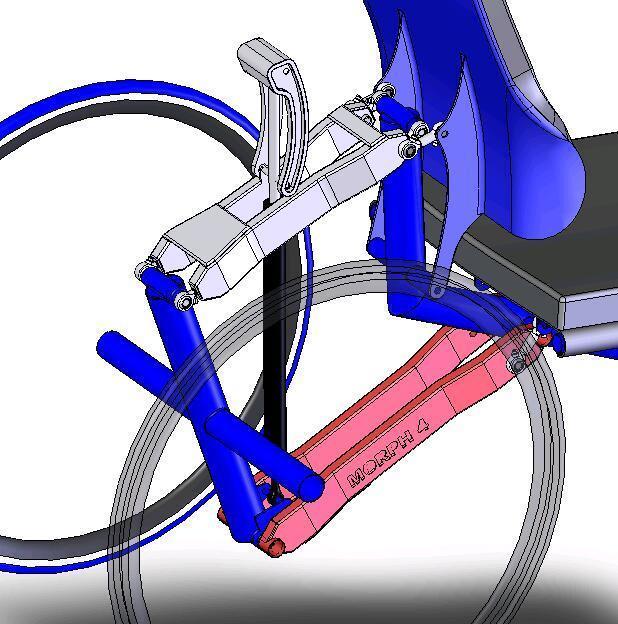 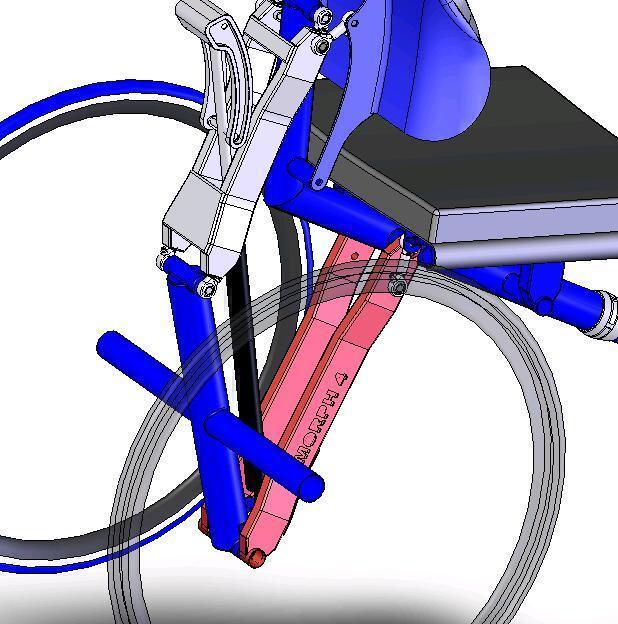 Almost all the way up. 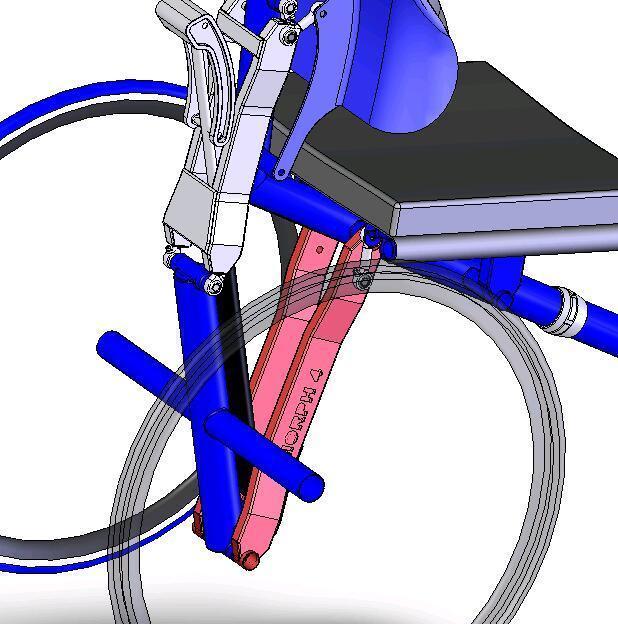 Morphed up to high rider mode. 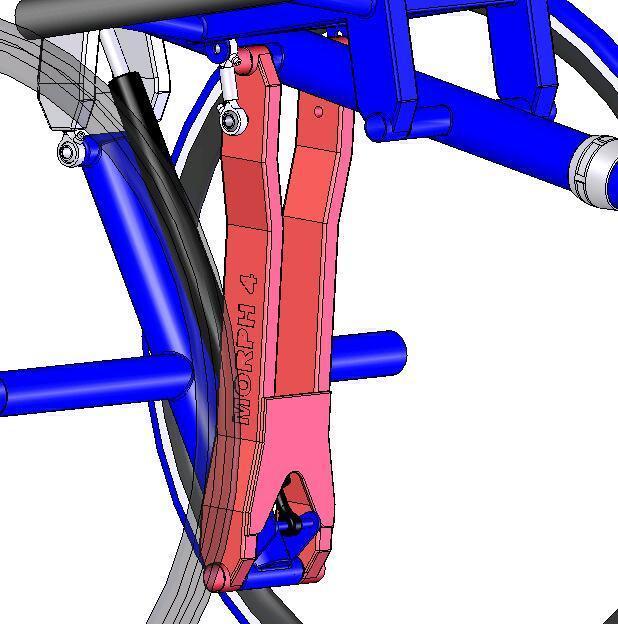 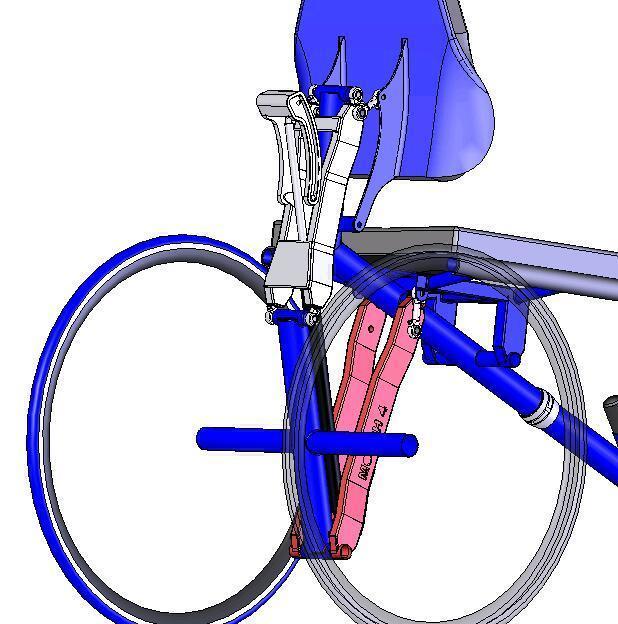 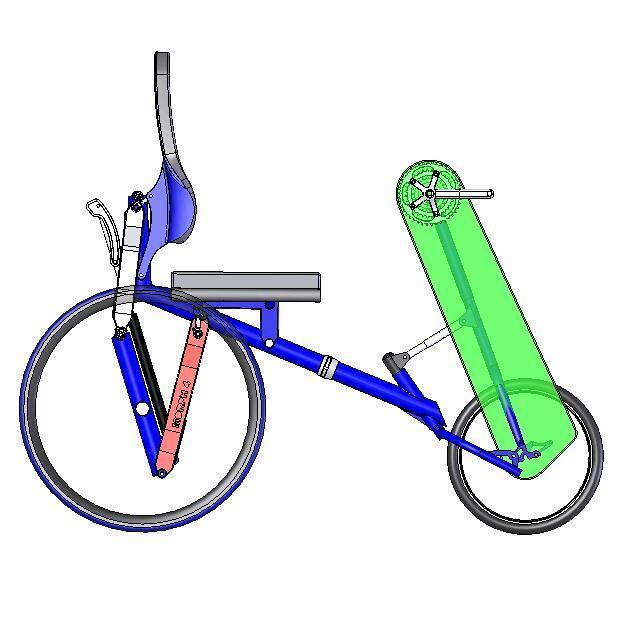 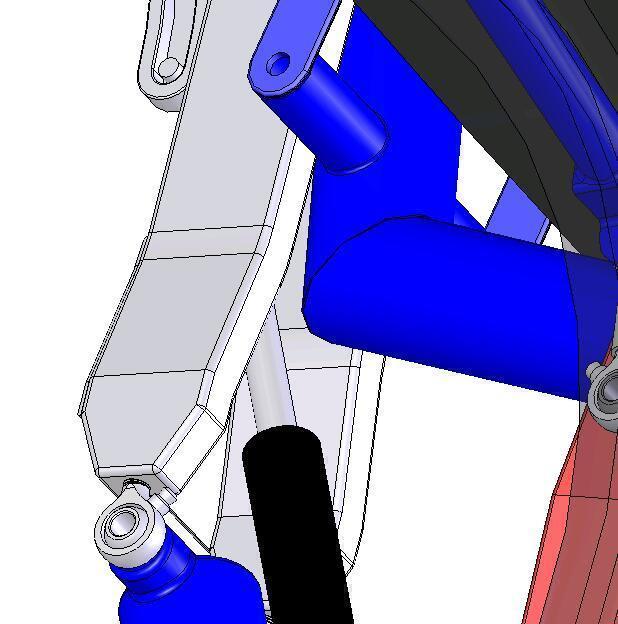 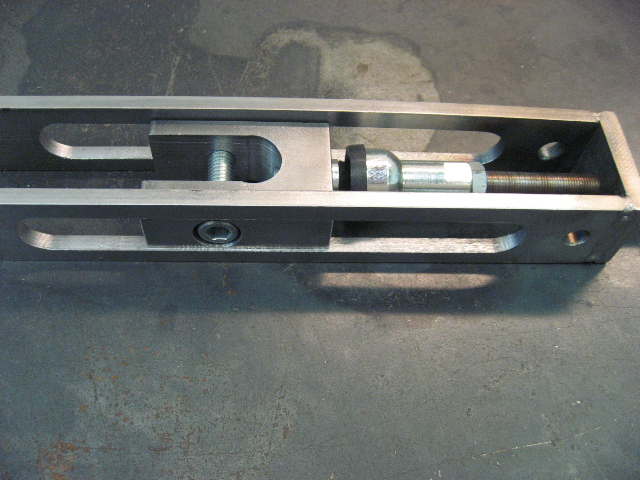 John Baron sent along these images of the morphing handcycle test rig progress. The goal of the test rig is to figure out how to get the best "float" so the bike goes down and comes up effortlessly. 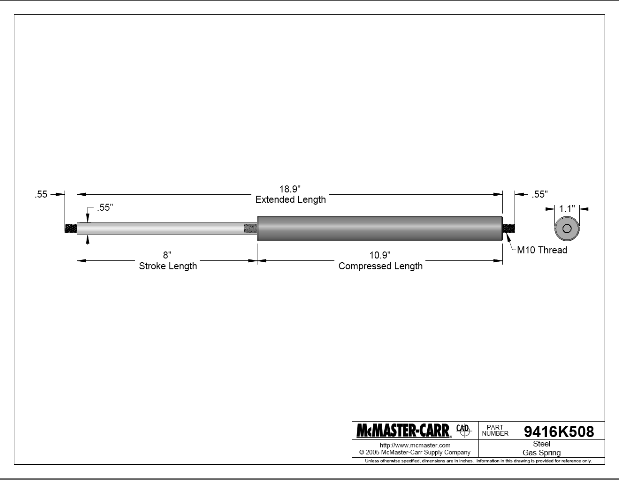