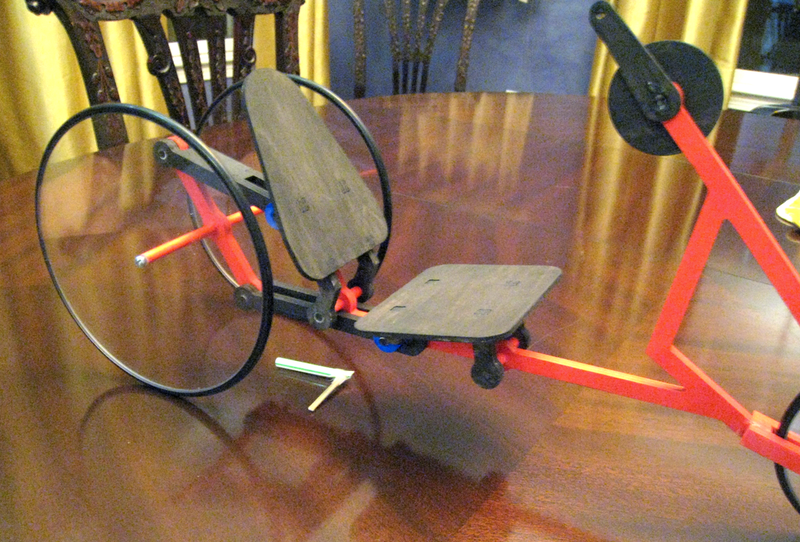 The Morphing Handcycle has always had a tricky issue: can we stop the morphing part way for getting on and off, or even for riding? So far, we haven't been able to figure out a way that works easily, and that can handle the forces that occur during riding. On Christmas Day, Alan Ball delivered this wooden model with the goal that we could figure out some of the remaining design issues by using the 3D system used by the ancients: Something you can hold in your hand and grunt at. 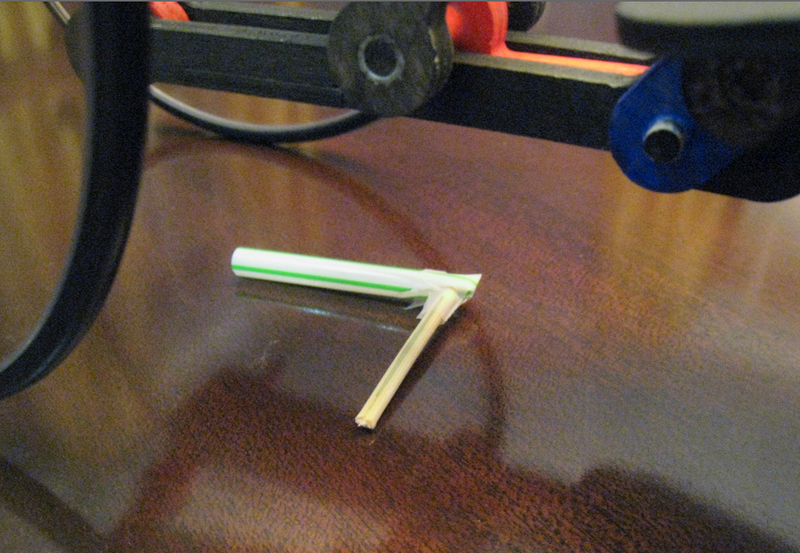 Here's our advanced polymer, along with a linear fiber-based green material (wood). This unit will stow below the two flanking tubes, leaving room for the red part of the frame to nestle between the two black parts. Then the rider will deploy the lock by rotating what here is a wooden dowel. 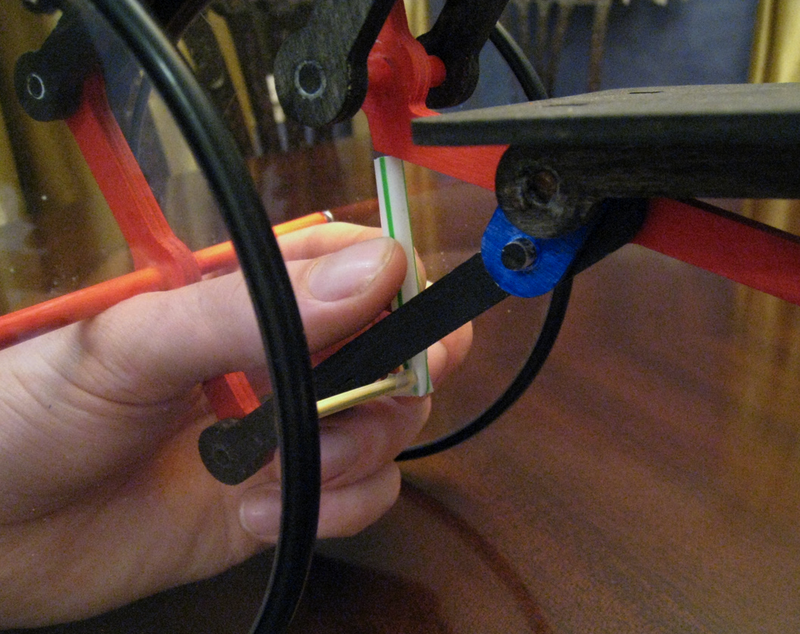 Here we see the lock deployed to it's proposed "middle" position. 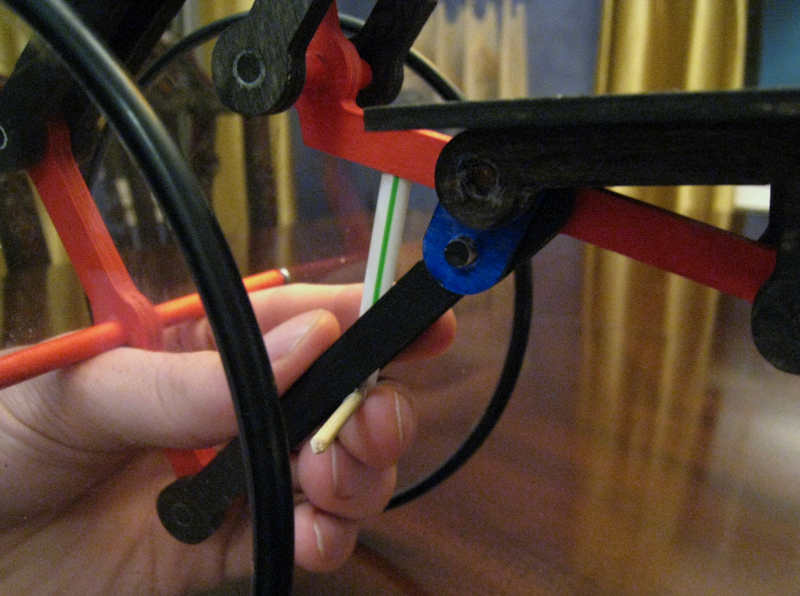 Here, the lock is rotated further forward, and will lock the bike at a higher position. Note that the lock is mostly in compression, but there will be some of positive lock to handle negative forces (tension) 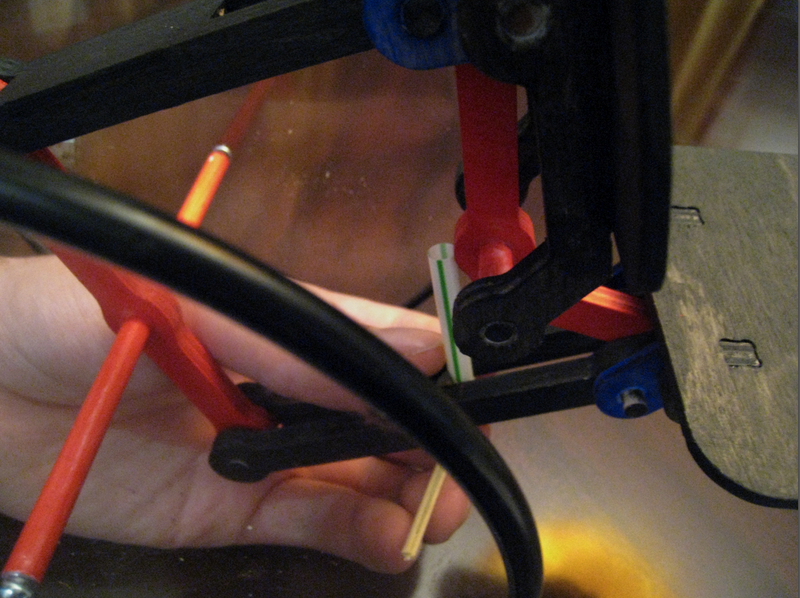 Now we're in the lowest position that the lock can handle. 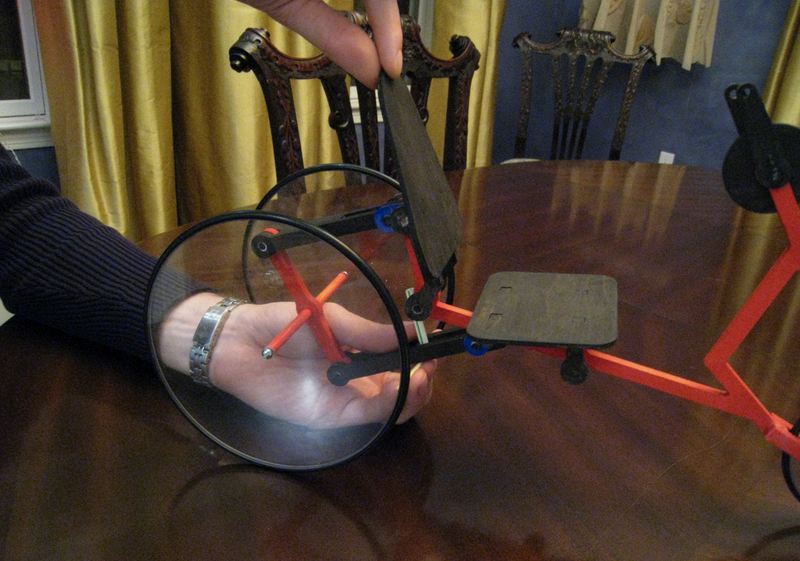 A wider view of the lock, now in the lowest intermediate position. 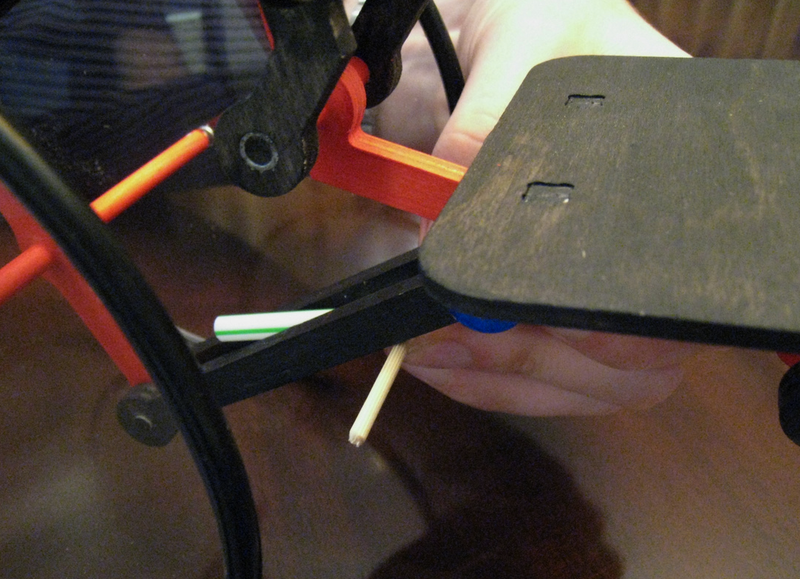 The lock in the "stowed" position. Well, kind of. It will actually have to stow below the flanking members. The hinge that holds the lock will also be a bridge that supports the two parallel frame members. 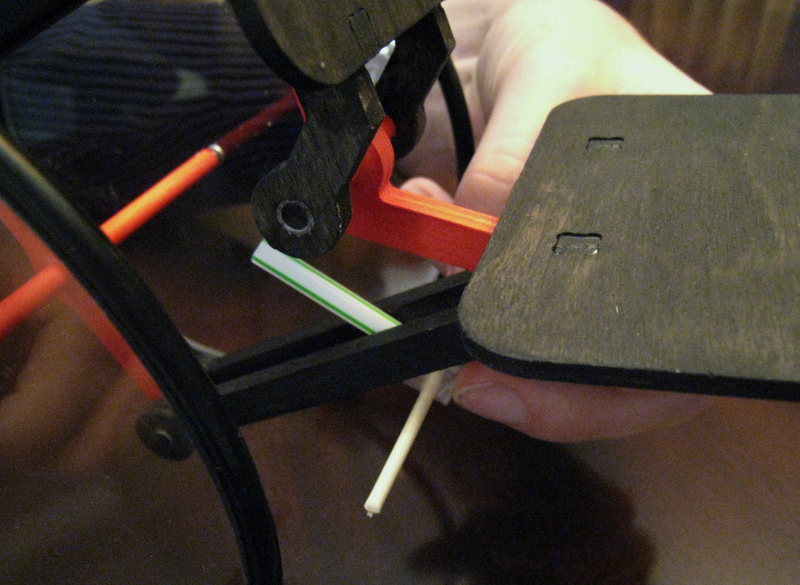 This is how the lock rotates into position. It will mate with something that that's on the red main tube. 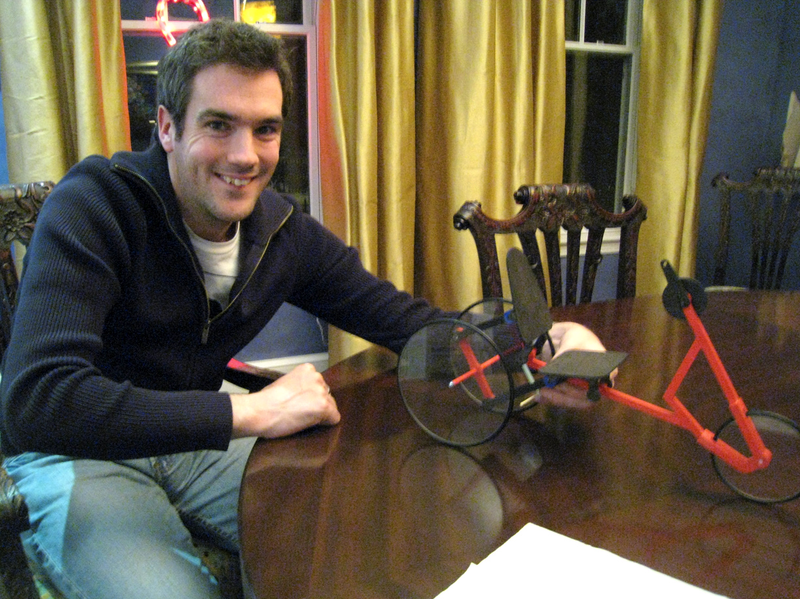 Philip Robson helped design this intermediate lock. Bill and Philip worked out many different positions for the lock, and this one turned out to have the best characteristics. My niece, Molly, gets much credit for bringing Philip to visit Boston from London, where they both live.