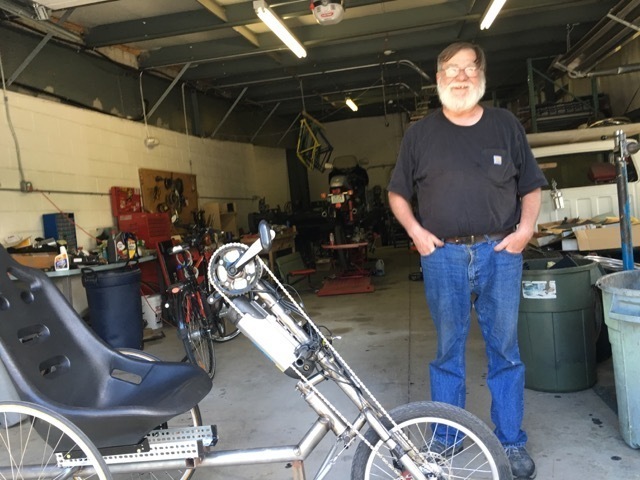 Ted Wojcik is seen here with the beta version of the Electric Handcycle. He calls this a “mule.” It’s a version of the bike that lets you test out the key features without putting any effort on finishing touches. It uses a plastic car seat, and has one simple hand brake (not a backpedal brake that I’ve been used to) 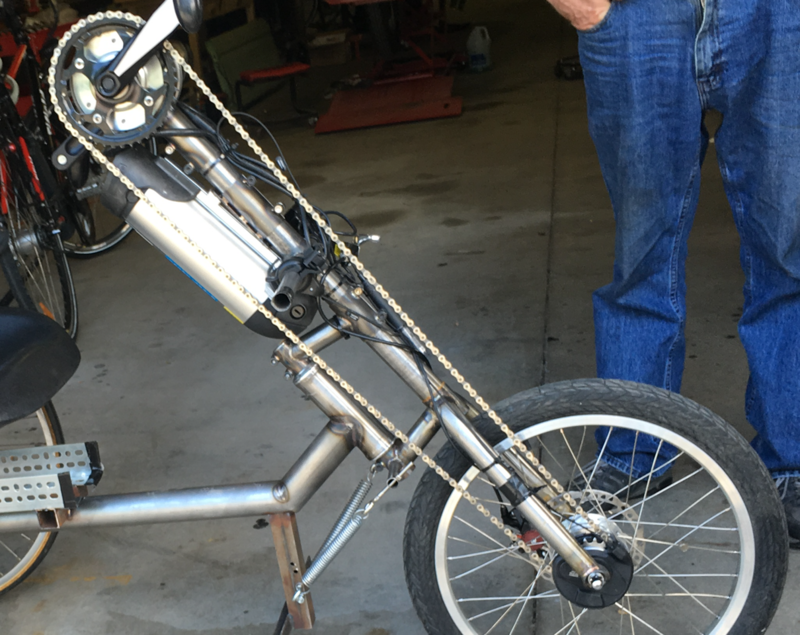 The electric motor is just behind the chain ring. The battery hangs below that. Eventually we might move the battery further back. For now, this puts about 15 pounds up high on what Ted calls the “power pylon.” I need to do more test riding to understand what this means for stability. My initial rides weren’t bad, but I need to see how it feels in real riding. 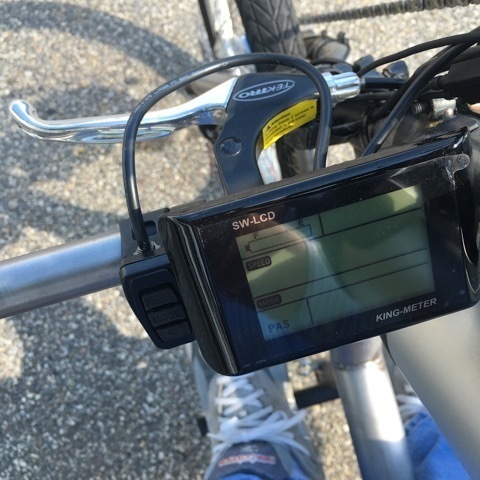 The motor controller is off in this photo. But it shows speed, and you can set the assist from 1-5. I rode it on 1 and then 2, and it was really powerful. 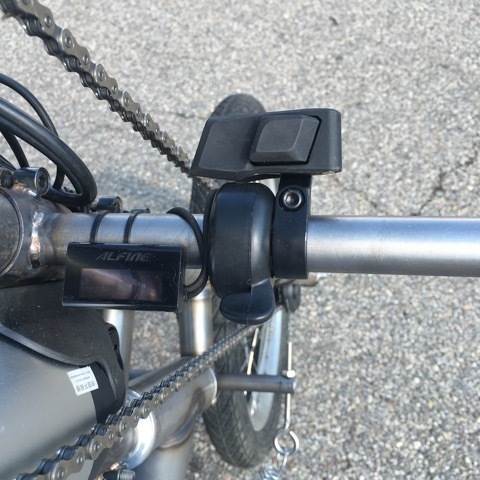 There are three important controls here. The top one is the electronic Shimano Alfine shifter. Hit the button to up. The left side to shift down. It’s a nice shifter, and has 11 speeds and a 4.09 ratio on high to low gear. But there is no backpedal brake. I think we’ll try the Shimano 8 speed with internal coaster brake. That’s what I use on the travel bike, and it works great. But the ratio is much lower…around 2.5. 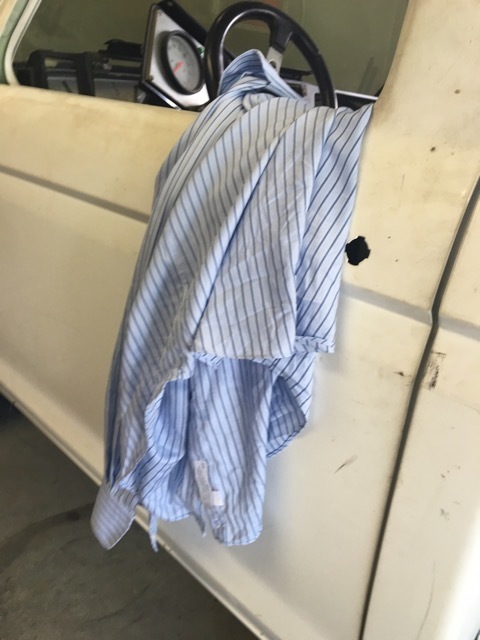 It was really hot and I had to take my shirt off for test riding. 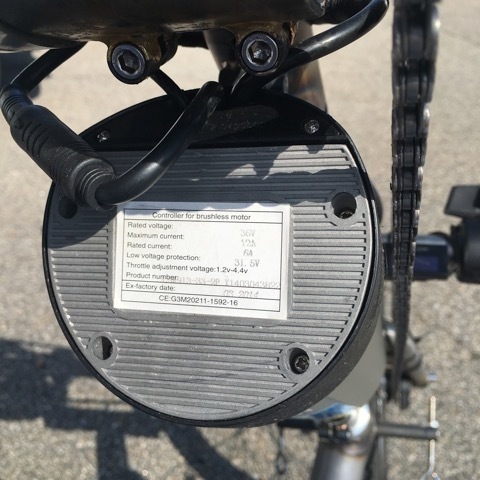 The racing seat includes an integral headrest. Hmmm, that means it doesn’t fit in the car. Not to worry, nothing a hack saw can’t fix. 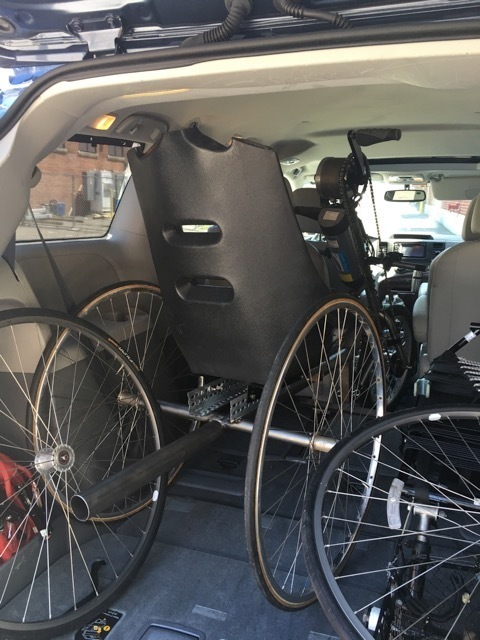 Sometimes hardware can be modified almost as easily as software. Fits perfectly now.
Download IMG_2843_copy.mov
This video shows my first test ride, with out the assist motor. I mainly wanted to see how it handles as a handcycle, before I try out the motor. It feels good, it turns out, and the 11 speed Shimano Alfine hub seems to be very smooth. It has an electronic shifter that's very cool. But the motor and the battery are both mounted up high, so that will take some getting used to as far as stability goes.

Download IMG_2844.mov
This video has the momentous turning on of the power. I took it out for a test ride, but I really needed both hands and couldn't take and videos. The assist motor is powerful and quiet. It has assist levels from 1 to 5. The device has  a display that says how much power its putting out. On level 1, that's about 75 watts. Even at this level, the assist was significant.
Browse the Archive »