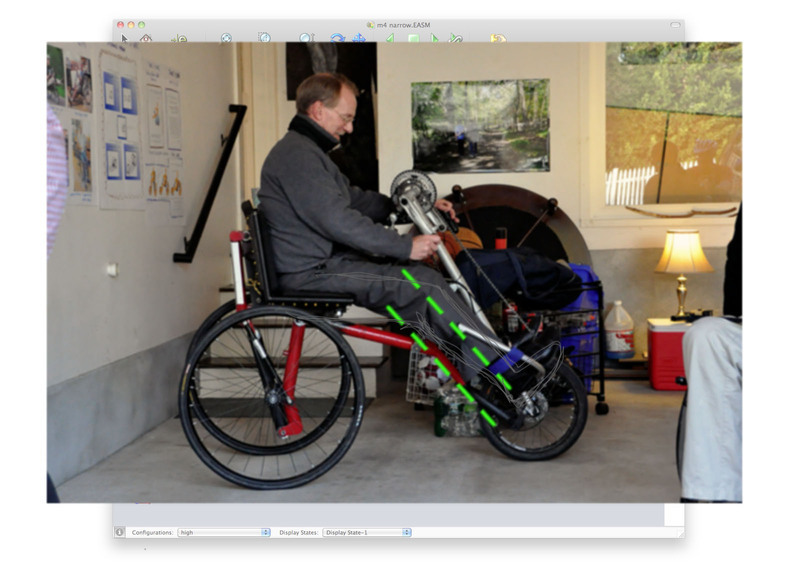 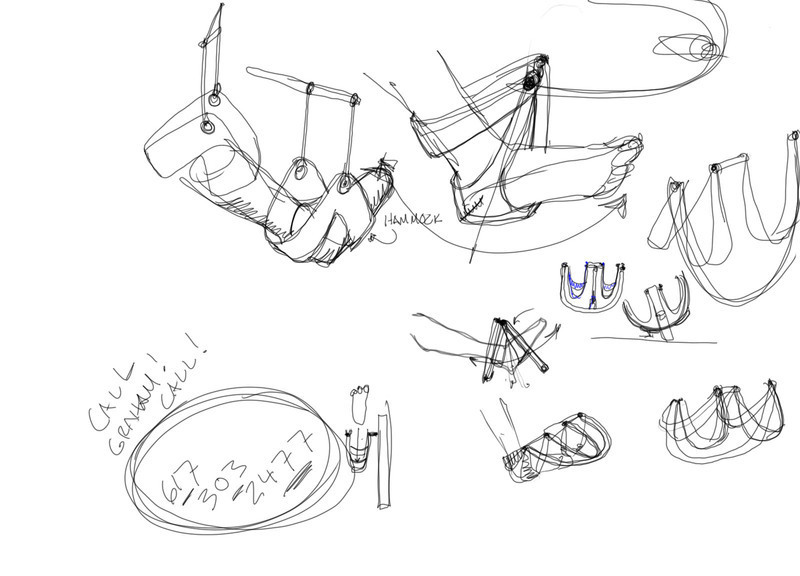 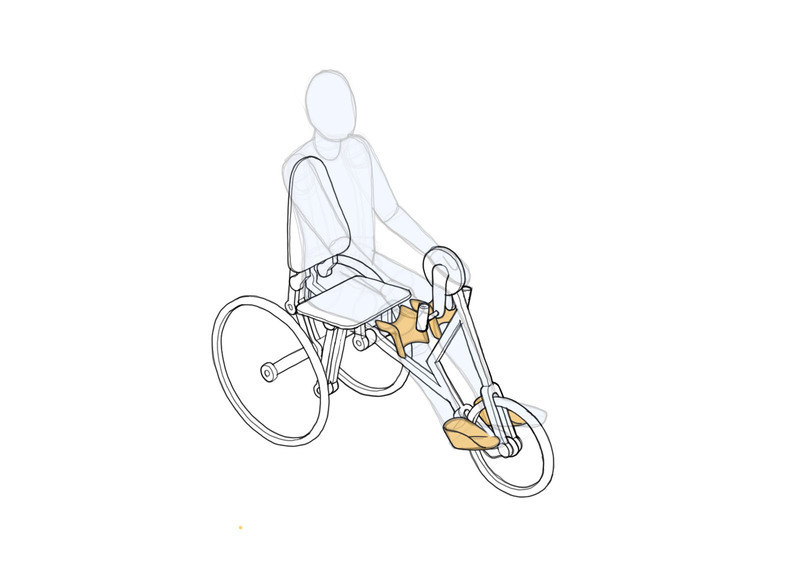 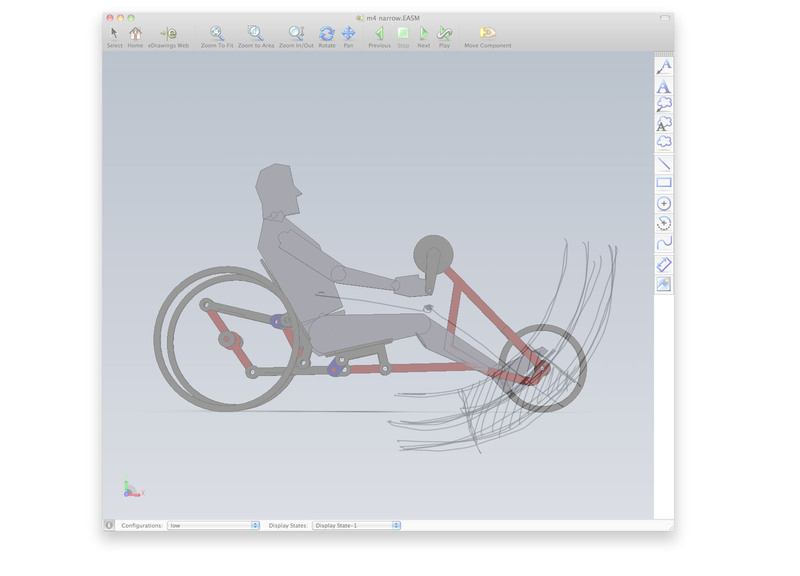 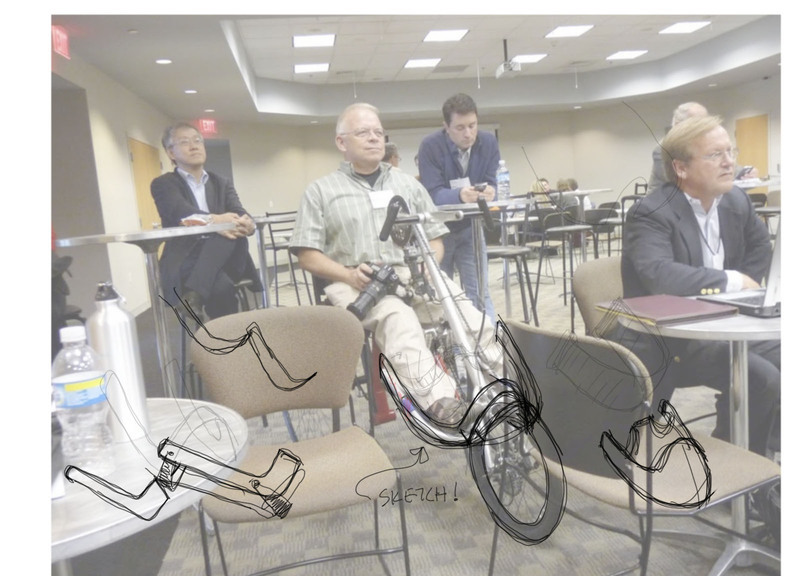 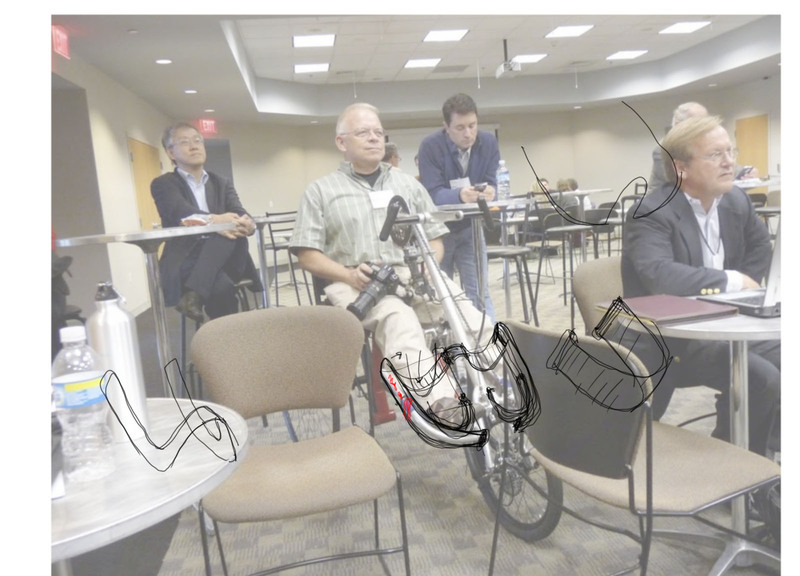 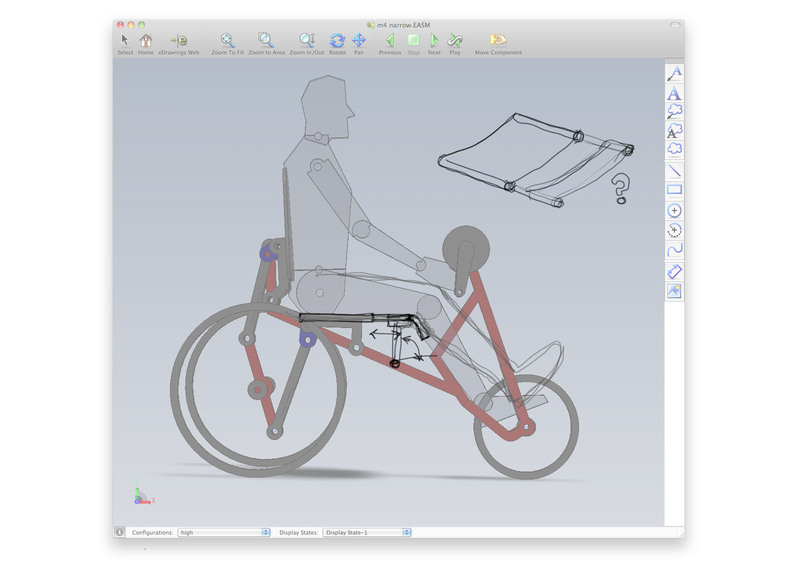 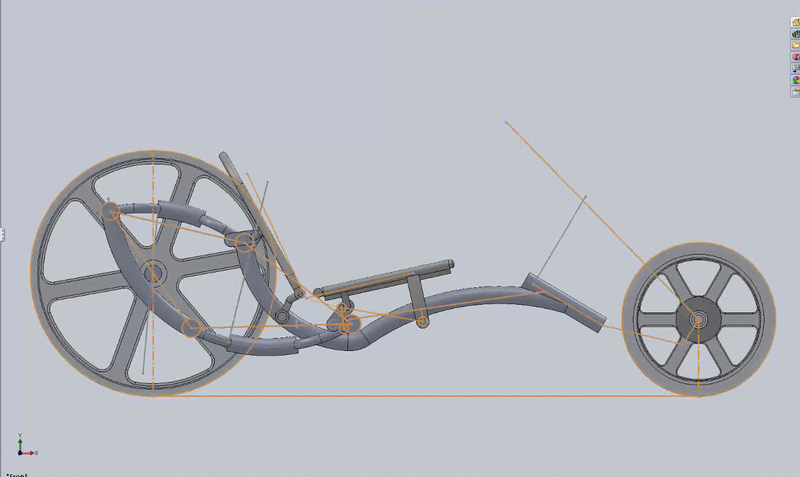 We started the session by looking at the issue of curved vs. straight tubes. Alan turned on the layer that shows where the main joints are. 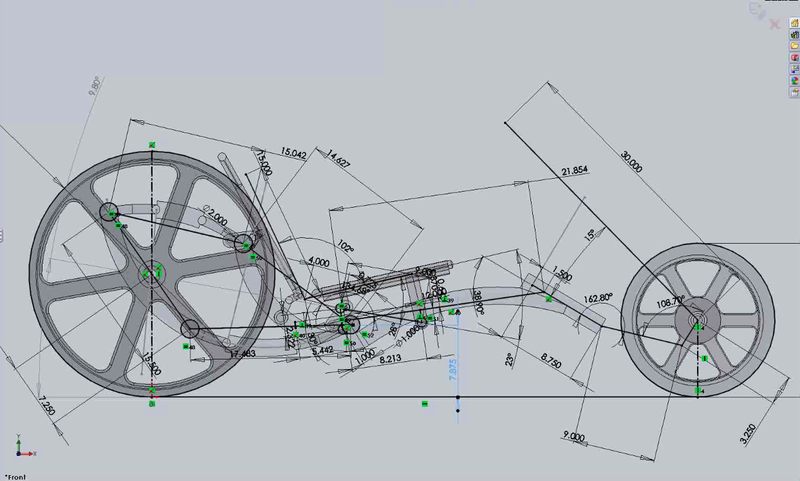 Just in case you want some dimensions and angles. 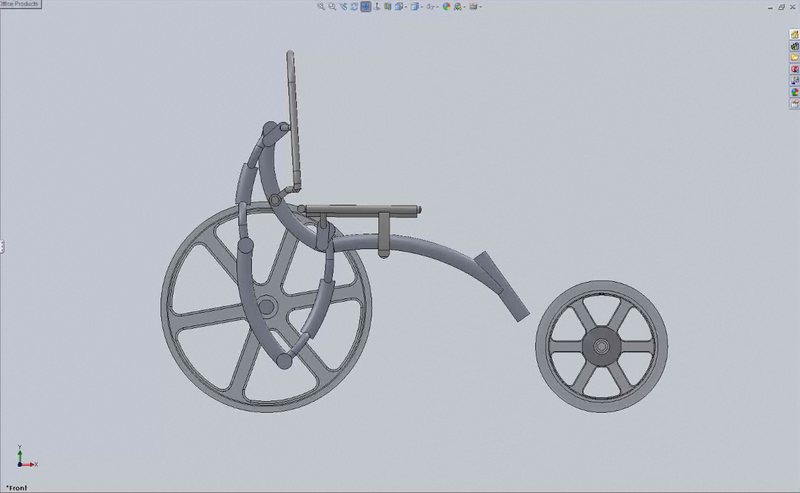 Curvy Morph in upright mode. Bill expresses concerns about curved tubes. One concern is how it looks...not as angular as our earlier designs, and also the difficulty in fabrication. Discussion moves to what would a design with straight tubes look like. Alan made some screen captures and we did some overlay drawings. 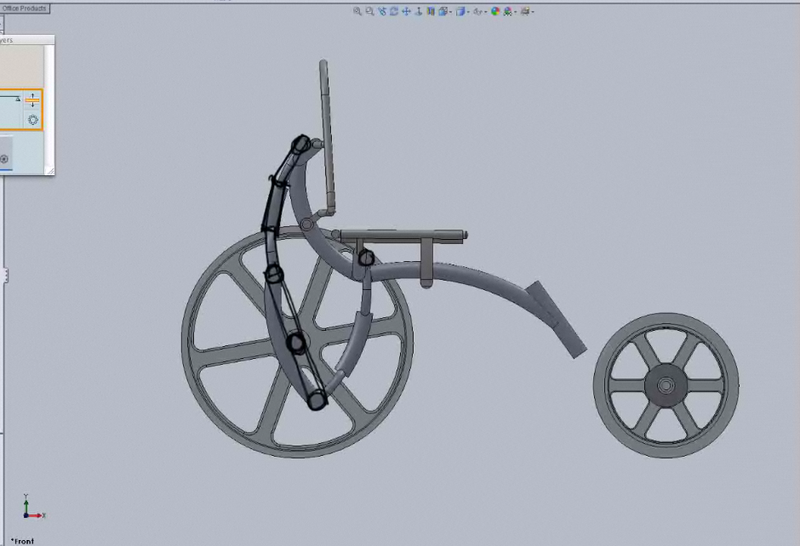 Here we straighten some of the tubes. 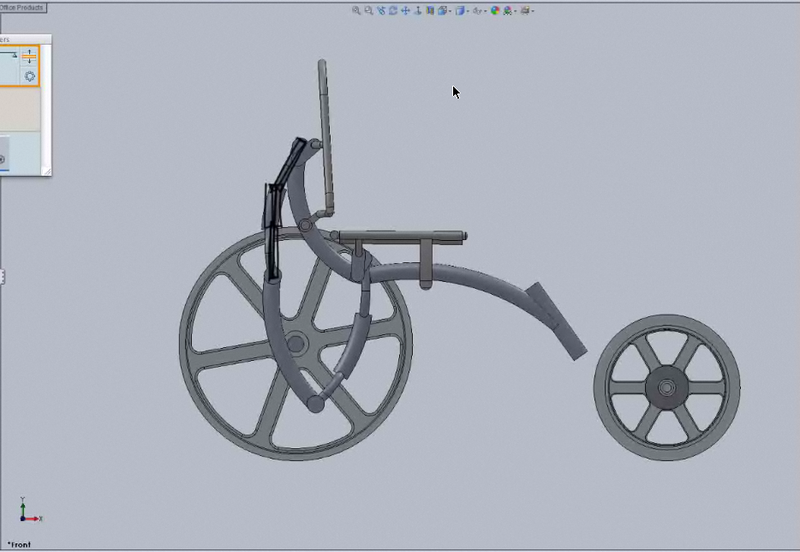 Now the upper tube has once joint, rather than two. 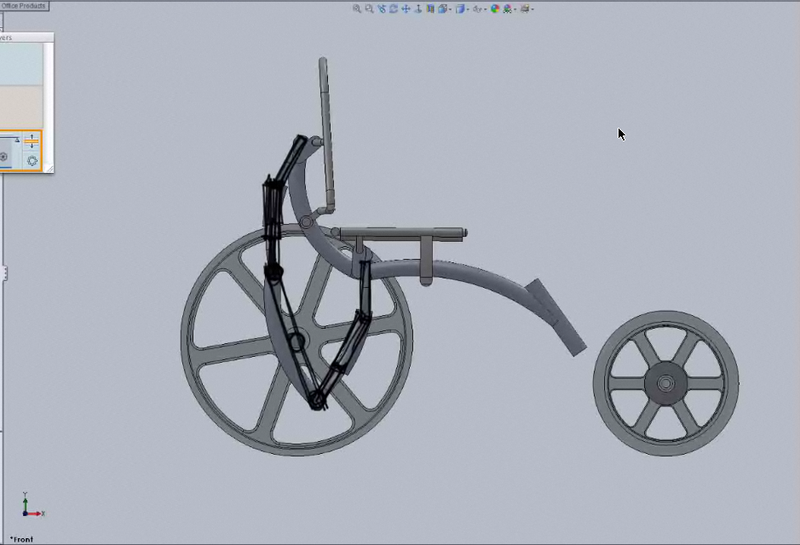 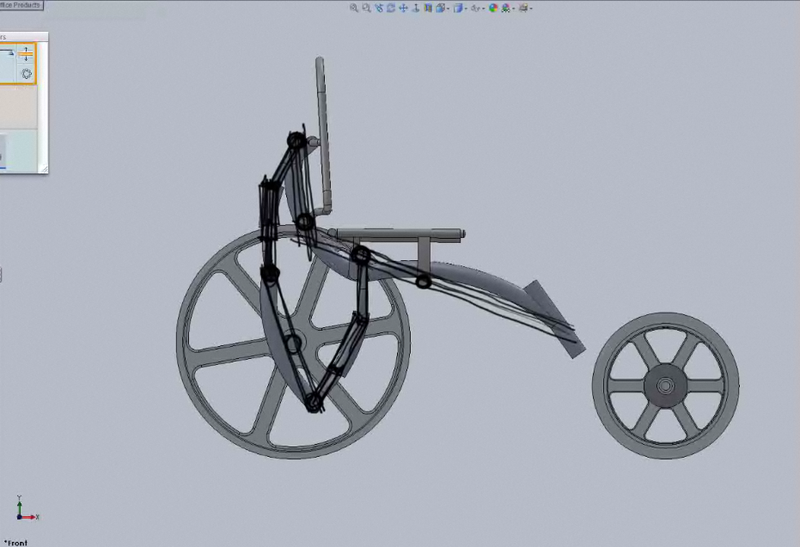 Now we look at straightening the main tube. But it bangs into the seat, which can change angles. 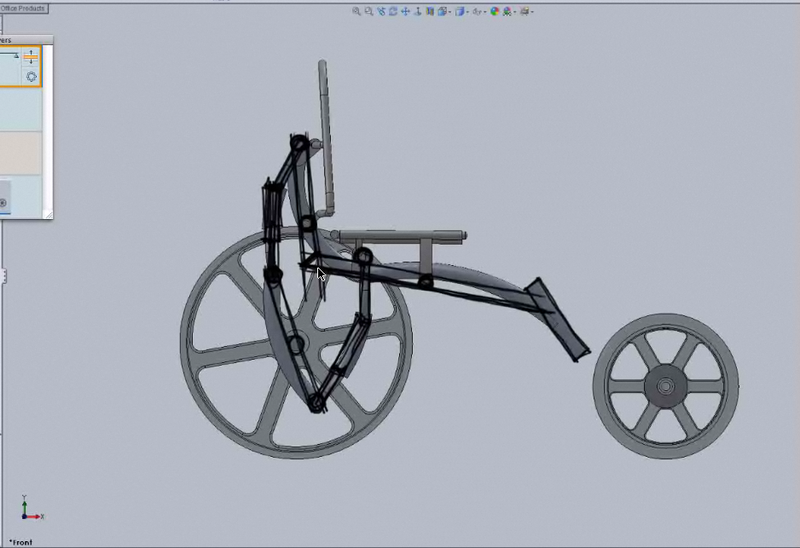 Now the main straight tube is below the seat joints. 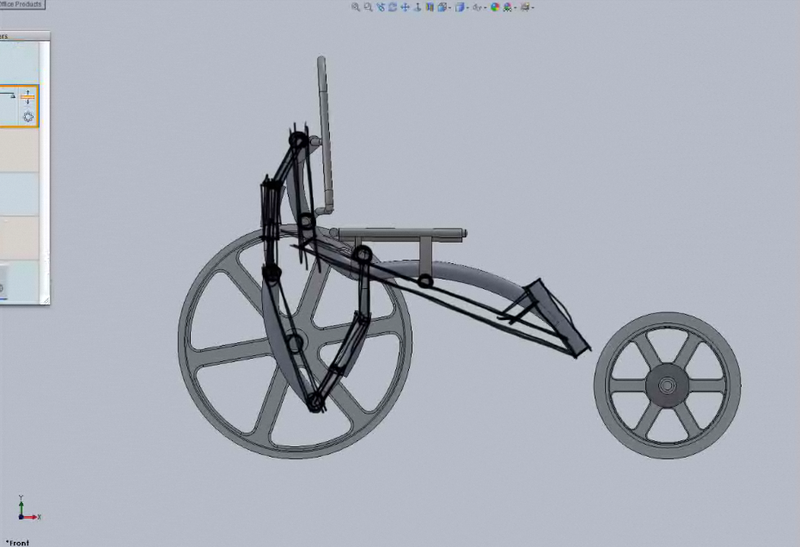 Adding the gusset tube to the head tube. 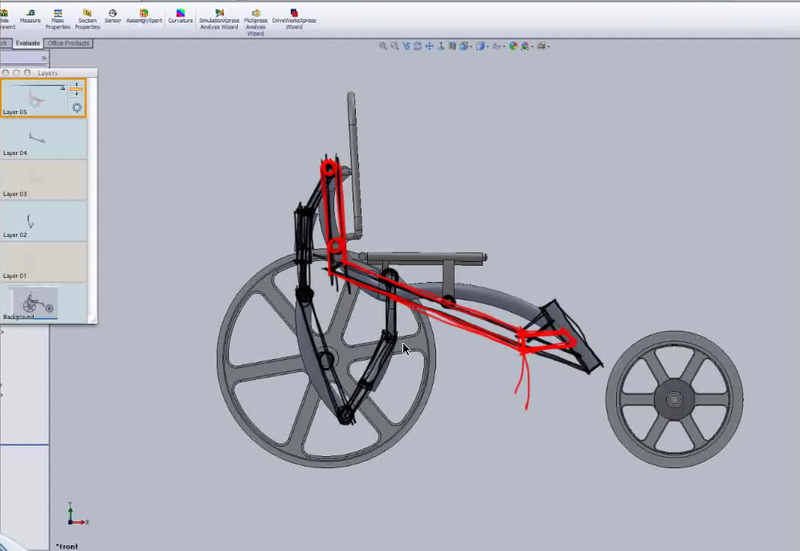 Another design for the main tube. One little weld, and then it hits the head tube in the middle. 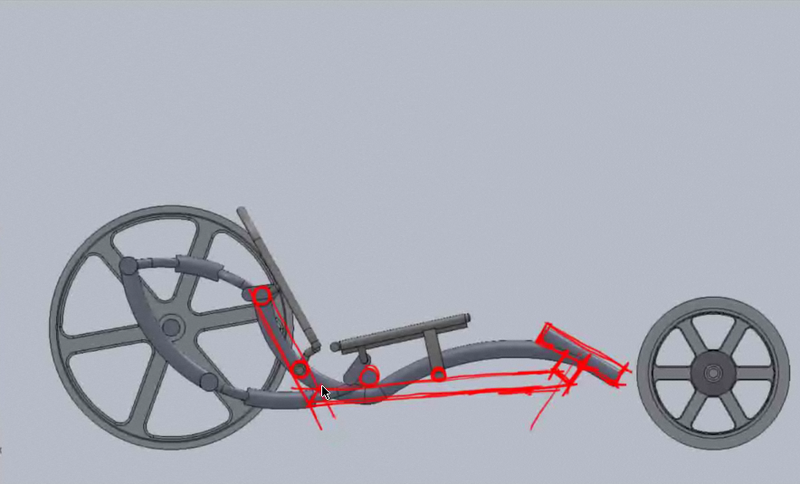 How it looks in low rider mode. 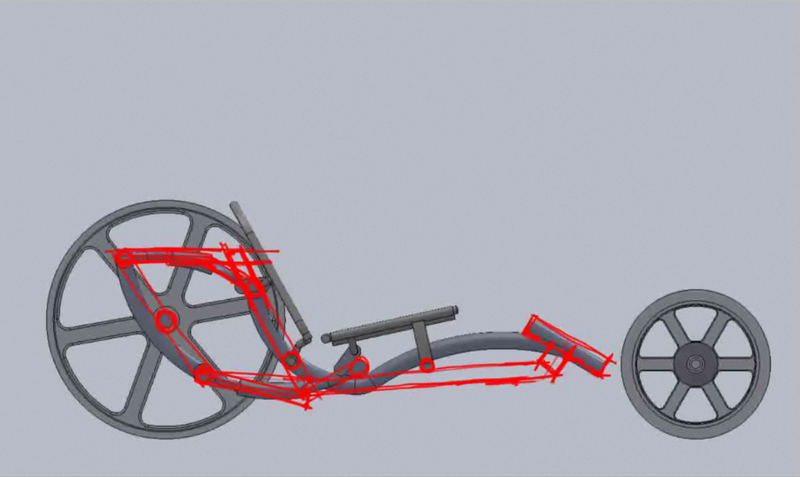 Now exploring how to make the members look good in low rider. Want them to be parallel. 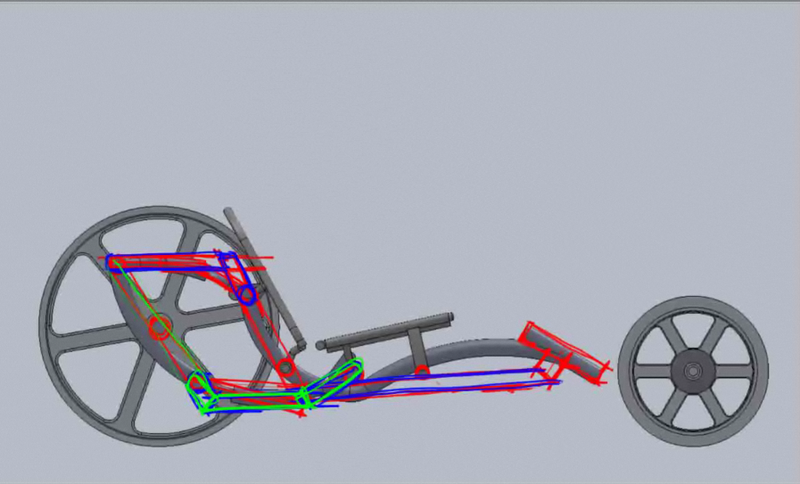 The upper, blue member now has an angle that causes the tube to be parallel to the green one on the bottom. 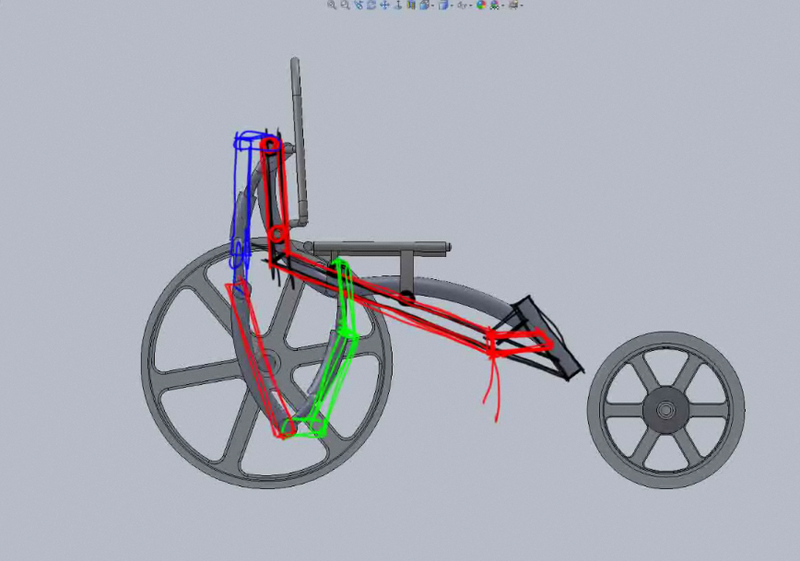 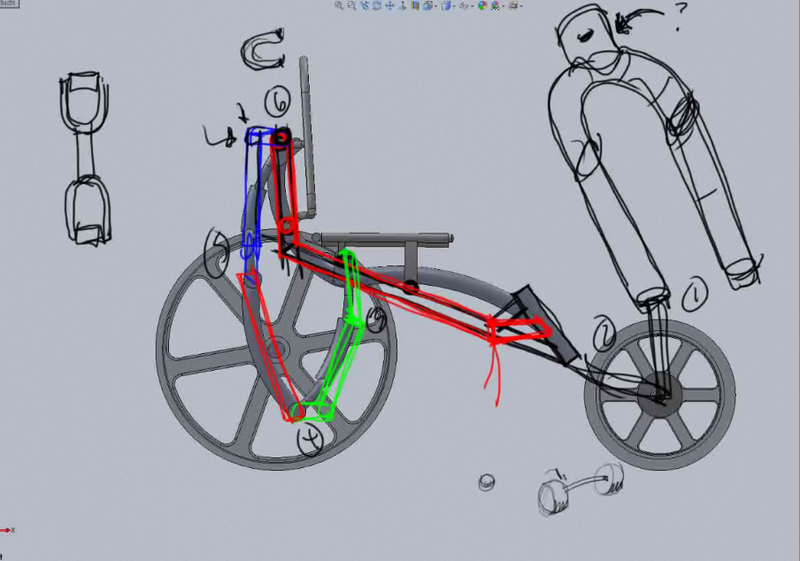 We discussed that there are 6 places where we have a fork. (oh my!). Need to figure out something that is lightweight, low cost, and looks good, and then gets repeated six times. 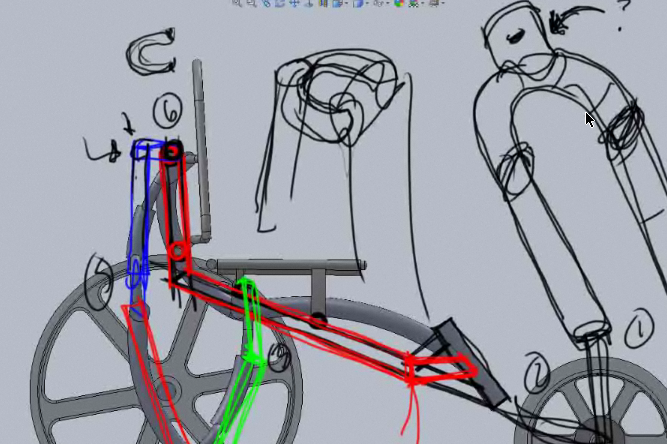 The center upper drawing shows a very short fork at #6.

We agreed that Alan should take another pass at the frame design, and we'll get back on the phone to refine further. Note that the initial curvy frame that he designed was about 3 hours of work! We are getting very fast at being able to make new morph designs in very minimal time.
Browse the Archive »