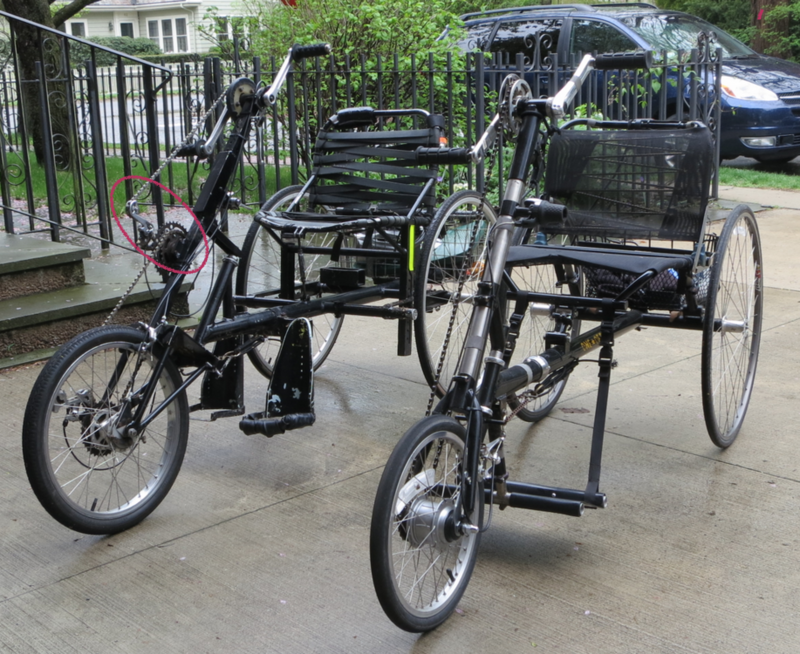 The New England Handcycle (NEH) is on the left, and the Travel Bike on the right. The NEH bike shown here was built in about 1982 by my company, New England Handcycles. It built handcycles in the basement of my house in Brookline, from 1980 to 1990 when Chris Hager, my frame builder and partner, moved to Africa.
The NEH bike uses a two stage drive, using two clusters. The intermediate cluster is circled. The Travel Bike uses an 8-speed internal brake hub.
The following chart shows the existing gearing on both bikes, and a proposed gearing for the Electric Handcycle:

The key figure to look at is the right hand column. The Full High Gear Inches. The NEH bike high gear is 82 gear inches. For each turn of the pedals, the bike will move 82 inches times pi (to get the wheel circumference). This about 21 feet per pedal revolution, and about 21 MPH at a cadence of 90. This is fast enough for gentle downhills, but on a big downhill, you begin to wind out.
The Electric bike is proposed to have the following gearing:

This yields a full high gear of 106, and a low gear of 7.8 gear inches. This low gear is lower than both existing bikes, and the high gear is higher. But this is done in large part by using a pretty extreme 9-44 cassette at the intermediate drive. We’ll see if that really works out. 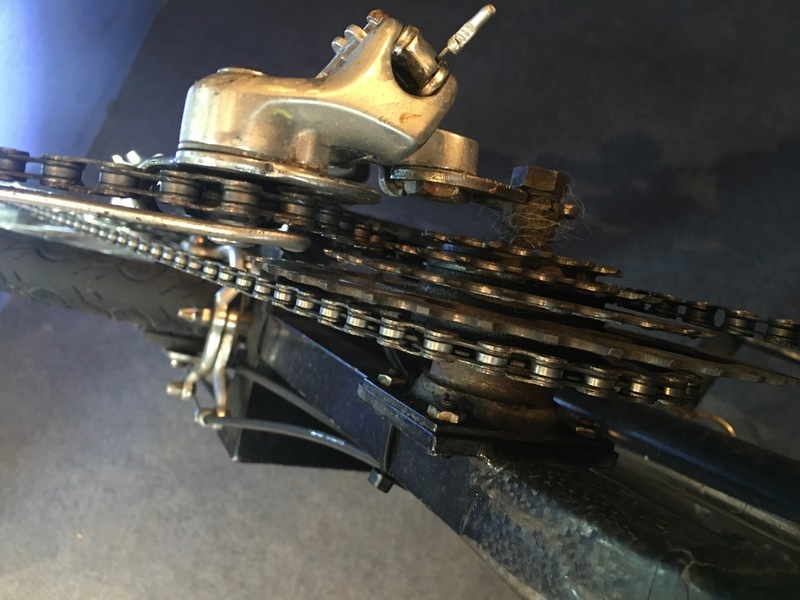 This photo shows the chain draping over four gears in the intermediate cluster on the NEH bike. Also shown is the chain driving down to the other cluster at the wheel. 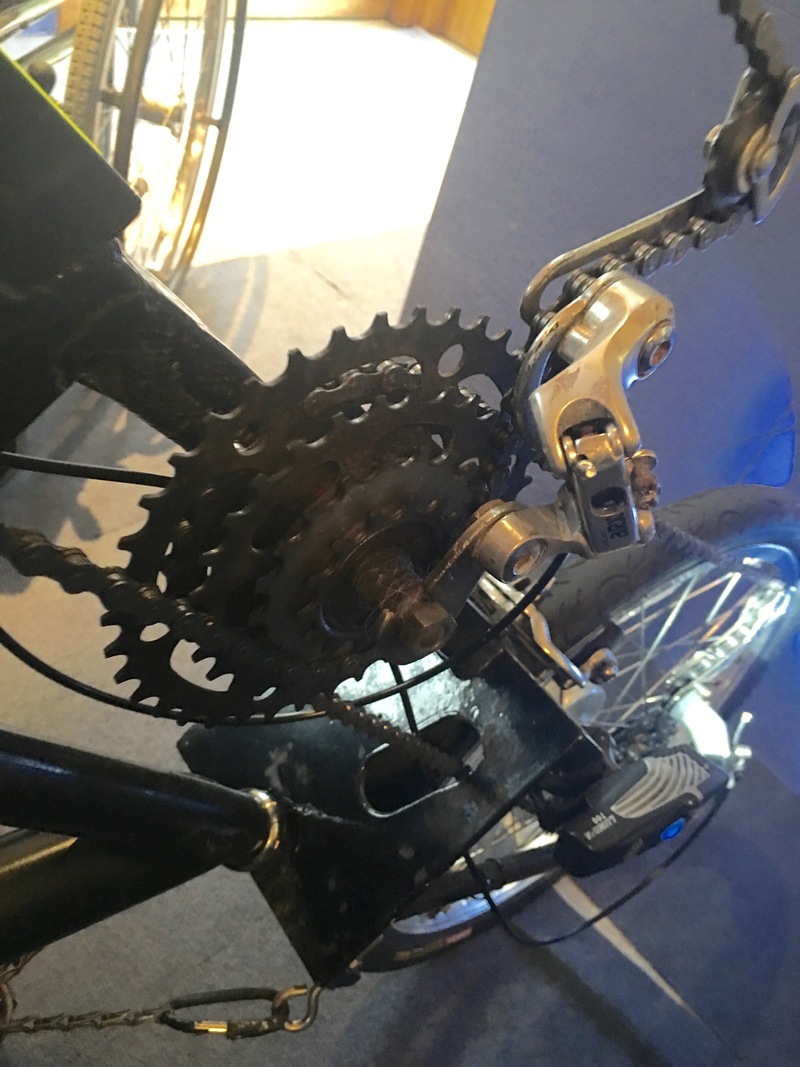 On the NEH bike, we used an old freewheel and rearranged the cogs so we have four drive cogs (13 to 38t). A fifth cog with proper spacing is used to drive the next stage gearing at the hub.
Pardon the viewer image below. It does a bad job showing the Excel spreadsheet. Better if you click the download link after the viewer and view the spreadsheet directly in Excel.
Download Handcycle_Gearing_V1.xlsx