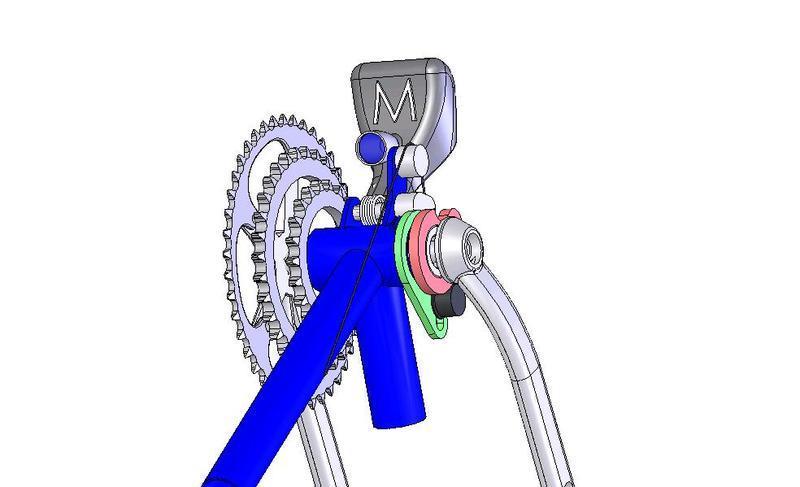 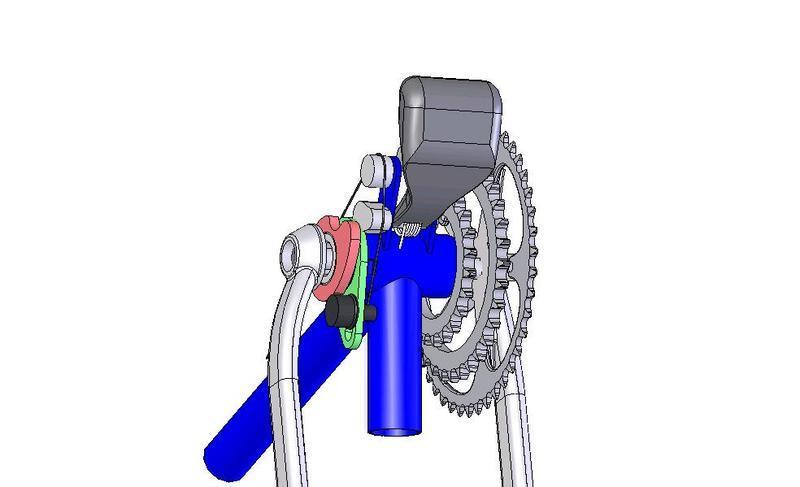 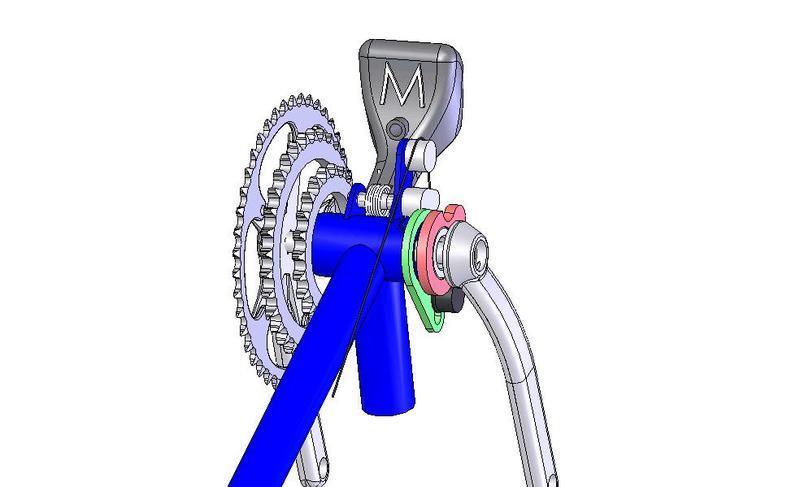 While we've had a cam-based brake on the New England Handcycle for 30 years, we've never cracked the issue of what happens when you want to make the cycle go backwards. For example, rolling back out of an elevator. We did add a little release for cable tension, but this was very dangerous, as it was easy to forget to turn it back on, only to find that your main brake is gone when you need it most.
So, for this project the goal was a "failsafe" brake release. It was harder to figure out than you would think. At first, we were trying to force the brake back on after a release by having the pedals reactivate the brake. But one day, while walking around at Dogpatch Labs in Cambridge, I saw lots of Solidworks models on the screens of one company, and I got to talking. I asked them to review the brake release problems and one of the engineers said quickly "you need a deadman mechanism." If you hold it, the brake is released. If you let go, then the brakes will work.
Voila. We created a big handle (in black) that serves as a grab-bar for steering when you go backwards. And by pulling backwards on this handle, you rotate a silver cam, which moves out of the way of the brake cable, reducing brake tension, and allowing the bike to back up. (The pedals go backwards when you back up, and without the release, the brake would come on immediately.
Design Items to Think About (From Bill)
1. The red cam could be in any position when you attempt a release. The way that the release is "unreleased" when you let go is from the coil spring. That spring has to generate enough force to allow the silver "slacker cam " to re-energize the brake, essentially by going from "off" or slack cable, to full on, or fully taught cable.
2. The black cam follower moves in the machined slot, and its pulling the brake cable on the other side. The brake cable force acts in one direction on once side of the follower, and the cam force acts in the opposite direction on the other side. This might torque the cam follower and make it jam in the slot.
3. The working brake is now moving over two friction points: the redirecting "pully" the top, and the "slacker cam" below it.
4. Nice clean mechanism, looks like it will be simple and reliable.
Browse the Archive »