[From Graham Butler, Janaury 31, 2011]
Here are the pictures of the quick release system for the front end.
They guy who bought this bike loves it.  Hasn't had any problems and has just ordered a second one the same to keep at his cabin. 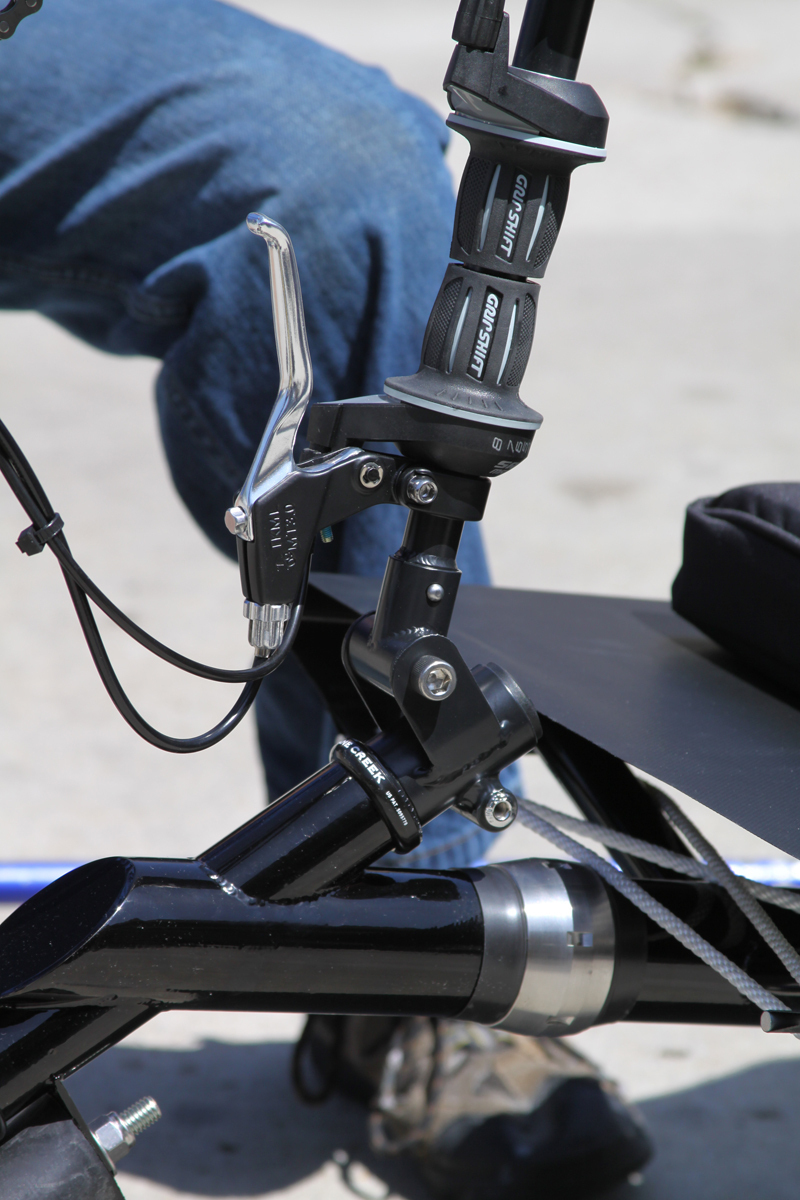 Morph will use similar release mechanism to make it easer to get on the bike. 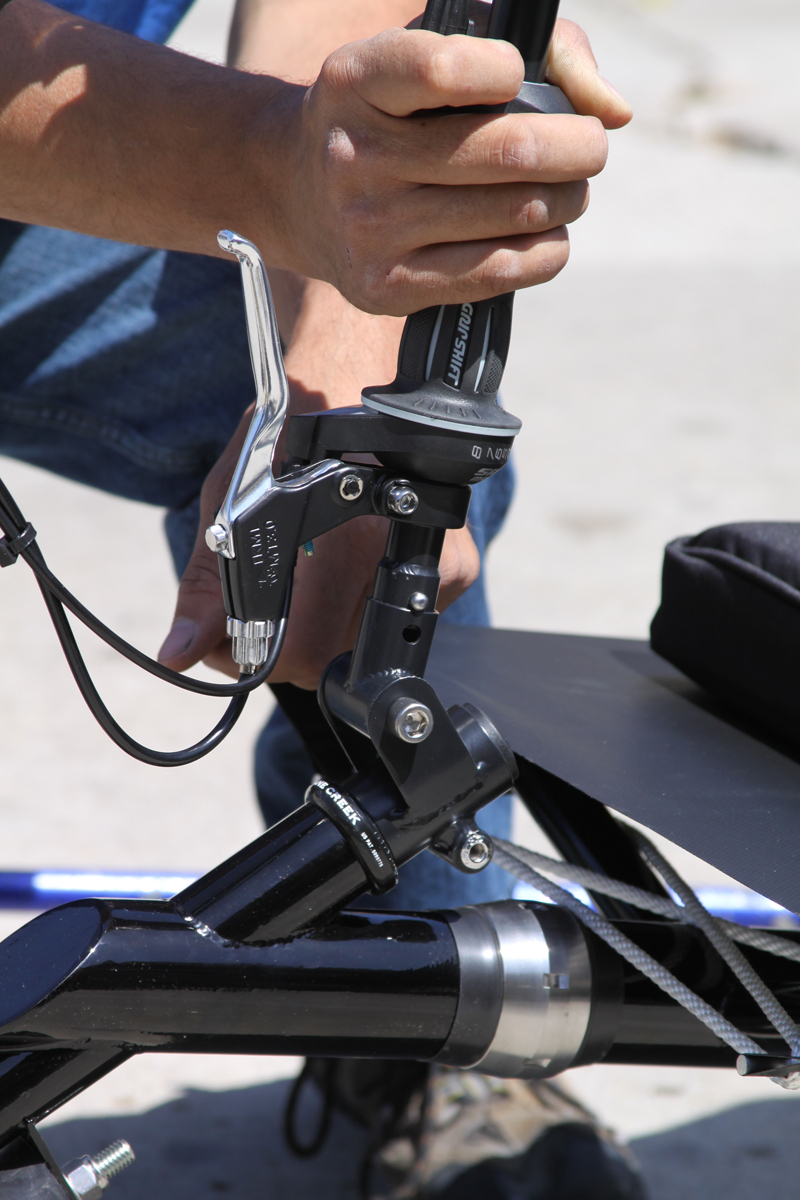 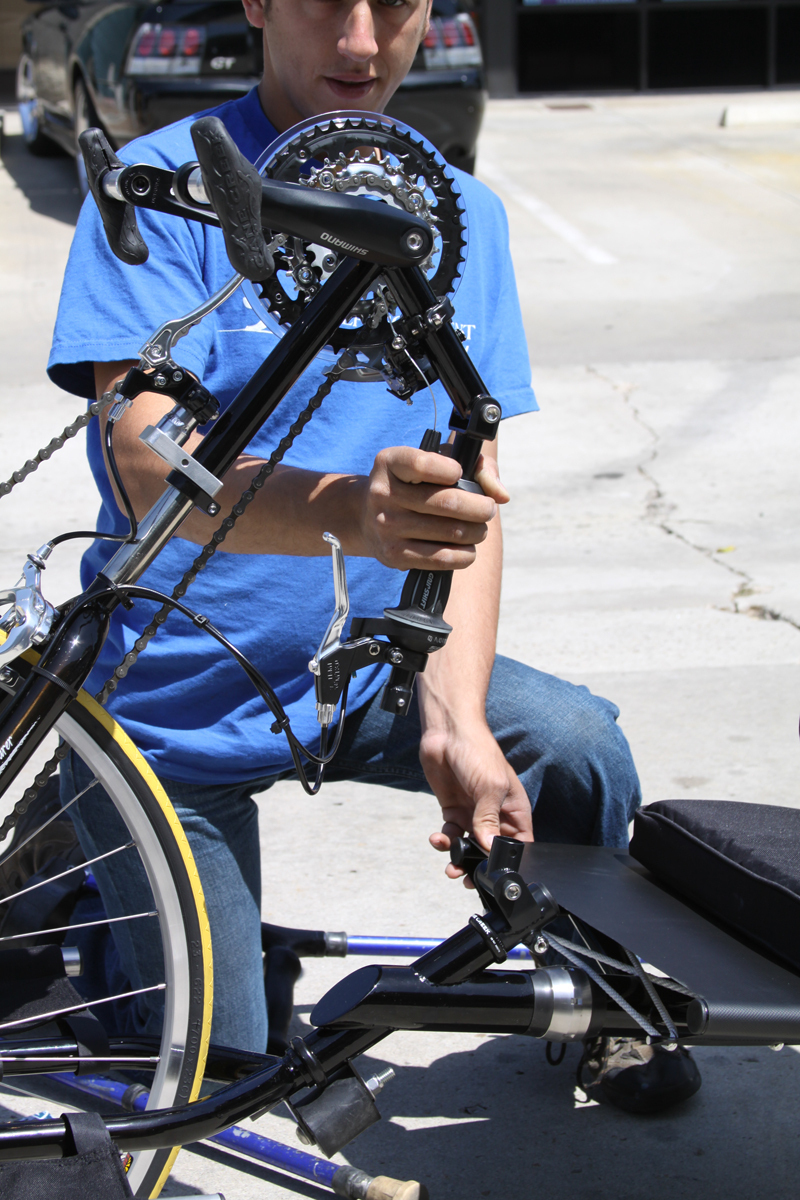 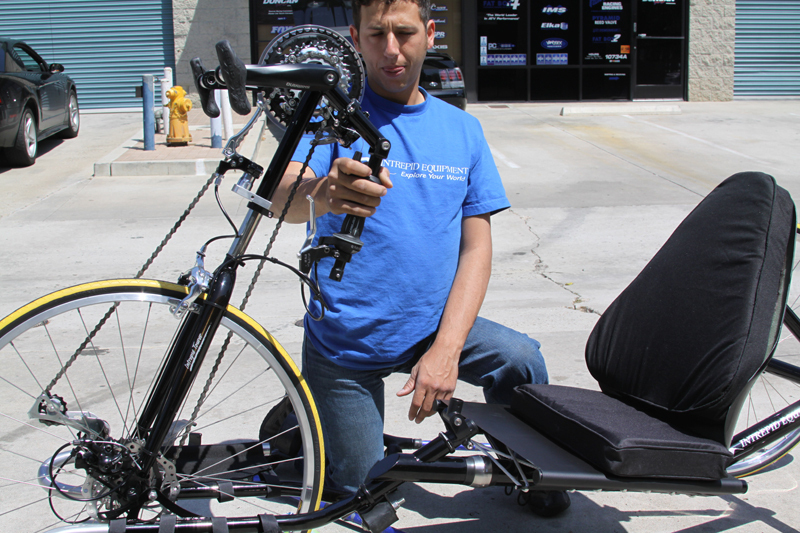 Pleanty of clearance to bring feet over. Not that this bike (like the Morph) is fitted with a coupler to allow the bike to break down for travel and stowing in a car. 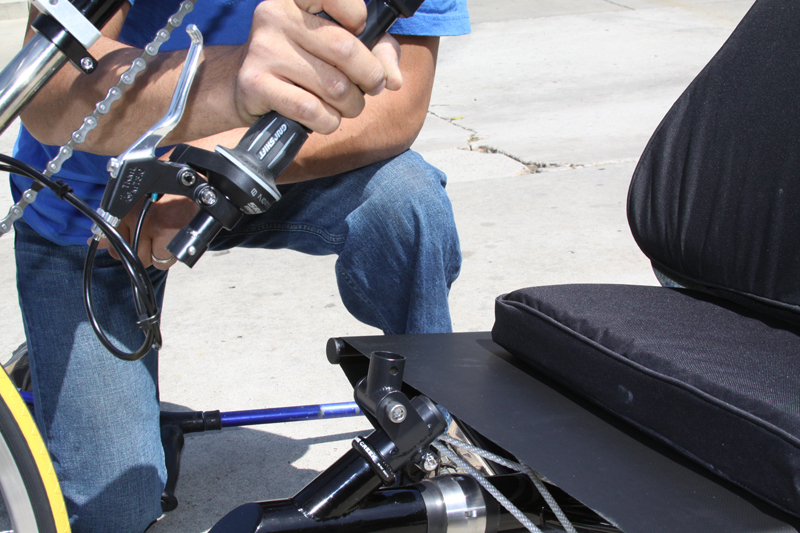 Then replace strut for riding by clicking it in the receiver.
Browse the Archive »